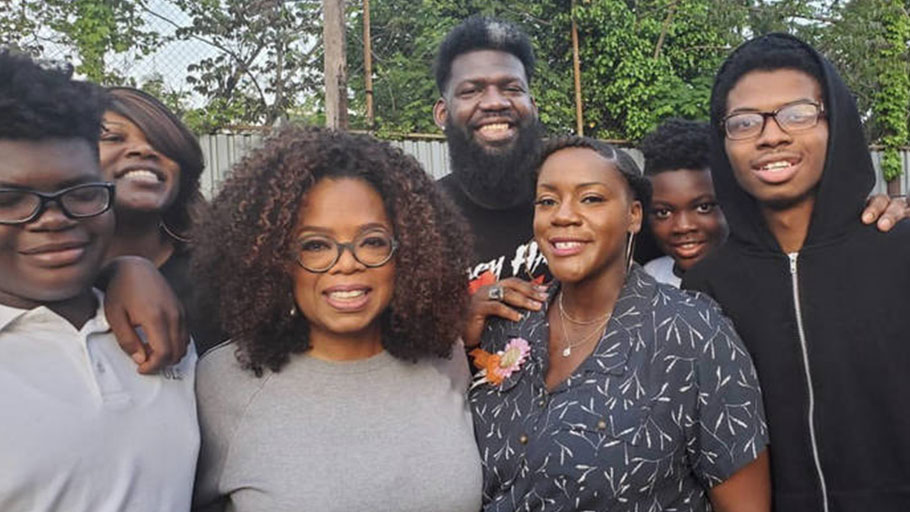 Oprah Winfrey surprised students and teachers Friday at Newark’s West Side High School with a donation for $500,000.

The visit and the donation was a surprise to many of the students – who still remained shocked Monday morning.

“When Oprah came Friday, it was so surreal…everyone lost their minds,” said one student.

The money will help fund the school’s Lights On program – an after-school and summer program for the community. It includes programs for sports, music and other activities and also offers meals and events to keep the students engaged during the evening hours when there can be dangerous situations.

“The program was started in 2016 because I lost three kids to gun violence and I remember sitting back watching everything that happened in my part of the town, either my kids were doing it or it was happening to them,” says Principal Akbar Cook.

Cook grew up in Newark in the same neighborhood as many of the students. He says that he refers to all of his students as “his kids.” He was honored by the city Monday for his commitment to them.

Students say that the donation from Winfrey will help take their school to the next level.

“The fact that she came to West Side shows that we’re on the map. People recognize, people acknowledge us as a high school,” says senior Namire Craighead.

The Lights On program costs as much as $2,500 each time it is run. The money was typically raised by alumni. Winfrey’s donations will be enough to fund the program for at least three years.

Cook and West Side High School previously gained national attention when Cook installed a free laundromat in the school for students who did not have the means to wash their clothing.