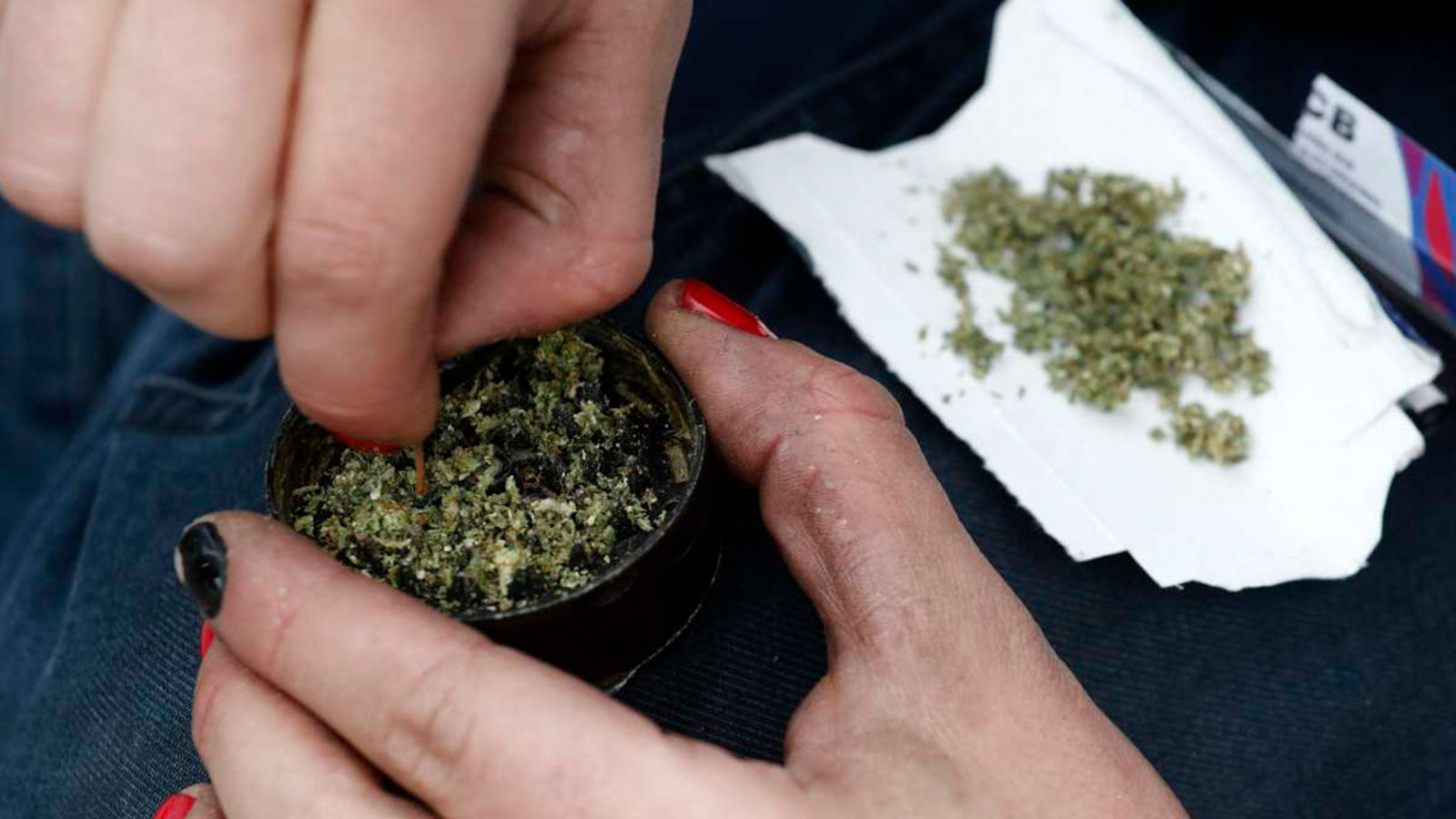 More than two thirds of Democratic respondents backed legalizing cannabis, while GOP voters were split on the issue.

Anew poll demonstrates that a majority of Americans believe that marijuana should be fully legalized, while only a small portion of the country thinks that the drug should remain illegal on the federal level.

Recreational use of cannabis is currently legal in 19 states. However, many states still have laws banning the drug’s use, and the federal government still lists cannabis as a Schedule I drug, in spite of President Joe Biden’s campaign promise to remove it from that list.

Recreational cannabis was a $15 billion industry last year in the states where it was legal, showcasing that it could be an economic boom for the entirety of the country. But beyond the economic benefits, the legalization of marijuana would mean the lessening of unnecessary drug convictions, which steal years of people’s lives and tear families apart; such convictions especially impact people of color, who are disproportionately targeted by police in the enforcement of drug laws.

According to an Economist/YouGov poll published this week, most Americans would welcome the legalization of marijuana. Just 28 percent of Americans want to keep the drug illegal at the federal level, according to the poll, while nearly 6 in 10 Americans (58 percent) say THAT it should be legal to use recreationally.

That support transcends all age groups, with those 18-29 years old showcasing the most support for legalization (65 percent). Those ages 30-44 aren’t far behind, with 63 percent backing legalization efforts for marijuana, and a majority (59 percent) of 45-64 year olds saying that the drug should be legal. Forty-seven percent of those over the age of 65 (a plurality of respondents in the poll) also back cannabis legalization.

One of the only demographics (besides self-identified conservatives) that had a significant spread against legalization efforts (greater than the margin of error in the poll) was voters who backed former President Donald Trump in the 2020 presidential election. Among those voters, 48 percent said they wanted to keep marijuana illegal — yet a significant portion (39 percent, or nearly two in five Trump voters) agreed that the drug should be fully legalized.

In addition to the question of legalization, the poll also asked whether Americans backed the idea of pardoning people with nonviolent cannabis-related offenses. Overwhelmingly, most said that they would support such a move, with 65 percent saying that individuals with such convictions on their record should be pardoned, while only 23 percent opposed the idea.

President Joe Biden promised to decriminalize cannabis on the campaign trail. However, he has failed to fulfill that pledge, and has pardoned only a small number of nonviolent offenders so far, doing very little to promote legalization efforts in the meantime.

In the spring of this year, the House of Representatives passed a bill that would end the prohibition of cannabis. Due to the Senate’s filibuster rule, however, that bill had little chance, if any, of passing in the upper chamber.

Earlier this month, a group of lawmakers — including Sens. Bernie Sanders (I-Vermont), Elizabeth Warren (D-Massachusetts) and Cory Booker (D-New Jersey) — lauded pardons that Biden granted to nine people who had been convicted for nonviolent drug crimes. However, the lawmakers called on Biden to do more, urging him to issue a blanket pardon that would remove such offenses for thousands of Americans.

“Much more has to be done to address the racist and harmful legacy of cannabis policies on Black and Brown communities,” the lawmakers said in a joint statement, recognizing the inequities in the enforcement of unnecessary drug laws.

Featured image: A demonstrator prepares to smoke marijuana during the “Cultivate Your Rights” march demanding its legalization, in Santiago, Chile, on July 3, 2022. Javier Torres / AFP via Getty Images.