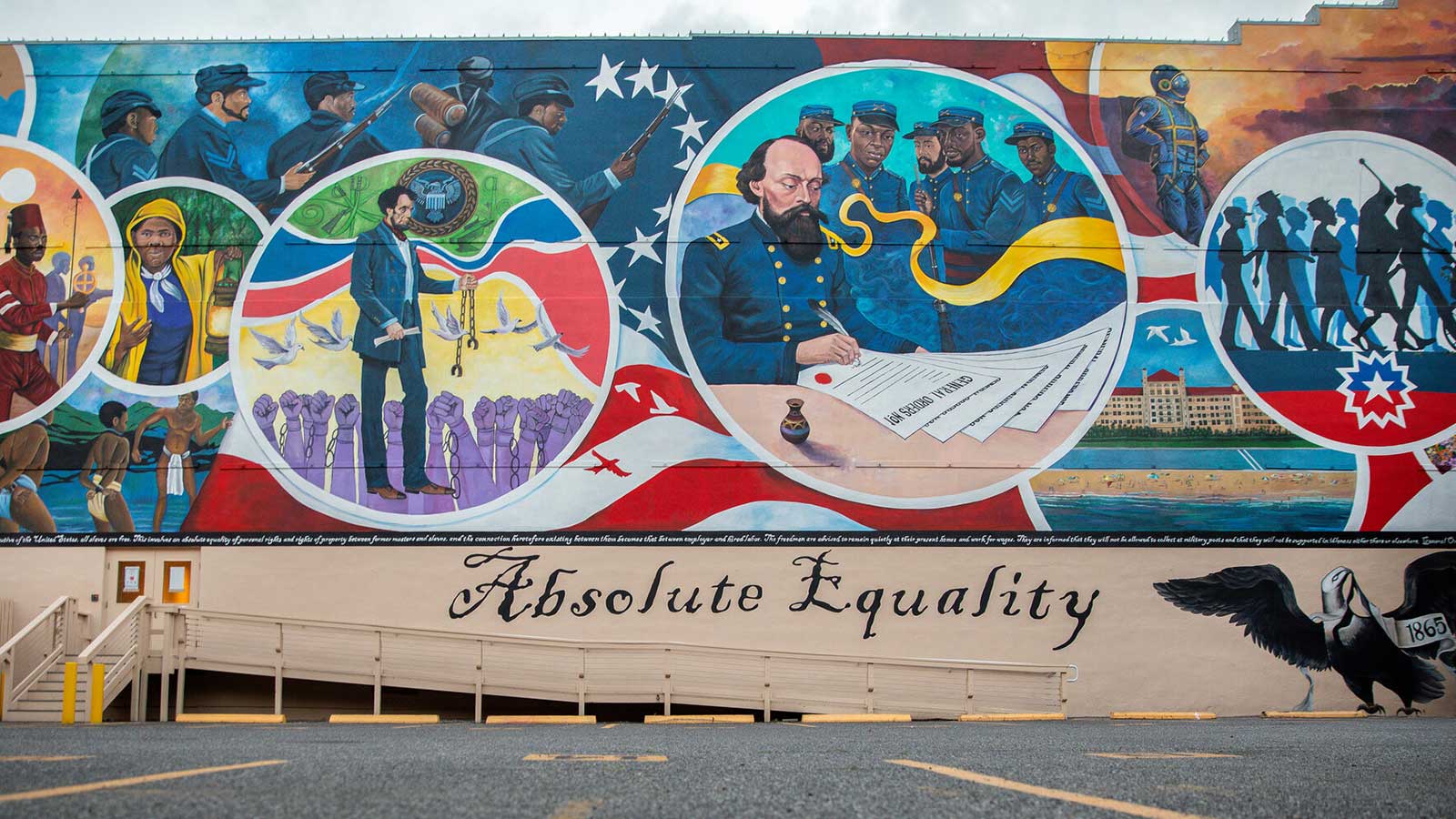 Hours after the House passed the bill and less than a day after returning from his first trip abroad as President, Joe Biden has signed the Juneteenth National Independence Day Act into law.

Biden signed the bill Thursday afternoon during a White House ceremony turning the day Union soldiers and Major General Gordon Granger arrived in Galveston, Tx and announced all enslaved Black Americans were now free. The law will go into effect immediately and since the holiday is on a Saturday this year, all federal employees will have Friday off.

“Today is a day to reflect what the Psalm tell us,” Biden said. “Weeping may endure for a night, but joy cometh in the morning .Juneteenth marks both the long, hard night of slavery and subjugation and a promise of an early morning to come. This is a day of profound weight and profound power, a day in which we remember the moral stain and the terrible toll slavery took on the country.”

President Biden, was accompanied by Vice President Kamala Harris and a number of Democratic politicians. Harris, who spoke before Biden, talked about the history of Juneteenth including they names the holiday was given before today/”Throughout the course of history Juneteenth has been known by many names, Jubilee Day, Freedom Day, Emancipation Day and today, a national holiday,” Harris said to a round of applause. “I see the advocates, the activists, the leaders, who’ve been calling for this day and I see members of Congress, members of the Congressional Black Caucus and members of the Senate who passed this bill unanimously.”

Juneteenth was first celebrated in Galveston in 1980 and since every state has recognized it except South Dakota have picked up the holiday. During the Black Lives Matter and Defund the Police movements last summer, many U.S. corporations and companies added the day to their holiday calendars.

The bill easily passed the U.S. Senate early in the week and the House Wednesday despite 14 Republicans voting against the bill.

The Congressional Black Caucus, under the leadership of Chairwoman Joyce Beatty of Ohio, issued the following statement on the recent passage of legislation elevating Juneteenth to a national holiday: “Passage of the Juneteenth National Independence Day Act, a day which officially recognizes the end of enslavement in the United States, is an important and long overdue step in commemorating the end of one of the most painful periods in our nation’s history,” said Chairwoman Beatty.

“The Members of the Congressional Black Caucus have waged this fight for decades and, while we will celebrate this milestone, let us not forget how much further we must go. Voting rights, the racial wealth gap, justice in policing and so many more issues remain to be overcome – and, through Our Power, Our Message, the Congressional Black Caucus will continue to lead the fight on these issues. We look forward to joining President Biden this afternoon as he signs this bill into law.”