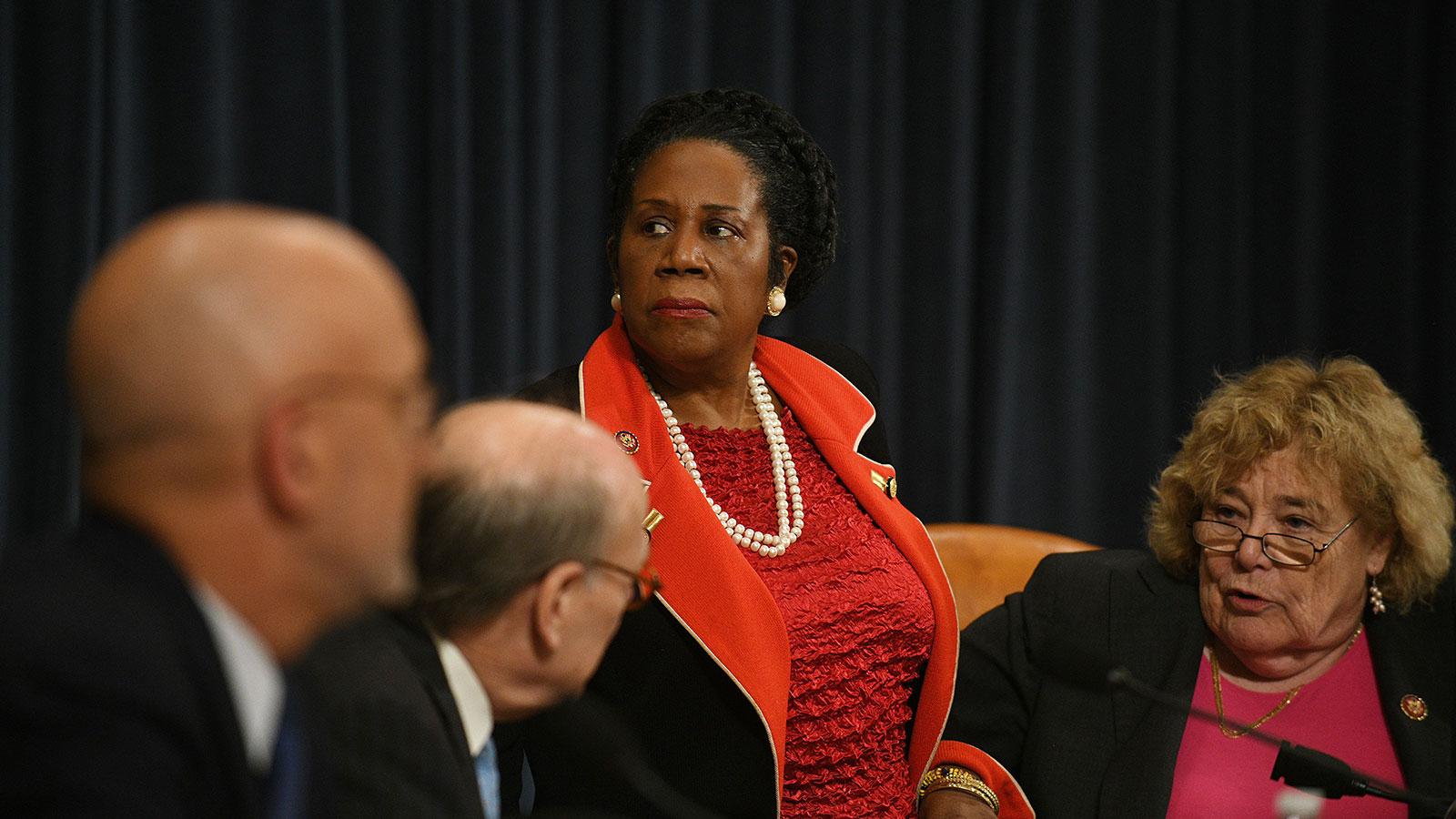 Did Making “Juneteenth” a Law Open Up a New Door to Reparations?

You Are Here: Home » Blog » Reparations » Did Making “Juneteenth” a Law Open Up a New Door to Reparations?

It’s worth exploring if Congress and the President just inadvertently opened up fresh new legal avenues for reparations by passing Juneteenth and calling Tulsa a “massacre”.

By Thurston Renrick, The Be Note —

It was 120 years after the first “Juneteenth” that I remember the first time I learned about Juneteenth. It was 1985 during a college recruiting trip to Texas. While the Emancipation Proclamation was issued by Abraham Lincoln in 1863, it wasn’t until 1865 that Black men and women gained their freedom. Some argue that it took an additional two years to end slavery in the Lone Star State because of poor communication networks. Others argue it was a lack of Union troops to enforce emancipation. This debate alone points to a larger problem of revisionist histories and the erasure of Black trauma. But in any case, it wasn’t until June 19, 1865 that slavery ended in Texas.

My recruiting trip was an education in optics. Thousands of people were gathered. What I witnessed was akin to a parade or a festival – much like the celebrations we see today. Juneteenth is now a federal holiday. People that don’t suffer the economic oppression that is rooted in slavery will get a paid day off while Black folks that disproportionately work in industries that stay open on holidays will continue to work. People will continue to have festivals and parties and celebrations – but do they know the true history of slavery and its supposed end? Do they know how this history affects everything in their lives today?

I don’t celebrate Juneteenth. I don’t have a problem with anyone who does, but I’m more concerned with making sure that Black people study our own histories. I want them to know that we were never freed … and that if we don’t learn these histories and ensure they aren’t erased, we may not be able to achieve true freedom in our lifetimes.

From Federal Holiday to Legal Recourse?

With both Democrats and Republicans in the Senate and a majority of Republicans and Democrats in the House voting for passage of the “Juneteenth Day” bill into law, we now have a paid time-off federal holiday for everyone.

But, it’s possible this presents certain legal possibilities that have not yet been captured in the public conversation on Juneteenth. We should consider this is the first time we’ve seen a government institution like Congress, along with a sitting U.S. president, unanimously acknowledge and sign into law what amounts to an official federal government acknowledgment that slavery took place. There were resolutions introduced in the House and Senate separately in 2008 and 2009 that would have made the U.S. government apologize for slavery, but those were never combined into one joint piece of legislation. It is ironic that as Juneteenth becomes law, there is a major effort to eradicate “Critical Race Theory” – or the basic teaching of the history of racism in America in classrooms – that is gaining ground at rapid pace. In addition, we still have H.R. 40, the bill to activate a Commission on the study of reparations for African Americans, still languishing in the House, but still not passed. However, we should explore now what a federal holiday means and if it opens up any new legal doors towards reparations.

A federal holiday on “Juneteenth” is an official government observance of an event that was precipitated by the existence, harm and destruction of slavery. While the federal government is not formally apologizing for slavery with this holiday, it is making a formal acknowledgement – and that may open up the path toward an official apology and future reparations.

It is also the first time that contemporary Republicans are inadvertently admitting that chattel slavery is something that did take place and that it ended in 1865. Since Juneteenth was a celebration of emancipation from the destructive and traumatic horror of enslavement, voting for it as a federal holiday into law means that an official acknowledgment has taken place. Those Senators and House members are all now on record basically saying “yes, slavery took place and it was such a horrible institution that enslaved Black people celebrated its end.” Voting by the House and Senate and the signing into law by President Joe Biden could potentially make the United States government liable, culpable and legally responsible for reparations – or, it at least makes the possibility of such worth exploring.

The 100th anniversary of the Tulsa Race Massacre helps us explore this much further. It also provides a good example of history lessons that Black people need to learn. They must learn it correctly because if we don’t understand the truths about the crimes committed against us, we cannot come together to find justice for them.

Biden’s recent statement on Tulsa may have brought us a step closer to collective understanding and justice. For the first time in U.S. history, an American President has acknowledged that what White people did to Black people in 1921 in Tulsa was not a riot, as it had been previously described. It was a “massacre.”

Biden took a pause and then stated …

My fellow Americans, this was not a riot. This was a massacre — (applause) — among the worst in our history, but not the only one. And for too long, forgotten by our history.

This is important for two reasons.

First, acknowledging the burning of Black Wall Street was a massacre and not a riot validates for Black Americans and all Americans that the event wasn’t just a public assembly that got out of hand. It was an intentionally organized and orchestrated mass killing of people through cruel and atrocious means. Biden himself noted …

Through the night and into the morning, the mob terrorized Greenwood. Torches and guns. Shooting at will. A mob tied a Black man by the waist to the back of their truck with his head banging along the pavement as they drove off. A murdered Black family draped over the fence of their home outside. An elderly couple, knelt by their bed, praying to God with their heart and their soul, when they were shot in the back of their heads.

Now more than ever, it is vitally important that we are clear on the difference between a “protest” and an “insurgency,” or a “riot” and a “massacre.” We need to understand the organized and violet tactics used against Black people by White people in the United States. And we need to know the depths of the struggles our parents and grandparents and ancestors faced so we can understand the struggles we as Black people must defend ourselves against today.

Being truthful together is the foundation for seeking justice together.

This brings us to our second point: Biden’s use of the word massacre instead of riot may have inadvertently bolstered the case of victims and families of the Tulsa Race Massacre seeking a legal avenue through which to seek reparations.

According to the Oklahoma History Center

… [I]n addition to the practice of labeling similar events as ‘riots’, there was another important factor in assuring this would be designated as a ‘riot’ and that was the riot exemption standard in insurance policies at the time. If official authority designates the event as a ‘riot’ then insurance companies do not have to honor the claims of their policyholders.

Words matter. They matter when it comes to our collective understanding of an event. And they matter in a court of law. Revising the historical record to ensure Tulsa was labelled a riot instead of a massacre ensured that the Black community would not be held accountable for its losses.

According to the Wall Street Journal …

Greenwood property and business owners suffered at least $1.5 million in losses in 1921 dollars, according to a 2001 report from a bipartisan commission appointed by the state to study the event. That’s roughly $22 million in today’s dollars, according to the U.S. Bureau of Labor Statistics. The figure likely underestimates total losses, as not everyone had full insurance coverage or went to court.

Ultimately, insurance companies fell back on an exclusionary clause that prevented payouts on many claims. The policies with that clause said insurers wouldn’t be held liable for loss ‘caused directly or indirectly by invasion, insurrection, riot, civil war or commotion, or military or usurped power.

By validating that the events in Tulsa in 1921 were a massacre and not a race riot, Biden may have strengthened the position of victims and their families exploring lawsuits against insurance companies for damages. Such an effort would not be unprecedented.

For example, Deadria Farmer-Paellmann uncovered evidence that insurance companies had offered policies to slaveholders that would give them payouts in the event a slave had died. One of the companies that had participated in this practice was Aetna.

Farmer-Paellmann was able to gain access to Aetna’s slave policies and they were later pushed to make a public apology. This admission led to the basis of a number of lawsuits filed by Farmer-Paellmann seeking reparations from private companies that had offered insurance to slaveholders.

While there is a current lawsuit seeking damages from the city for the damages inflicted in Tulsa, Biden may have opened up an opportunity for the victims and their families to target the insurance agencies and private entities that participated in and benefited from the Massacre in Tulsa.

Biden may have also, inadvertently, opened the door to Civil Conspiracy tort lawsuits. According to Minc …

A defendant is liable for the tort of civil conspiracy if the plaintiff can successfully prove the following four elements:

The defendant entered into an agreement with at least one other person;

To commit a tort or other wrong;

The act was in furtherance of the agreement; and

As a riot, it would be difficult to make a civil conspiracy claim. The entities involved would not necessarily be perceived to have entered into an agreement to commit a tortious or unlawful act. A riot carries the perception that both sides participated in the violence. With a massacre, it is clear that one side committed a slaughter against another.

By changing the narrative in both of these instances, the passage of the Juneteenth holiday bill and the acknowledgment of the events in Tulsa, OK 100 years ago as a massacre, may have also changed the strategic avenues through which we can seek justice.

Instead of focusing all of our energy into festivals and parades for Juneteenth, we need to honor enslaved ancestors, victims of the Tulsa Massacre and our community by pursing justice for them and their families. We need to teach the history of this massacre through the daily action of seeking justice together. We must continue to demand that the truth of Black America be spoken clearly at every level of public and private life so that we can expose the truths of our histories and re-write the paths towards our futures.