WASHINGTON, D.C. – Institute of the Black World 21st Century (IBW21), led by its President Dr. Ron Daniels, will convene a national town hall meeting on the impact of the critical midterm elections on Black America and the Pan African World, on Thursday, November 10th, 7:00pm at Cramton Auditorium on the campus of Howard University in Washington, D.C.

“The 2022 midterm elections will be among the most consequential in American history and have an impact on Black people in this country and the world. They will be every bit as important as presidential elections,” said Dr. Daniels. “It is imperative that we analyze the impact of these critical elections and develop strategies to promote and protect our interests and aspirations.”

“Given what’s at stake for Black people in the midterm elections, I am honored to be joined by my friend Roland Martin to facilitate what will likely be the first major assessment of the
outcomes on our people by such a distinguished panel of Black leaders,” Dr. Malveaux commented.

The meeting is free and open to the public and will be live-streamed. It is expected to be carried live by a number of media partners. 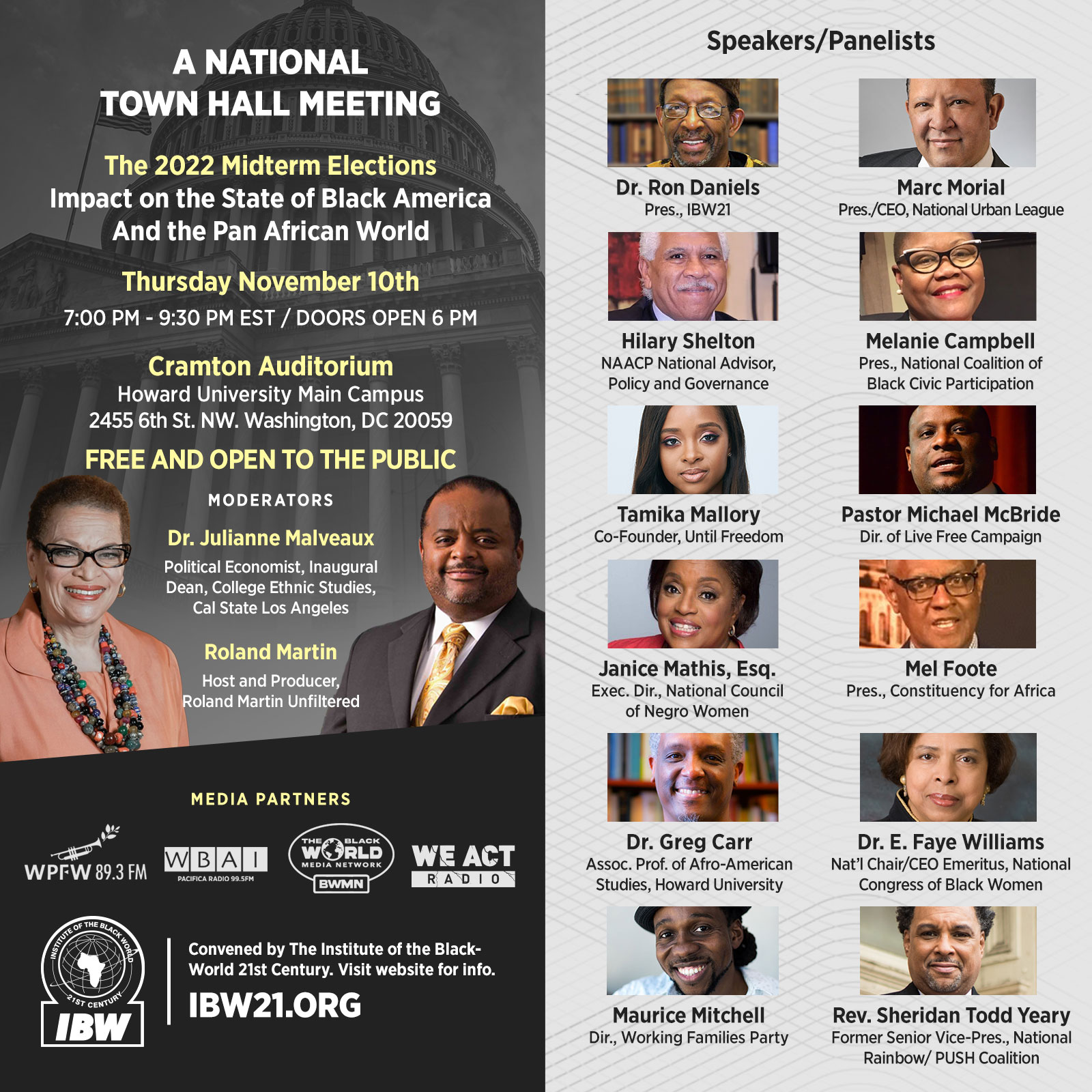 About The Institute of the Black World 21st Century (IBW21)

IBW21 has established a reputation for convening major gatherings of importance to Black people in the U.S. and globally, including State of the Black World Conferences and national town hall meetings following U.S. presidential elections.

IBW21 emerged as an outgrowth of the State of the Black World Conference which attracted some 2,500 African American scholars, activists, organizers, and concerned individuals to Atlanta in 2001. Convened by a core group of veteran social and political activists led by Dr. Ron Daniels (former Executive Director, National Rainbow Coalition; Deputy Campaign Manager, Jesse Jackson for President, 1988 and Executive Director, Center for Constitutional Rights), the birth of IBW21 was more than a decade in the making. Under the auspices of the African American Progressive

IBW21 was conceived as a resource center and engine for capacity-building and empowerment of Black organizations and communities, utilizing cooperative and collaborative methods and strategies.