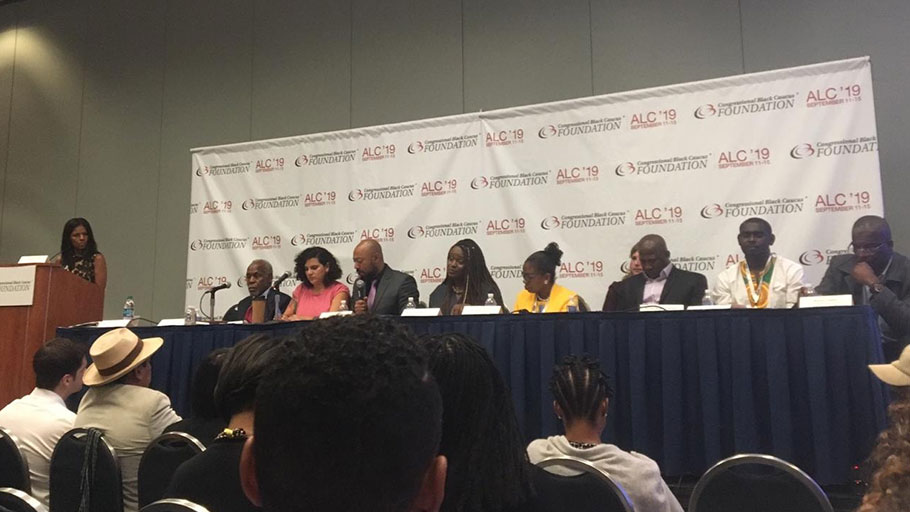 Shining a light on Black suffering and slaughter in Latin America

You Are Here: Home » Blog » News & Current Affairs » Shining a light on Black suffering and slaughter in Latin America

Though there are differences, Blacks in the Western Hemisphere are suffering and need to find ways to connect and support their struggle, overcome racial oppression and thrive.

That was a major message from “The Decade of the Diaspora: A Conversation on the Afro Descendant Experience in Latin America” panel discussion at the Washington Convention Center during the recent Congressional Black Caucus Foundation’s annual legislative conference, a series of sessions, events and discussions connected to issues championed by the Congressional Black Caucus and of importance to Black America. 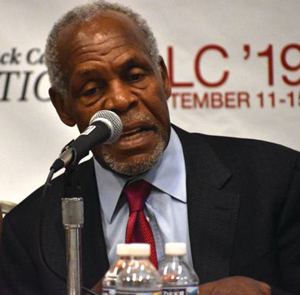 Hosted by Congressman Henry C. Johnson Jr., the discussion Sept. 12 featured special guest Danny Glover, the acclaimed actor and social activist. The workshops moderated by Romena Houston, Ph.D. explored conditions facing Blacks in America and their brethren in Latin America.
What emerged during the presentations was Black people are monolithic in terms of a collective slave past and current threats to their existence despite language and cultural differences. The notion does not deny the unique expressions of Blackness in the West but should strengthen collective resolve to combat White supremacy that has affected all Black people and provides an opportunity to learn from a shared history, said workshop presenters.

“It is important to understand that the West African slave trade not only brought Africans to the United States. It also brought Africans to Brazil, Caribbean, Columbia, Honduras and all of Latin America and South America,” observed Rep. Johnson (D-Ga.) in opening remarks. “We are brothers and sister with a shared past and a shared heritage throughout the Diaspora. All of us are at the lowest rung of the economic, social, and political ladder in every country in the Americas.”

Panelists from “The Decade of the Diaspora: A Conversation on the Afro Descendant Experience in Latin America” session during the Congressional Black Caucus Foundation annual legislative conference.

“In 2013 the UN General Assembly adopted a resolution proclaiming 2015-2024 the International Decade for People of African Descent. Themed for recognition, justice, and development. We live on every continent and are of varied nationalities, ethnicities, and cultures, and together we make up the pan African Diaspora. Over 150 million people of African descent live in Latin American countries. They are some of the most marginalized, overlooked and exploited,” Dr. Houston pointed out in her opening. “Their experiences are very similar to those of us in the United States.”

“The reality faced every day by African decedents in Latin America is sadder and sadder. The government doesn’t listen to us, and there are no policies to address our issues,” said Marino Rodriguez, the first panelist to speak. If any change has taken place in Colombia, it was due to pressure coming from the United States, he said.
“According to the census we make up 10 percent of the population which is not reality,” he pointed out. “We are a country of 400 million people. There are over 10 million victims of the internal conflict (the Colombian Civil War). More than 30 percent of this number are Afro-Columbians. We are the primary victims of the armed conflict. We have over six million hectares (nearly 15 million acres) of land. So with this land, we have the worst massacres, displacements, and violations taking place as well as the indigenous population. We ask where are the protections and security and obligation from the state to provide that for our community? The White landowners do not have these issues. We have a complete lack of protection from the state and are at the whim of the armed groups. And that is our reality.” 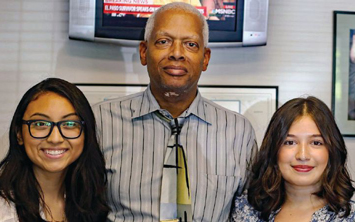 A strong supporter of immigrant rights, Rep. Hank Johnson organized the panel discussion, “The Decade of the Diaspora: A Conversation on the Afro Descendant Experience in Latin America.”

The situation for the Garifuna, descendants of Afro-indigenous population from the Caribbean exiled to the Honduran coast in the 18th century, is just as dire, according to panelist Rony Castillo. He used a slide presentation titled “Leave or Die: Neoextractivism and the Garifuna Experience” as he spoke. The Garifuna population is approximately 300,000, Mr. Castellio explained. “We are under constant threat and displacement. Recently 400 families fled to America. We want pressure from the United States to stop the attacks on our leadership,” he said. “The model of neoextractivism is characterized by the extraction of natural assets from property belonging to local communities to generate economic accumulation for third parties like local or foreign investors, transnational corporations, and pension funds.”

“In most cases, the extracted products are raw materials or energy resources to be used in satisfying the consumption needs of both regional elites and the global North. These projects are stirring social conflict, as well as evicting Garifuna communities. None of them results in true economic development,” he said.

In Brazil, the Black population teeters on the brink of a disaster, said panelist Douglas Belchior. Blacks are 52 percent of the population but only 20 percent of government representatives, he noted. 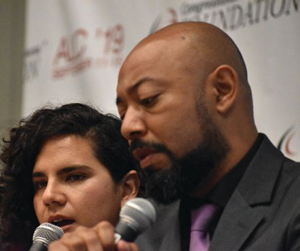 “The Brazilian state acknowledges that it promotes genocide against Black youth. Data shows that between 2016 and 2017, 75 percent of people murdered in Brazil are Black or Brown,” said Mr. Belchior, who cited statistics. “The Brazilian Federal Senate acknowledges that every 23 minutes one young Black dies in Brazil and that this genocide process is fully marked by institutional racism. Between 2009 and 2016, 21,910 people died in Brazil as a result of police intervention. Seventy-six percent of police intervention victims were Black. As a result, we have formed the Brazilian Black Coalition for Rights,” he said.
“African populations all through the Americas suffer similarly. As much as we suffer in similar ways, we fight back in diverse ways. This is a moment when we have to consolidate working together to fight all the oppression caused by colonialism,” added Mr. Belchior.

Danny Glover observed that throughout the various countries there have been attempts to destabilize progressive organizations in Latin America. “We see it in Brazil, Columbia, Venezuela, specifically the recent overthrow of the democratically elected president of Honduras orchestrated by the U.S. We must study the movement to the right taking place throughout the hemisphere,” he said.

Dr. Ron Daniels, president of the Institute of the Black World 21st Century and distinguished lecturer at the York College City University of New York, was in the audience during the workshop. “Danny Glover has been at the lead in helping people shine a light on the fact there are incredibly large numbers of African descendants throughout the Americas. There are crises and issues that need to be addressed. Congressman Hank Johnson has been in the forefront. There is a huge issue that warrants attention in Colombia, where African descendants are being slaughtered. I think the idea of pulling these networks together to focus on the problems was a great accomplishment,” he said.