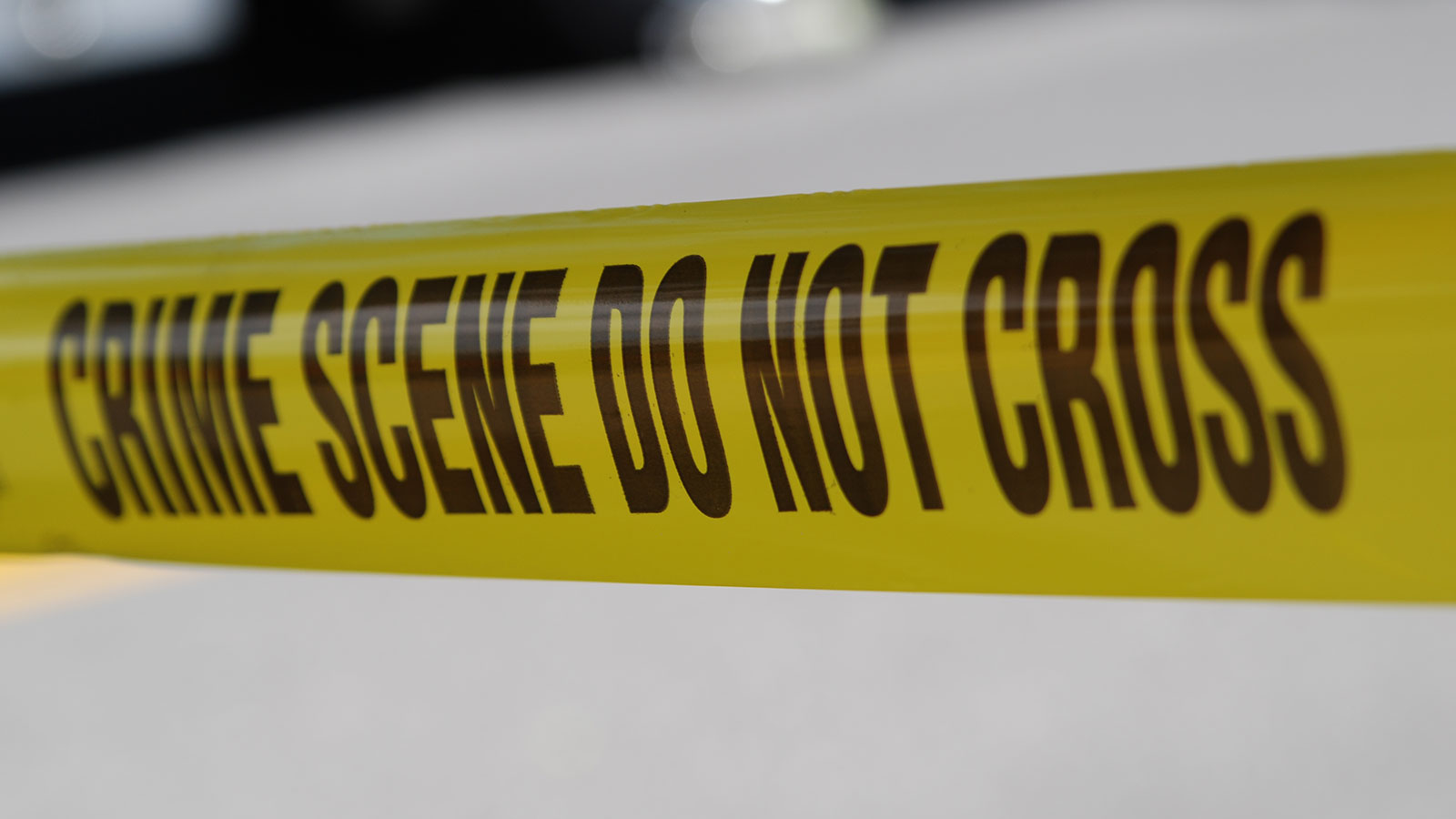 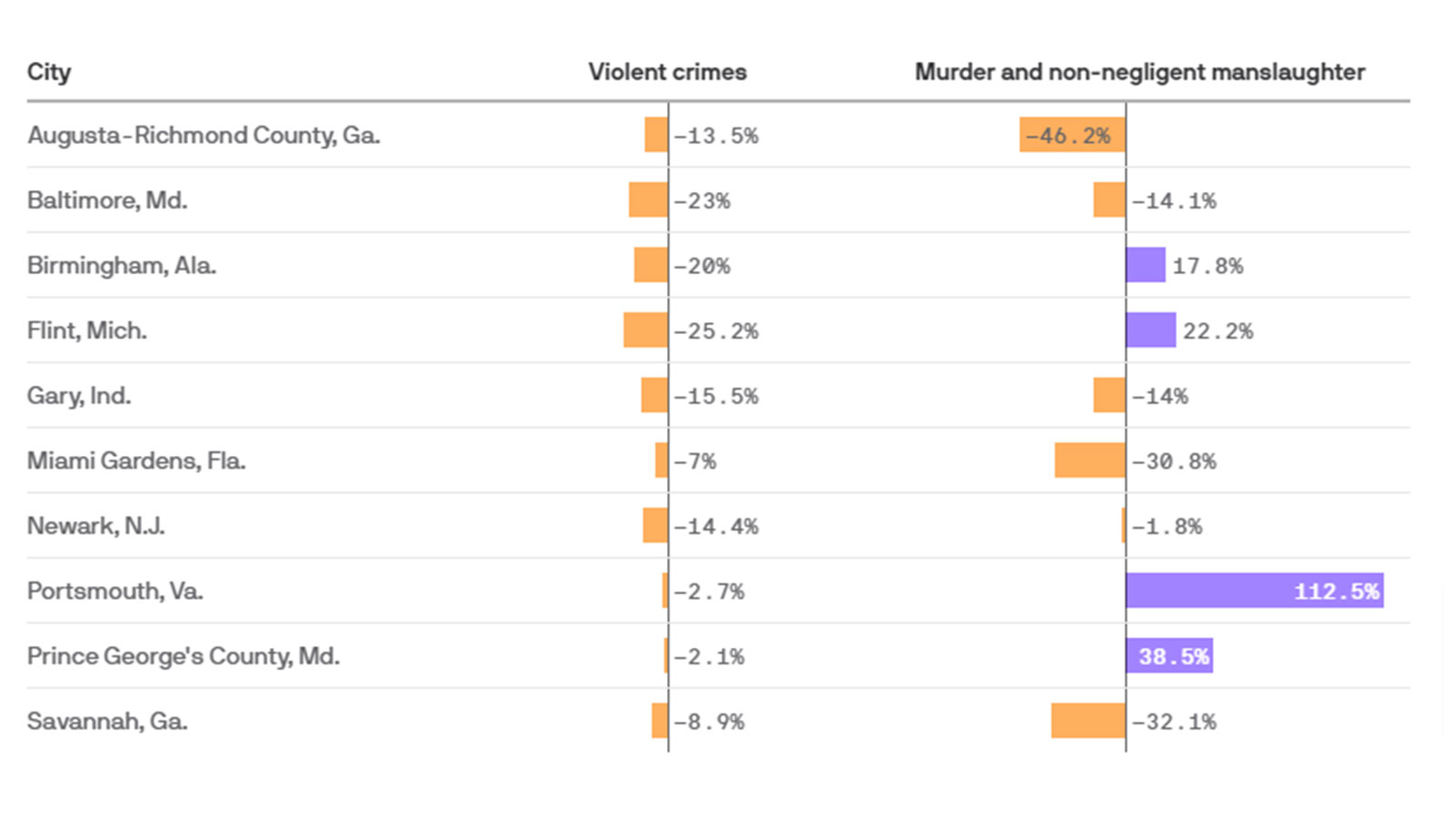 Why it matters: The trends paint a more nuanced picture about how COVID-19 and racial justice protests actually impacted crime and policing, from Newark, New Jersey, to Baltimore to Gary, Indiana.

Details: Axios reviewed recent FBI crime data, the 2020 census and, where available, state police statistics for 23 majority-Black communities with populations of more than 25,000. The data showed that in 10 of those, overall violent crime actually declined compared with the year before. (In four of those 10, however, the murder rate rose.)

What they’re saying: “Collaborative efforts during a time of significant racial and social unrest allowed us to keep the city of Augusta free from violent crime,” Mayor Hardie Davis Jr. of Augusta, Georgia, told Axios.

Between the lines: Some of these cities’ experiences run counter to narratives Republicans are testing for 2022 connecting “defund the police” campaigns with violent crime rates.

By the numbers: The 10 communities saw an aggregate 17.9% decline in the total number of reported violent crimes from 2019.

The big picture: The estimated number of violent crimes across the United States rose for the first time in four years in 2020, according to statistics released by the FBI in September.

Between the lines: The decreases are an important nuance, said Amara Enyia, policy and research coordinator for the Movement for Black Lives, because when crime rates rise it often is used as a justification for over-policing that fuels systemic racism in Black and Latino communities.

Yes, but: Some of the 10 communities experienced record jumps in murder rates even as their overall violent crime rates declined.

Be smart: Ronnie Dunn, an associate professor of urban studies at Cleveland State University, it’s important not to make too many conclusions about trends using only two years’ worth of data.