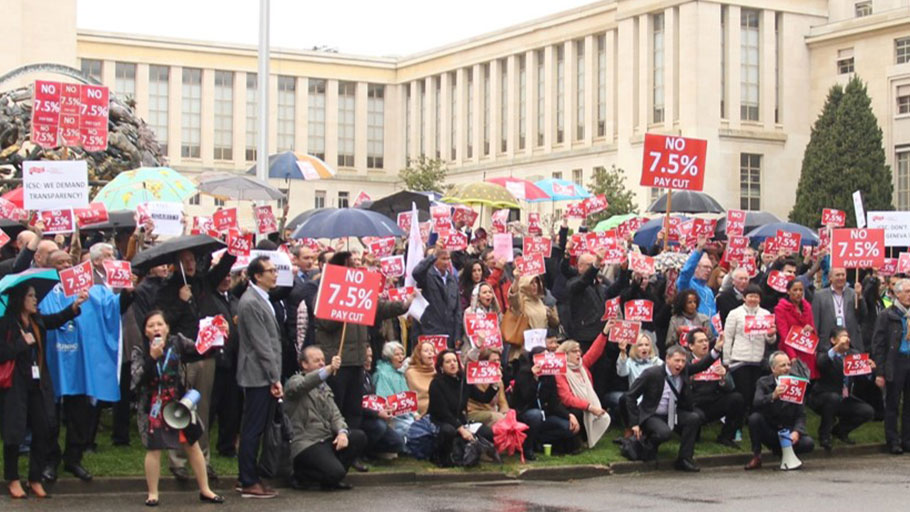 A protest by UN staff in Geneva. Credit: United Nations

United Nations, Aug 21, 2020 (IPS) — As it continues to vociferously preach the virtues of equality—advocating equal rights for all, irrespective of race, sex, language or religion– the United Nations has been quick to condemn racism and racial discrimination worldwide.

But how hypocritical is it when racism raises its ugly head in its own backyard— particularly in Geneva which, ironically, is home to the UN Human Rights Council and the Office of the UN High Commissioner for Human Rights (OHCHR)?

A survey of over 688 UN staffers in Geneva has come up with some startling revelations re-affirming the fact, which has long remained under wraps, that “racism exists within the United Nations”.

A separate survey by the UN Staff Union in New York was equally revealing.

According to the findings, 59% of the respondents said “they don’t feel the UN effectively addresses racial justice in the workplace, while every second respondent noted they don’t feel comfortable talking about racial discrimination at work”.

Meanwhile, the UN Secretariat in New York, faltered ingloriously, as it abruptly withdrew its own online survey on racism, in which it asked staffers to identify themselves either as “black, brown, white., mixed/multi-racial, and any other”.

But the most offensive of the categories listed in the survey was “yellow” – a longstanding Western racist description of Asians, including Japanese, Chinese and Koreans.

A non-apologetic message emailed to staffers on August 19 read: “The United Nations Survey on Racism has been taken offline and will be revised and reissued, taking into account the legitimate concerns expressed by staff.”

The findings of the Geneva survey also reveal: 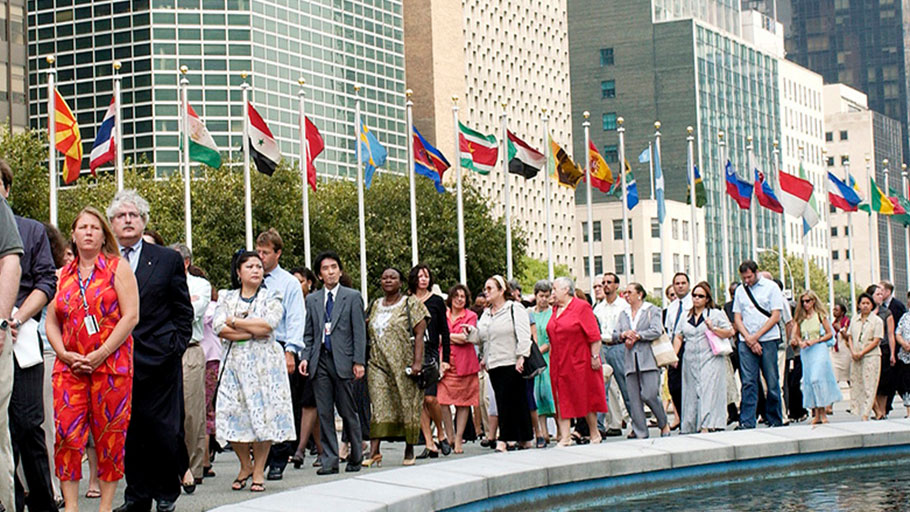 Prisca Chaoui, Executive Secretary of the 3,500-strong Staff Coordinating Council at the UN Office at Geneva (UNOG), told IPS: “We belief, as a staff union, that it is high time for the organization to seriously combat pervasive racism and racial discrimination. This means greater accountability and a zero tolerance Policy towards any racial act.”

She said: “We are glad to see that the UN management is willing to address this issue, and as a staff union, we are ready to assist in coming up with serious measures that go beyond empty words and lead to a real change so that the UN shows it is capable of upholding the principles that it preaches to the overall world.”

“We are concerned that many cases of racism remain unreported due to the lack of trust of the staff in the existing recourse mechanisms ad well as fear of retaliation,” she declared.

“The findings of the survey confirm that racism exists within the United Nations, as earlier stated by the Secretary-General. They also show that supervisors and senior managers have an important role to play, as do all staff, in tackling this issue”.

She said the results of the survey “will guide our interactions with management at the duty station and globally. They will also be used to help the Council propose to senior management at UNOG a strategy to fight racism in the workplace”.

Patricia Nemeth, President, United Nations Staff Union, told IPS the UN Staff Union in New York, which has a strength of over 6,500 members– with the local staff in peacekeeping operations overseas estimated at approximately 20,000 plus– ran its own survey entitled “UNHQ-NY pulse survey on racial justice”.

She said the murder of (the African-American) George Floyd on 25 May, added to those of Breonna Taylor, Eric Garner, Akai Gurley, Jerame Reid, Elijah McClain and so many more, “reopened the wounds of racial injustice that afflict our host country and the world as a whole”.

The United Nations, she pointed out, has a normative framework to address racial discrimination within the organisation, but work remains to be done, as recognised by the Secretary-General on June 4.

“In this spirit, the Staff Union is committed to serving as a platform for progress towards greater inclusion, diversity, dignity and social justice both within the UN and beyond,” declared Nemeth, who is also Vice President for Conditions of Service – the Coordinating Committee of International Staff Unions and Associations (CCISUA),

The New York survey was intended to provide the Staff Union with a better understanding of the current situation regarding racial injustice within the United Nations Secretariat and will help determine “how we as staff can contribute to making improvements and will also feed into broader policy discussions”.

Nemeth said the survey results will allow the staff union’s coordination group on racial justice to plan subsequent actions tailored to the specific needs of the UN staff community in New York.

“In order to frame the conversation, we have already initiated a series of expert talks that aim to provide historical context regarding the scale and gravity of the transatlantic slave trade, the meaning and persistence of systemic racism, but also the outstanding cultural richness and contribution of the African diaspora around the world”.

Despite the inherent difficulties caused by social distancing, she said, “we will continue to find creative ways to encourage colleagues to have the difficult conversations that enable us to overcome the challenge of racism in the workplace.”

Meanwhile, in a letter to UN staff, Secretary-General Antonio Guterres said last June: “The position of the United Nations on racism is crystal clear: this scourge violates the United Nations Charter and debases our core values.”

Ian Richards, former President of the Coordinating Committee of International Staff Unions and Associations, and an economist at UNCTAD in Geneva, told IPS: “The survey has shown a problem exists, and not just based on skin colour but mainly on nationality, which for an organization called the United Nations is worrying.”

Therefore, in fixing this, management needs to recognize that each country, culture and duty station experiences racism in different forms, whether linked to slavery, colonialism, immigration, national rivalries, or conflicts. And each of these needs its own treatment, he added

“We look forward to working with the Secretary-General to solve this problem,” declared Richards..

A protest by UN staff in Geneva. Credit: United Nations