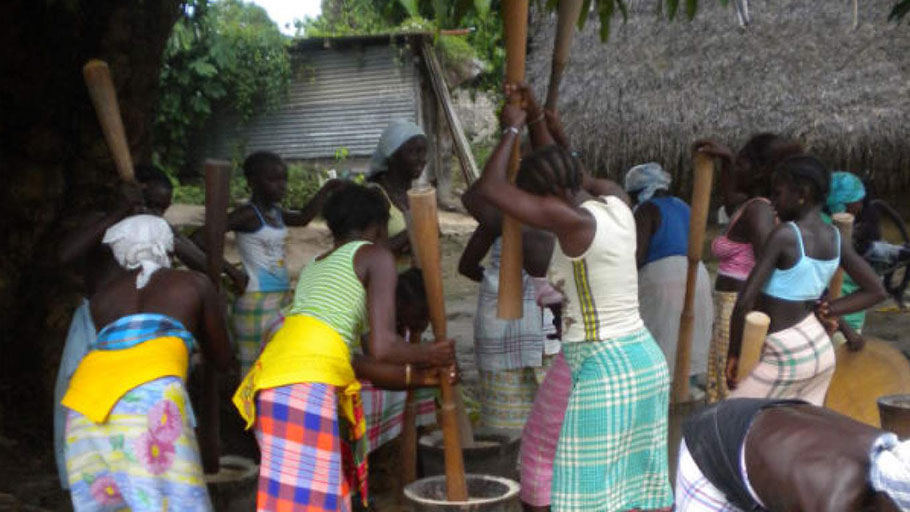 Today, July 1, Suriname celebrates the 155th anniversary of the end of slavery, emancipation or Keti Kota. It is also known locally as Maspasi. Slavery came to an end in 1863 in Suriname, but prior to that enslaved Africans waged wars of liberation and freed themselves from bondage (Maroons) and signed treaties with the Dutch.

The Netherlands signed peace treaties with the Nyduka (Akkan) in 1760, the Saamaka on September 17, 1763, and the Matawai in 1767, but the Dutch did not always respect the agreements. They were more interested in undermining and dividing these self-governing African communities.

Then the Boni wars of liberation started; however, the Boni refused to sign any lopsided treaty with the Dutch that would have marginalized their independence and dignity. The Boni was the smallest group, but they fought the Dutch for over 100 years.

Only recently, in 1986, descendants of Maroons took up arms against the government of Suriname, protesting economic, political and social justice disparities. The descendants of the Maroons were economically and politically marginalized. Their communities lacked proper education and healthcare infrastructure.

Since the peace treaty with the government, they have become political stakeholders in Suriname’s parliament. However, Maroons communities still lack basic necessities, and perhaps an unofficial policy that has led to many moving into the capital city, Paramaribo.

Maroons are still demanding rights to their ancestral land, which they still occupy. The state refuses to give these liberators of Suriname the land of their ancestors, and land that they cleared, toiled on and buried their ancestors beneath. Moreover, as development increases, foreign loggers and gold miners converge on Suriname. The future of Maroons and their rightful lands remain in peril.

However, Suriname has a lot to celebrate; it’s a relatively peaceful multi-ethnic, multi-religious and multilingual country, which makes it one of the most diverse countries in the world.

Celebrations will take place nationwide and in the capital. Ironically, as we have seen too often, Keti Koti will commence with a church service at the main square, the symbol of slavery and imperialism. In addition, Surinamese will commence the event by performing West African religious rituals associated with the tradition of Winti at Kwakoe Square, where they will pay homage to their African ancestors.

Winti was demonized by colonial masters and Creoles as “black magic and demonic”. Today it is still widespread in Suriname. African symbols paying homage to their ancestors, for example the use of the Kromanti language, art forms, music, dances, the wearing of Kente cloth and using it for official welcoming of heads of state to Suriname, are just a few examples of how much of a “Wakanda” Suriname has remained amongst the Diaspora.

Even today in Suriname, the village headman and the council of advisors administer the Maroon communities in Suriname the same way in which their ancestors did in West and Central Africa.

Sranantongo, which in Dutch is called “Neger Engels”, is out of the closet. The stigmatization of the language even led to family feuds. Some ethnic groups in Suriname found issue with the language and did not want it in their homes. Even the Creole, Europeanized Surinamese of mostly light skin had an issue with Sranantongo, but are now adjusting well to the popular art that the language allows.

Maroons were demonized and vilified by the Dutch and referred to as “Bosnegers” by them, and those terms can be found in thousands of books available on digital media today.

I would like to credit President Desi Bouterse for taking the language out of the closet by using it in his public speeches and being a big patron of Suriname’s rich African culture. However, to this day, Sranantongo hasn’t been put in a written form with an alphabet. Hence, the language will disappear like the dinosaurs.

On the eve of Keti Koti, at 8pm, two minutes of silence for the victims of slavery will be observed. Most women wear Kotos (white dresses) because white in Suriname is the official mourning colour, in contrast to European society, where black is the mourning colour. The women’s headdresses are then tipped inward as a sign of grief, according to André Pakosie, a Maroon advocate and herbalist from the Nyduka/Akkan clan who has written much on the subject. 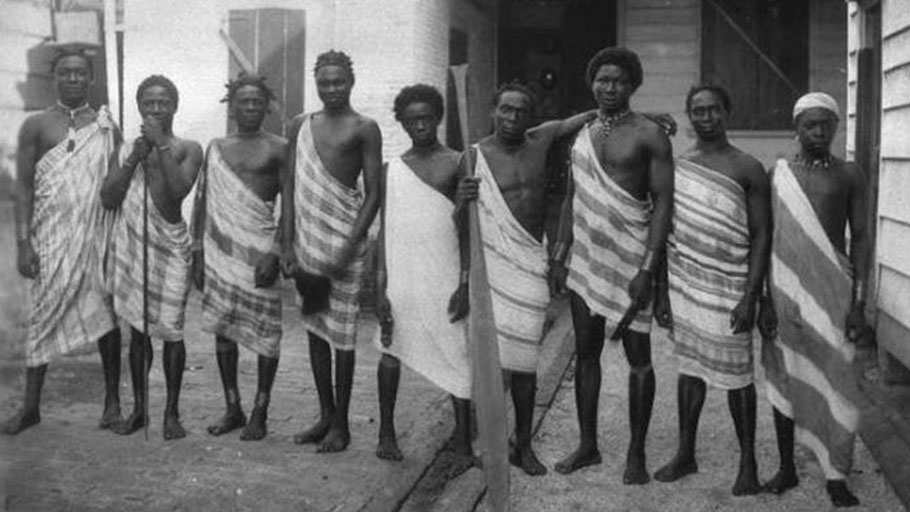 On July 1, the day of the Keti-Koti party itself, the women wear coloured clothes. The points of the headdresses are then pointed outward to symbolize the festive joy. This day is celebrated until late into the night. At the height, a parade with traditional garments takes place, according to Pakosie.

This emancipation is extraordinary because the National Archives of Suriname has digitalized and put online slave registers consisting of 43 books with a total of nearly 30,000 pages. They provide a wealth of information such as the names of plantation owners, birthdate, the sex, the name of the mother (the father was not registered) of those enslaved. Also one can find information on sales, infectious diseases, releases and other information about Suriname’s slave society. According to the National Archives of Suriname, about 80,000 people were registered who had lived in slavery from 1830 to 1863 in Suriname.

This is big news for Surinamese looking for more information about their ancestors. This is extraordinary for Suriname, and Surinamers are unique in the Diaspora in having such records, which don’t exist in many other former colonies. As Marcus Garvey said, “A people without the knowledge of their past history, origin and culture is like a tree without roots.” And these slave records will help Surinamese fill a big void about their ancestral past, and many who have lost it all.

From 1635, the Netherlands, through the Dutch West India Company, got into the business of slave trade and sold about 50,000 Africans into slavery in Suriname. At today’s value that can run into the billions. It is alleged that the Dutch ABN Amro Bank, made billions in the slave trade business. Jan Adam Charbon and Sons, one of the richest slave owners from Amsterdam, owned plantations in Suriname and Guyana for a period of 150 years and great wealth in the Netherlands.

In 1863, slavery was abolished in Dutch Guiana, now Suriname. The journey ahead was very hard. Slave masters were compensated 300 guilders per slave. The Charbons received compensation for 50 slaves they had to free after abolition. Enslaved Africans had to work an additional ten years for their masters for a small fee.

Suriname, which is part of the wider Caribbean Community (CARICOM) of mostly former British colonies in the Caribbean, is an advocate for colonial reparation. CARICOM created the Caribbean Reparations Commission, “a regional body created to establish the moral, ethical and legal case for the payment of reparations by the governments of all the former colonial powers and the relevant institutions of those countries, to the nations and people of the Caribbean community for the crimes against humanity of native genocide, the Transatlantic Slave Trade and a racialized system of chattel Slavery.” Suriname itself is seeking reparations from the Netherlands and CARICOM has threatened to bring the case to the ICJ if it has to.

The former ambassador of Suriname to the United Nations, Henry MacDonald, who is presently the president of the World Development Foundation, a UN-based NGO, recalled that, on March 25, 2015, a permanent memorial was unveiled at United Nations headquarters in New York, in remembrance of the victims of slavery and the transatlantic slave trade. The initiative was launched by CARICOM states, led by Jamaica, with strong diplomatic and financial support from Suriname.

The memorial invites people universally to envisage the legacy of slavery and the transatlantic slave trade, as well as to continue to fight modern day slavery, racism and prejudice today. The permanent memorial acknowledges one of the most horrific tragedies of modern history and is a reminder of the heroic actions of slaves, abolitionists and unsung heroes who acted in the face of grave danger and adversity.

Only time will tell how the newfound information will impact the people of Suriname. The ancestors have left a strong legacy and blueprint for future generations, and this Keti Koti, Suriname has a great deal to celebrate.

Born in Guyana, Raymond Chickrie was a teacher in the New York City public school system and has also taught in the Middle East.