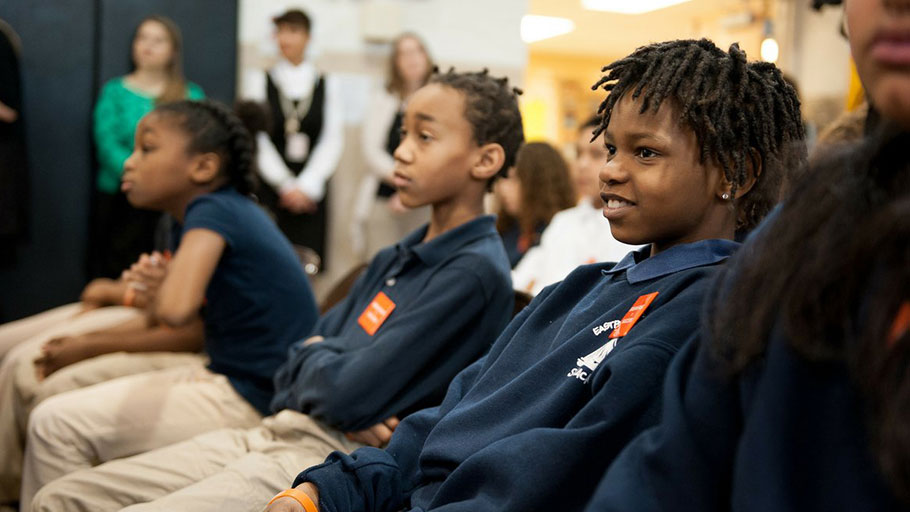 The Persistence of School Segregation

You Are Here: Home » Blog » News & Current Affairs » The Persistence of School Segregation

By Alexandria Millet, The Progressive —

Much was written after Kamala Harris’s and Joe Biden’s spat at the first Democratic debate about how Harris was the benefactor of integration by busing. But no one pointed out how much white students benefited just as much from her presence.

To perpetuate the idea that only students of color have something to gain from integration is to deny the brilliance that each individual brings to diverse settings. I think about the little black girl who grew up in Milwaukee’s suburbs and who chose all white friends, even in a diverse school, and how she made it her mission to challenge her friends’ comfort with their whiteness. She saw her own blackness as strength. That little girl was me.

Yet, the daily subliminal message I got and accepted, was that whiteness validated my intelligence. Without the active participation of every party involved in integrating schools, there will be hundreds more little black and brown boys and girls that accept that message.

The daily subliminal message I got,
and accepted, was that whiteness validated my intelligence.

Sixty-five years after Brown v. Board of Education, school segregation remains a fact of life. Students are still isolated in their own schools because almost no one looks like them, or concentrated in schools in which almost everyone does. In both cases, we are not preparing these students for an increasingly diverse world.

This is confirmed by a recent study of the Civil Rights Project, part of the Center for Education and Civil Rights. It shows that, as a nation, we are moving to undo even the partial progress made toward segregation since the 1950s. The nation’s schools today are more racially segregated than they were in 1988. The 1980s were the peak of desegregation, and the least segregated schools were those in the South.

For students of color, desegregation has a positive correlation with achievement, college success, and long-term employment. And white students in desegregated schools “gain considerably in terms of their readiness to live and work across racial lines”—an ever-more critical skill in today’s America.

Despite these benefits, efforts at integration across the country have largely ceased since 1990. Court rulings including Board of Education v. Dowell released districts from oversight, reviving segregation in the South. And in Milliken v. Bradley, which just passed its forty-fifth anniversary, suburban districts are able to opt-out of segregation efforts which maintain their white status quo.

The study also notes that 40 percent of all black students attend schools with 90 percent or more students of color. There is also a correlation between race and class. Most of the intensely segregated schools with black and brown students have a majority of low-income students.

Richard D. Kahlenberg, the director of K-12 equity at The Century Foundation, says this leaves many black and brown students without adequate resources. As he wrote in late June, “If we want to break the cycle of poverty, few interventions are as important as efforts to give children a chance to attend high-quality integrated schools.”

Integration wasn’t perfect, it never is. But I am grateful that my school made an effort, because the friendships made across racial lines are the hope of integration.

According to the study, it is common for white parents to say they want their child learning in a diverse environment, but to routinely seek homes in predominantly white communities. This, along with a lack of federal government programs to foster integration, has brought us to where we are today.

We have seen some mention of this on the 2020 campaign trail, with Bernie Sanders and Joe Biden both including desegregation efforts in their education proposals. With the changing landscape of K-12 education, this is a good time to revisit old strategies and devise new ones.

And the focus should be on teachers as well as students. We need to hire and retain more teachers of color because students of color perform better when their teacher looks like them. Past desegregation efforts hurt the black teaching profession and moving forward, we cannot do that again. But, that is a different discussion.

New York Times education journalist Nikole Hannah-Jones, who has done extensive work on school segregation, recently wrote, “The black students I talk to in schools that are as segregated as the ones their grandparents attended know it is like this because we do not think they deserve the same education as white children.”

In my education, at a diverse school, sure, we self-segregated in the lunchroom and avoided conversations about race. Integration wasn’t perfect, it never is. But I am grateful that my school made an effort because the friendships made across racial lines are the hope of integration.

I know I’ve felt the discomfort of integrated spaces, but the pain of moving forward is better than the defeat of going back

Alexandria Millet is a journalism student at the University of Wisconsin-Madison and the Public School Shakedown intern at The Progressive. Follow her on Twitter @alexjoywrites.