How Slave Owners Dictated the Language of the 2nd Amendment

You Are Here: Home » Blog » Commentaries/Opinions » How Slave Owners Dictated the Language of the 2nd Amendment 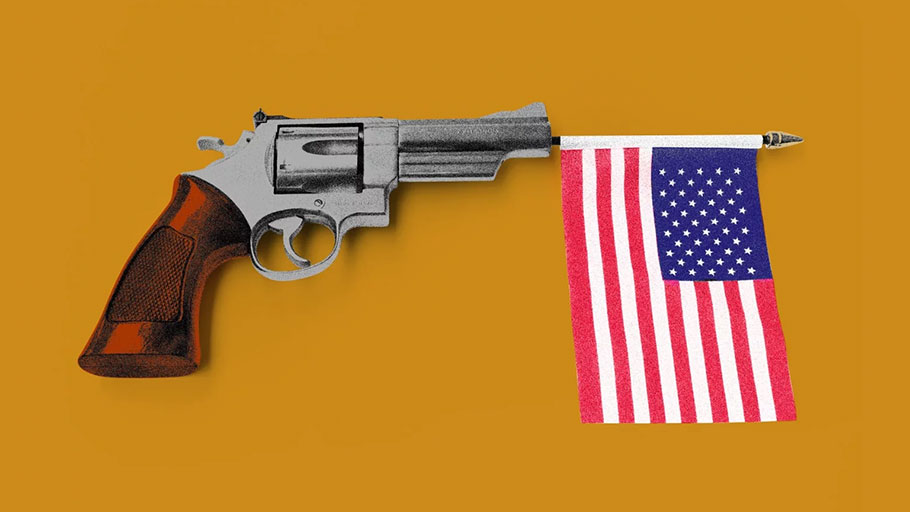 Southern aristocrats wanted armed militias mainly to control their slaves. So they wanted language in the new nation’s constitution protecting that right.

Mass shootings in El Paso, Texas, and Dayton, Ohio, have highlighted once again the importance of the Supreme Court’s 2008 landmark decision District of Columbia v. Heller declaring that the Second Amendment protects an individual’s right to possess a gun.

Writing for the Court’s conservative majority, Justice Antonin Scalia held that a Washington, D.C., gun law banning handguns and requiring that even lawful guns in a home be kept nonfunctional violated the Second Amendment.

That part of Scalia’s decision is clear, but what his decision fails to acknowledge, as criticism of it has pointed out, is how the Second Amendment in providing for slave control played a crucial role in the willingness of the influential state of Virginia to ratify the Constitution.

On its surface the Second Amendment seems straightforward. In 27 words it declares, “A well regulated Militia, being necessary to the security of a free State, the right of the people to keep and bear Arms, shall not be infringed.” But interpretative problems arise when we try to figure out the relationship the two parts of the Second Amendment have with each other.

In his ruling Scalia made a point of dividing the amendment into separate halves. He contended that while the militia or “prefatory” clause introduced the Second Amendment, it did not curtail the second or “operative” clause’s assertion of the right to bear arms. “The former does not limit the latter grammatically, but rather announces a purpose,” Scalia observed on his way to concluding, “Putting all of these textual elements together, we find that they guarantee the individual right to possess and carry weapons in case of confrontation.”

By contrast, James Madison, the author of the Second Amendment, wrote his amendment with his eye firmly fixed on practical politics. He introduced the amendment during Virginia’s debate over the ratification of the Constitution because Virginia Governor Patrick Henry saw danger lurking in Article 1, Section 8, of the Constitution, which gives Congress the power to provide for “organizing, arming, and disciplining” militias.

Henry feared that without checks upon it, Congress could undermine the ability of militias in Virginia and elsewhere in the South to suppress slave uprisings and pursue runaway slaves.

The militia issue was important enough for Henry to see it as grounds for opposing ratification of the Constitution. The positive power Congress had over militias, Henry reasoned, could easily be turned into restrictive power. “By this sir, you see that their control over our best defence is unlimited,” Henry warned his fellow Virginians.

“Only the white men in the Virginia militia had the right to bear arms.”

It took Madison two drafts to get the Second Amendment into the single sentence it is today. His careful wording was deliberate. In drawing a connection between militias and the right to bear arms rather than simply defending the right to bear arms, Madison, a slave holder himself, was speaking to his state’s ruling powers. Only the white men in the Virginia militia had the right to bear arms. Free African-Americans could join the militia, but they were limited to being drummers or buglers.

The case for seeing the Second Amendment as part of the early debate over slave control and militias has been made with great persuasiveness by former Pennsylvania Assistant Attorney General Anthony F. Picadio in both the 2019 Pennsylvania Bar Quarterly and Transpartisan Review and by law professor Carl T. Bogus in the University of California, Davis Law Review of 1998.

And in addition to such books as Professor Sally Hadden’s 2003 study, Slave Patrols: Law and Violence in Virginia and the Carolinas, and Brennan Center for Justice President Michael Waldman’s 2014 history, The Second Amendment: A Biography, there are also strong op-eds on this subject.

But the link between slave control and the Second Amendment has not become a feature of today’s debate over gun control. That is good news for Senate Majority Leader Mitch McConnell and President Donald Trump.

They should not, though, breathe easy. In the end, Justice Scalia never saw his majority opinion in the District of Columbia v. Heller eliminating the government’s ability to regulate guns. “Although we do not undertake an exhaustive historical analysis today of the full scope of the Second Amendment,” Scalia cautioned, “nothing in our opinion should be taken to cast doubt on longstanding prohibitions on the possession of firearms by felons and the mentally ill, or laws forbidding the carrying of firearms in sensitive places such as schools or government buildings or laws imposing conditions and qualifications on the commercial sale of arms.”

What are Reparations, How Could They Happen, and Why Do They Matter?

What are Reparations, How Could They Happen, and Why Do They Matter?
We Need Your Support — Donate, Share, Sign-Up Ways to Support