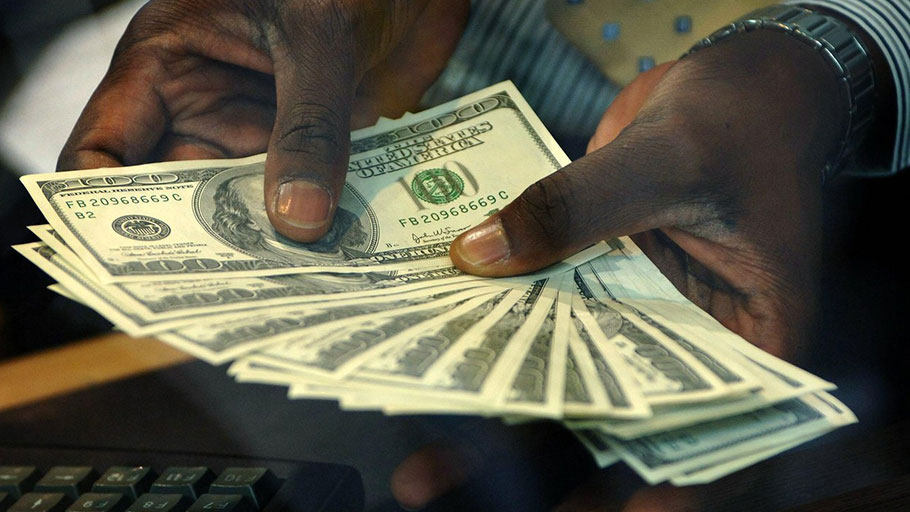 What are Reparations, How Could They Happen, and Why Do They Matter?

You Are Here: Home » Blog » Reparations » What are Reparations, How Could They Happen, and Why Do They Matter?

Here’s what you need to know.

For over 250 years, people of African descent were enslaved in the United States. Tricked and stolen from their homes, subjected to the brutal Middle Passage, and held in bondage for generations, emancipation was a welcome relief from slavery but didn’t fully undo the damage it causes, nor have the various hard-fought advances in civil rights that have come since. That’s why many people believe in the necessity of reparations.

But what are reparations exactly? Where did the idea of “forty acres and a mule” come from? How has the conversation about reparations for slavery changed over time? And why does all this matter over 150 years after the end of chattel slavery in the U.S.?

If you find yourself wondering any of these things, we’ve got your back.

By a Merriam-Webster dictionary definition, reparations are actions taken to “make amends, offering expiation (atonement), or giving satisfaction for a wrong or injury.” Although it’s been thrust into the spotlight under the discussion of reparations for African descendants, it’s not a new concept. Historically, various groups have received reparations, including (but not limited to) payments made to Holocaust survivors and Japanese-Americans after their forced captivity in internment camps. In these cases, reparations have been financial payments, which is how they’re typically framed for descendants of slaves in the U.S.

Others argue for a more comprehensive approach. William A. Darity Jr., a leading scholar on the topic of reparations and Duke University professor of public policy, African and African American studies, and economics, proposes a “portfolio of reparations”, and suggests that any reparations instituted should accomplish three ends: acknowledgment, restitution, and closure. Darity believes reparations should include the allocation of funds for education, subsidized healthcare, and the building of assets for black Americans — in addition to ensuring that the full scope of slavery is taught through educational programs.

Many scholars believe that reparations don’t have to and shouldn’t be reduced to the distribution of a check payout. The horrors of slavery are unfathomable to so many of us, but they were real and their impacts linger on.

How did the idea of reparations for slaves get started for African-Americans?

On January 12, 1865, Union General William T. Sherman and Abraham Lincoln’s Secretary of War, Edwin M. Stanton, met with a group of black leaders in Savannah, Georgia, to discuss what they wanted for their people. Reverend Garrison Frazier spoke on behalf of the group when he said that black people wanted to be free from ownership of white men, to be educated, and to own land.

Four days later, on January 16, 1865, Sherman called for the redistribution of land that had been confiscated from southern slave owners to newly freed slaves with his issue of Field Order No. 15. According to this order, 400,000 acres of land — from Charleston, South Carolina to Florida’s St. John’s River — was to be divided into forty-acre plots for the freed slaves. (Although it wasn’t in the order, he later authorized the army to loan mules to the new landowners). This is where the famous phrase “forty acres and a mule” comes from.

Sherman’s order was more of a practical implementation than a political one. Yes, it punished the Confederate landowners for their role in starting the Civil War and gave black people what Frazier and other leaders said they wanted, but it also solved the issue of what to do with the freedmen who had escaped slavery or served in the Union army during the war by giving them somewhere in the south to return to.

However, after Lincoln’s assassination in 1865, Andrew Johnson signed a proclamation that took the land back from the black people it was promised to, and gave it to the slaveholders who had owned it before. So the promise of forty acres was never delivered upon, leaving black people with nothing to start their newly liberated lives.

Other efforts and arguments have been made. In the 1890s, an ex-slave pension movement spearheaded by former slave Callie House gained traction. But H.R. 11119 — the bill that emerged in 1890 and modeled on Civil War veterans’ military pension — couldn’t overcome opposition from federal agencies like the Bureau of Pensions. In his 1969 “Black Manifesto,” James Forman, an activist affiliated with the Black Economic Development Conference, demanded $500 million to be used toward the creation of several social services.

Reparations for slavery has been a topic of discussion since the end of slavery. It’s unlikely that the conversation will end until it’s adequately addressed and it no longer impacts the everyday lives of black Americans — because at this time, it still does.

How has the failure to provide reparations impacted where we are today?

Not only did white Americans have a “head start” when it comes to the accumulation and trickling down of wealth; the extreme and horrific version of racism that slavery embodied has evolved into systematic racism over the years. Policies have been put in place to make it even harder for black Americans to obtain the basic components that equate to the so-called “American Dream.” Owning a house, getting a good job, and having the ability to save money are all things that help establish and build wealth, and they’re all things that black people have had to fight for in ways that white Americans never have.

In 2014, writer Ta-Nehisi Coates wrote a compelling article for The Atlantic entitled, “The Case for Reparations”, where he breaks down the wealth disparity that is a direct result of slavery and racist policies, pointing out that historically, resources and wealth taken from African Americans has financially benefitted nearly every American institution.

According to a 2016 study, if the average wealth held by white families stopped growing, it would take 228 years for the average wealth held by African Americans to catch up, if it continues to grow at the same pace it has over the last 30 years. IN addition, the racial wealth divide between Black (and Latino) households and White households increased from about $280,000 in 1983 to over $500,000 in 2013.

For many, the systemic racism that has continued after emancipation has been a roadblock to true liberation.

“The slave went free; stood for a brief moment in the sun; then moved back again toward slavery,” wrote W.E.B. Du Bois in his 1935 book, Black Reconstruction in America.

What would reparations costs?

That depends a lot on what they would actually looks like. According to a 2018 Census report, 43.2 million United States citizens identify as African-American or black. Professor Darity , said in an NBC News op-ed that the 40 acres promised to the four million freedmen would come out to some 40 million acres. According to Darity and his co-author A. Kirsten Mullen, the current value of that size of land is about $1.5 to $2 trillion. That amount, divided by approximately 35 million eligible black Americans, equals $40,000 to $60,000 per person.

Other numbers have been floated, as well, and sometimes with a sense of humor — like the film 16,000 Dollars, which imagines a world where descendants of slaves receive checks for $16,000.

Where are we now when it comes to reparations?

On this past Juneteenth (June 19, 2019), the House Judiciary Subcommittee on the Constitution, Civil Rights and Civil Liberties debated a bill that would set up a committee to study how the U.S. would implement reparations to black Americans. The bill — H.R. 40 (the “40” referencing the forty acres and a mule) — was first introduced in 1989 by then-Rep. John Conyers (D-MI), but thanks to this renewed interest, the topic has finally made its way to the debate stage.

Watch the Juneteenth Congressional Hearing on H.R.40 and the NAARC and ACLU Juneteenth forum that followed — “Healing and Reconciliation: HR-40 and the Promise of Reparations for African Americans”.

Coates testified at this June’s hearing, where he responded to Senate Majority Leader Mitch McConnell’s assertion a day earlier that reparations “for something that happened 150 years ago, for whom none of us currently living are responsible,” isn’t a good idea, by pointing out that since the end of slavery, black people have continued being subject to various forms of terror.

The concept of reparations has even come up in the early stages of the 2020 Democratic primary. Author and presidential candidate Marianne Williamson was the most searched candidate on Google on the first Democratic Debates last month. This came after her headline-making stance on reparations for African-Americans, but she isn’t the first 2020 presidential candidate to use reparations as a talking point for their campaign. Senators Elizabeth Warren (D-MA), Kamala Harris (D-CA), and Cory Booker (D-NJ), have expressed support in consideration of reparations.

Why do reparations matter?

The first ship of African slaves arrived in America 400 years ago — August 1619. In 1865, 246 years later and two years after the Emancipation Proclamation was issued, black families owned .5% of all wealth in America. Change takes more than time, it takes effort. Specifically, from the government that has failed us.

From 1619 to now, the lack of value with regards to African descendants has been made clear. The impact of slavery through the systems put into place by the same white men who have either directly or indirectly profited off of the institution of slavery has persisted for centuries.

So, until America comes to terms with its consistent dismissal and disregard for black lives, takes the steps to show it was sincere in its admission of wrongdoing with regards to slavery, and begins working towards the distribution of reparations for African-Americans, the present-day and future suffering of black Americans will continue to be a result of, as McConnell put it, “something that happened 150 years ago.” Something that is at the root of what is happening today. Something that every white leader from the time of Andrew Johnson to the time of Mitch McConnell is responsible for, and should be held accountable for.