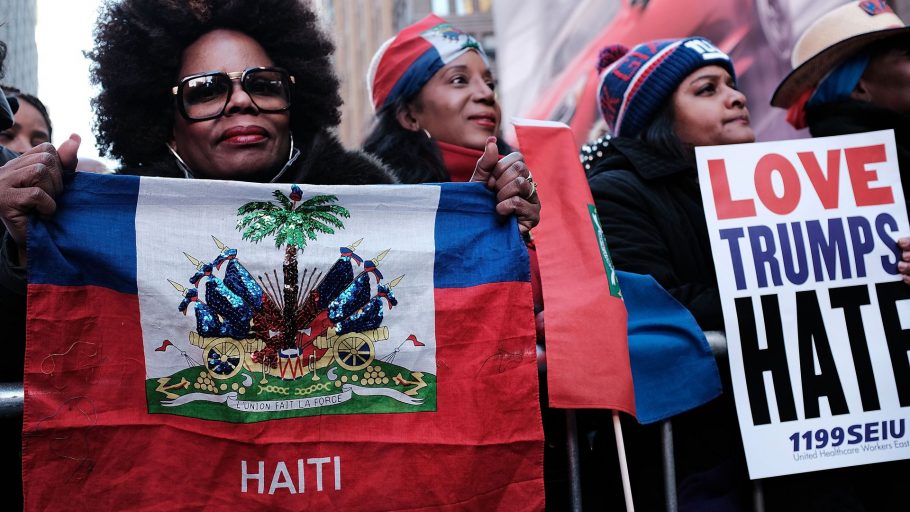 Rep. Frederica Wilson is calling on U.S. Secretary of State Mike Pompeo to clarify recent comments by a top State Department official on elections in Haiti that have been widely criticized as an attack on the country’s opposition and civic groups, and a dismissal of widespread concerns about the legitimacy of the process.

Last month a senior State Department official warned political opponents of Haitian President Jovenel Moise and members of civil society that they could face “consequences” if they stand in the way of the electoral process. The official’s comments was in response to a question by The Miami Herald during a Sept. 16 State Department briefing about the refusal of Haitian opposition parties and civil society groups including the Catholic Church, Protestant Federation and human rights organizations to designate representatives to a temporary electoral commission being formed by Moise.

“I am deeply concerned by the State Department’s response to the unfolding political crisis in Haiti,” said Wilson, D-Fla., who represents one of the fastest growing Haitian American communities in her congressional district. “The Haitian people must be able to make their voices heard and choose their representatives through a legitimate, democratic process.”

The Democratic lawmaker added: “Haitian civil society has raised legitimate concerns about a climate of political intimidation and a rush to construct an unconstitutional electoral process. The U.S. State Department should help elevate these voices, not threaten domestic political actors, and I sincerely hope that Secretary Pompeo clarifies the recent remarks made by a senior State Department official on this topic.”

On Thursday, Wilson made her concerns about the State Department’s response known in a bicameral letter to Pompeo signed by 25 other members of Congress.

Lawmakers said they are alarmed by the Trump administration’s calls for elections in Haiti without broad civil society involvement and despite widespread concerns about the legitimacy of the current electoral process. The letter, which was led by Wilson and Sen. Edward Markey, D-Mass., urges the administration to support free and fair elections in Haiti.

“While it is imperative that we support a return to full democratic order in Haiti, U.S. policy should not push for hasty elections that may further destabilize that nation’s fragile political system,” the lawmakers said. “We urge you to ensure that U.S. foreign policy toward Haiti does not legitimize undemocratic behavior. The United States, through its statements, policies, and programs, must support an electoral process that adheres to the Haitian constitution and recognizes the critical importance of participation by civil society in any democratic process.”

This is the second time in a week that members of Congress have publicly expressed concerns about Haiti’s overdue and still unscheduled legislative and local elections.

Last week, Rep. Maxine Waters, D-Calif., who isn’t among the signers on the Pompeo letter, issued her own letter to U.S. Ambassador Michele Sison in Port-au-Prince asking her “to oppose the organization of elections in Haiti until such time as the widespread politically motivated attacks against government critics in Haiti have ceased.” Sison, Waters said, should use her “considerable diplomatic experience and influence with the government of Haiti to promote respect for the rule of law and basic human rights.”

Haiti, Waters warned, is in a downward spiral of chaos and violence. She noted several concerns — as the Pompeo letter does — about the legality of Moise’s controversial appointment of nine individuals to a new Provisional Electoral Council. Critics and legal scholars have said the appointments and the election entity’s mission to also prepare a constitutional referendum are not constitutional.

“When the Haitian Supreme Court refused to swear in Moise’s hand-picked CEP members, Moise installed them anyway, which is also a violation of the constitution,” Waters wrote. ” These disturbing events are taking place against a backdrop of unconscionable threats, intimidation, and violence targeting critics of the government of President Moise.”

On Thursday, the United Nations Security Council voted in favor of extending the mandate of its special political mission in Haiti for another year with 13 votes in favor, and Russia and China abstaining, amid concerns over the lack of progress in the country.

Meanwhile, events in Haiti are increasingly being raised in the U.S. political arena ahead of the Nov. 3 U.S. presidential Election Day. Earlier this week, 82 Florida organizations and leaders active in the Haitian-American community endorsed a letter asking for a virtual meeting with Democratic presidential candidate Joe Biden and his running mate, Sen. Kamala Harris. The group said they want to discuss a list of urgent community priorities they would like to see a Biden-Harris administration promptly pursue if elected.

Some of those priorities were mentioned in a one-pager the Biden campaign issued ahead of a campaign stop Biden made in Little Haiti last week to court Haitian-American voters. Among them is a commitment to halt deportations of non-criminals back to Haiti during his first 100 days in office because of the ongoing COVID-19 pandemic.

Jacqueline Charles has reported on Haiti and the English-speaking Caribbean for the Miami Herald for over a decade. A Pulitzer Prize finalist for her coverage of the 2010 Haiti earthquake, she was awarded a 2018 Maria Moors Cabot Prize — the most prestigious award for coverage of the Americas.