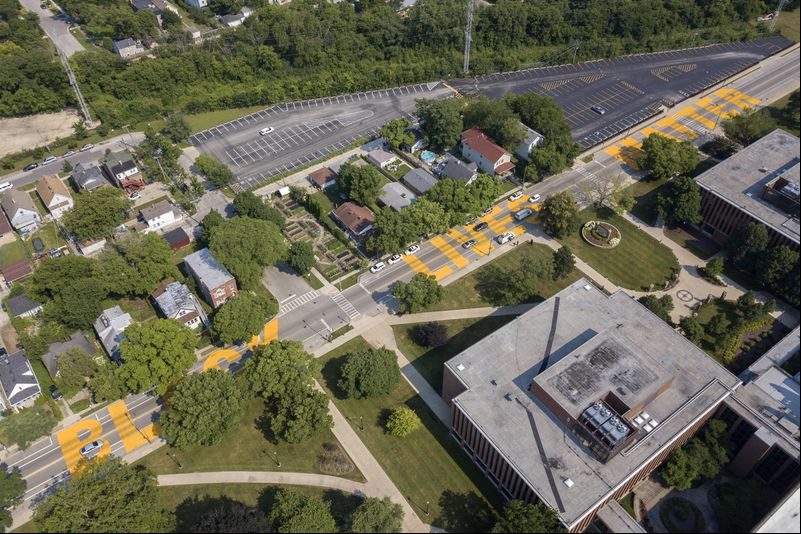 Difficult tasks often don’t get done, because they are, well, difficult. It’s easier to ignore them, delay them, hope they’ll go away or give up on them. But the city council of Evanston has the idea that the formidable nature of one obligation isn’t an excuse for doing nothing.

The task it has taken up is providing a measure of compensation to African Americans for some of the costly inequities they have endured. In 2019, the aldermen approved a measure committing to use revenue from recreational cannabis taxes to create a $10 million fund for “local reparations.” On March 22, the council plans to vote on a plan for allocating the first $400,000. The idea is also getting traction in Chicago, where the city council has set up a subcommittee to look into reparations.

Evanston is 16% Black. But despite its progressive politics (Joe Biden got 92% of the vote in 2020), Evanston has a history of racial exclusion and discrimination. In that respect, it’s hardly unusual. What’s unusual is its commitment to recognize that history and address its consequences.

That effort is necessarily modest, when viewed against the immense crimes inflicted on African Americans over the course of American history, including mass enslavement, white supremacist terrorism, Jim Crow laws and persistent discrimination.

But any recognition that modern white Americans owe anything for historic wrongs elicits a host of objections. Such as: Why should those who never owned slaves, or whose ancestors immigrated after the Civil War, be expected to pay the victims?

How can we possibly identify who is entitled to reparations, given that many people have both Black and white ancestry, that some Blacks were never enslaved and that some didn’t arrive until the 20th century? How can we possibly determine, much less afford, the amount due?

Behind the objections is a conservative belief that the entire campaign for reparations is just another product of liberal guilt and Black race hustlers, cheered on by the woke mob. In fact, it rests on the ancient principle of Anglo-American law that a person who wrongly injures someone is obligated to compensate the victim. It also reflects the fact that the legacies of this country, bad as well as good, belong to all of us.

That compensation should have begun immediately after emancipation. Congress authorized the confiscation of former slaveholders’ land for redistribution to former slaves. But President Andrew Johnson, a champion of white supremacy, foiled the effort, depriving freed men and women of the means to support themselves independently. It was the first of many efforts to escape responsibility, and a preview of injustices to come.

Evanston doesn’t pretend to make amends for everything inflicted on African Americans, or for everything that occurred within its borders. The city enforced racial separation in parks and on beaches, and similar practices were followed in theaters and restaurants. Elementary schools were largely segregated until 1966.

Redressing all these wrongs would be impossible. So alderman propose to provide compensation to those residents who have suffered some specific harms.

Like many communities, Evanston took actions to keep Black people from many neighborhoods, forcing them into one geographic section that was starved of resources. Black areas were subject to redlining, which made mortgages hard to get.

With all that mind, the council’s focus is on homeownership, which has been a huge source of wealth to white Americans — and has largely been denied to Black Americans. Grants of up to $25,000 would be given out for buying, renovating or improving homes or paying down mortgages. Recipients would be limited to direct descendants of African Americans who lived in Evanston between 1919 and 1969 and suffered housing discrimination.

It’s a narrow, targeted program, which invites attacks for its modest reach and limited access. Not all Black residents would be eligible, and some signed a petition requesting cash payments instead. But the plan’s modesty won’t exempt it from derision among conservatives, who would rather do anything than acknowledge our vast unpaid debt to Black citizens.

As Richard Rothstein wrote in his 2017 book, “The Color of Law,” “We have created a caste system in this country, with African Americans kept exploited and geographically separate by racially explicit government policies. Although most of these policies are now off the books, they have never been remedied and their effects endure.”

The task of overcoming the crimes of the past is one that will never be finished. But it can at least be started.