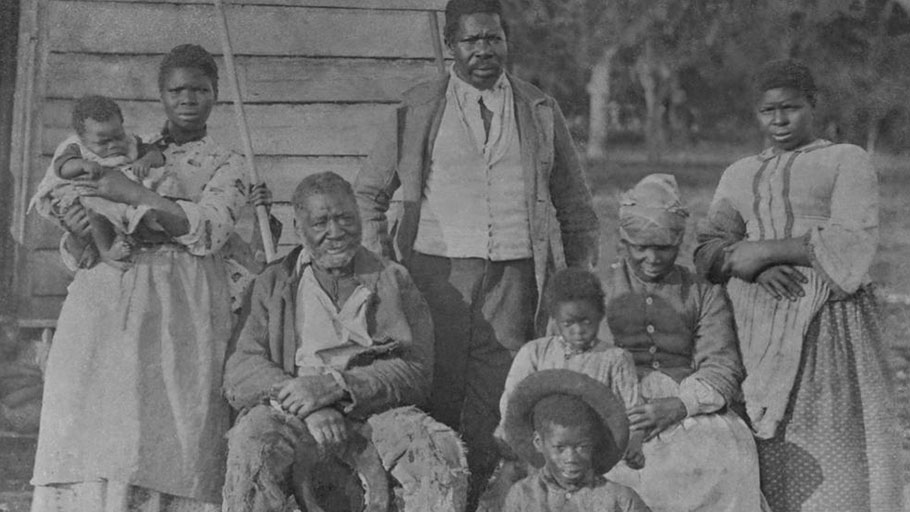 A Realistic Expectation of Reparations for Blacks

You Are Here: Home » Blog » Reparations » A Realistic Expectation of Reparations for Blacks

A direct cost of slavery is the cost of African-American life. How much is a life worth depends on a lot of personal factors.

Reparations owed to African-Americans in terms of dollars are insurmountable and nearly impossible for America to afford. No amount of money can repair the psychological damage African-Americans have experienced for centuries, and no amount of money can address the systemic racism that has been carried over from slavery. The United States would have to attempt to calculate the total cost to compensate for damages done to generations of an entire race of people to arrive at a dollar amount for reparations. A realistic expectation is not to offer monetary compensation but to educate the youth and future generations of all American citizens in a way that would reverse the effects of slavery on everyone and change every citizen’s perception of African-Americans.

On Jan. 31, best-selling author and U.S. presidential candidate Marianne Williamson said during an interview with CNN that African-Americans should be paid $100 billion in reparations in payments of $10 billion a year for 10 years. “At the end of the Civil War, Union Gen. William Tecumseh Sherman promised every formally enslaved person 40 acres and a mule, and those 40 acres and a mule would have given the formally enslaved population an opportunity to integrate into free society. What happened instead, of course, was black code laws in the American South, which ensured subpar social, political and economic opportunities for the former slave population, she said. Although 100 years after slavery there were many public policies enacted to address the ills of the African-American community, Williamson believes that America never paid the debt owed.

Williamson’s intention appears honorable and genuine; however, she errantly put a price on slavery—$100 billion. Although she did not reveal how she calculated that figure would be sufficient, the fundamental principle of governmental cost analysis is to consider every cost involved; for example, fixed costs, variable costs, direct costs, indirect costs, opportunity costs and others. If she had considered all the costs of slavery, she would not have offered any price.

Another U.S. presidential candidate, Bernie Sanders, said that “as the result of the legacy of slavery, you have massive levels on inequality.” This inequality that Sanders mentions is a cost of centuries of physical slavery and racism, but it is not just social, economic and political, it is also psychological. For example, an indirect cost to consider is when Africans were brought to America as slaves, they were not allowed to read or learn how to read. For generations, reading was forbidden to African-Americans. Not having the luxury of reading can hamper your brain because it requires exercise to keep it strong and healthy, just like any other muscle in your body. The mental stimulation experienced through reading has been found to enhance connectivity in the brain. Several generations of people who were refused the benefits of reading is a cost that can never be recouped. Some slaves had no desire to do better, but those who learned to read, such as Frederick Douglass, made great strides in life, even as a slave. Reading is so essential that it is unimaginable to think that generations of African-Americans have lived and died without the benefit of it. It still affects African-Americans today—in 2019, the racist jokes about Black people and reading such as “Black people do not read” or “if you want to hide something from a Black person just put it in a book.” The cost of centuries of being denied the mental exercise of reading cannot be adequately calculated into a dollar amount.

A direct cost of slavery is the cost of an African-American life. How much is a life worth depends on a lot of personal factors. An African-American woman, Bettie Jones, was shot by Chicago police in December 2015 and the city agreed to pay $16 million to her family. The cost of a life can be quite high, and the death of African slaves began before some even reached America. Between 1500 and 1866, Europeans transported to the Americas nearly 12.5 million enslaved Africans, about 1.8 million of whom died on the Middle Passage and their bodies were thrown into the Atlantic. The cost of 1.8 million unknown persons whose bodies were discarded into the ocean cannot be adequately calculated into a dollar amount.

Social, economic, political, psychological and physical damage to several generations of which some effects still linger today is the cost of slavery. According to Williamson, systemic racism of today is actually left over from slavery. To address systemic racism, we must solve the African-American and the White problem of racism alike.

Sens. Bernie Sanders and Kamala Harris agree that reparations are necessary, but they are merely offering more government programs. Harris said, “I’m serious about taking an approach that would change policies and structures and make real investments in Black communities,” and Sanders said he likes the proposed legislation that channels federal resources in a very significant way into distressed communities. Although community investments can do some good, it can’t be considered a form of reparations for slavery and racism.

Williamson is seeing beyond program and policies and understands that there needs to be a better approach. She wrote that “America needs to reconcile with our racial history—seeking genuine atonement and making meaningful amends. Until such time, tortured race relations will continue to plague us with more and more tragic results.” Her statement of reconciling our racial history is very much on point. Nevertheless, giving money to African-Americans is not the answer unless the money is earmarked for re-educating the entire American youth and future generations; $100 billion given to the 47.4 million descendants of African slaves in America in 2019 isn’t enough to repair the damage—that equals about $2,100 a person.