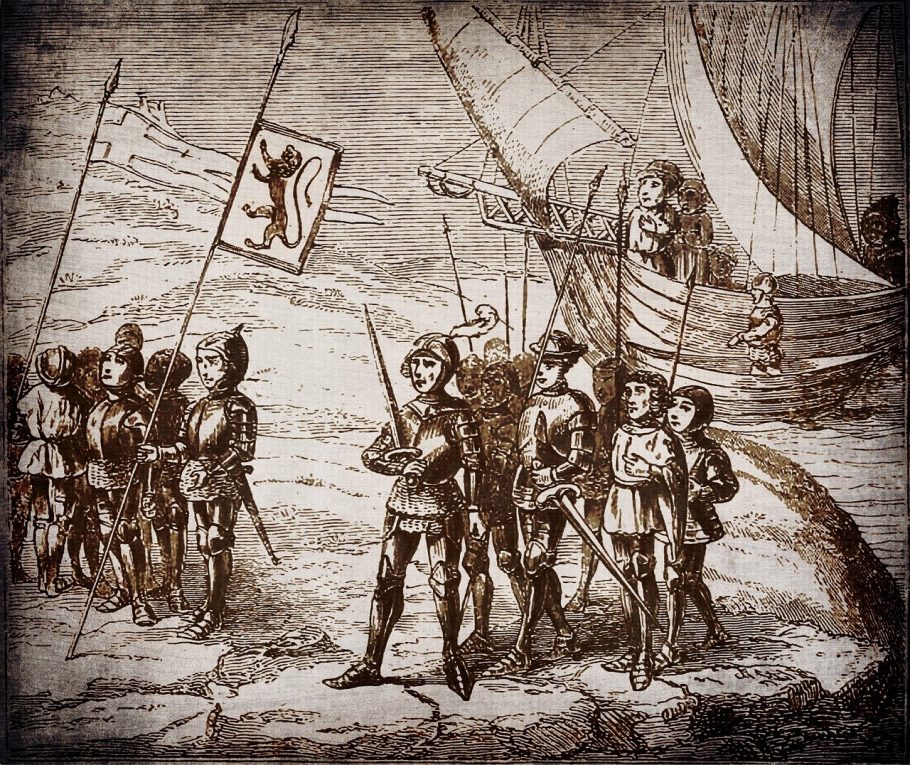 Britain’s Role in the Rise and Fall of Transatlantic Slavery

You Are Here: Home » Blog » Reparations » Britain’s Role in the Rise and Fall of Transatlantic Slavery

Independent MP William Wilberforce wrote the Slave Trade Act in 1807 which abolished the industry across the British Empire. It was enacted in 1833

The transatlantic slave trade was launched by Portuguese traders with the construction of sub-Saharan Africa’s first permanent slave trading post at Elmina in 1492.

But it soon passed into Dutch then English hands and, by the 18th century, was seeing tens of thousands of Africans shipped through ‘the door of no return’ each year on squalid slave ships bound for plantations in the Americas.

European traders would sail to the west coast of Africa with manufactured goods which they exchanged for people captured by African traders.

The European merchants would then cross the Atlantic with ships full of slaves on the notorious ‘Middle Passage’.

Conditions were so torrid that many of the captors, who often had barely any space to move, did not survive the journey.

For those who did survive, conditions did not improve much.

They were sent to toil on plantations across the modern-day United States, the Caribbean and South American nations such as Brazil, producing crops including sugar, coffee and tobacco for consumption back in Europe.

By the 1660s, British involvement had expanded so rapidly in response to the demand for labour to cultivate sugar in Barbados and other British West Indian islands that the number of slaves taken from Africa in British ships averaged 6,700 per year.

A century later, Britain was the foremost European country engaged in the slave trade. Of the 80,000 Africans chained and shackled and transported across to the Americas each year, 42,000 were carried by British slave ships.

Plantation owners were often cruel taskmasters, forcing their captives to work without rest for many hours and meagre rations.

The owners themselves – often the younger sons of British aristocrats who crossed the Atlantic to find their own riches after their fathers’ wealth was passed down to their older brothers – made fortunes which many used to build lavish homes across the English countryside.

But by the end of the 18th Century, the first calls for full abolition of slavery were being made in Britain.

Fuelled by a series of court judgements freeing slaves and the influence of religion, many leading figures joined the chorus for abolition.

At first, the campaign was countered strongly by those who profited from it. But then independent MP William Wilberforce took the helm of the growing anti-slavery movement and its wave of action gathered pace.

In the 1790s, Wilberforce was persuaded to lobby for the abolition of the slave trade and for 18 years he regularly introduced anti-slavery motions in parliament.

The campaign was supported by many members of the Clapham Sect and other abolitionists who raised public awareness of their cause with pamphlets, books, rallies and petitions.

In 1807, Wilberforce drew up the Slave Trade Act which finally to abolished the industry in Britain.

It did not free those who were already slaves, however, and it was not until 1833 that a second act was passed giving freedom to all slaves in the British empire.

The first British-owned slave to win his freedom through the courts was James Somersett, an enslaved African, owned by customs officer Charles Stewart in Boston, Massachusetts.

In 1771, soon after he was brought to Scotland, Somersett ran away but was re-captured and put on a ship bound for Jamaica. But three people claiming to be Somersett’s godparents from his baptism as a Christian in England, John Marlow, Thomas Walkin, and Elizabeth Cade, made an application before the Court of King’s Bench for a writ of habeas corpus.

After a month of consideration, judge Lord Justice Mansfield ruled that James should be set free. He called the case ‘odious’ and said that ‘the claim of slavery can never be supported’.

This was hailed as a great victory by James and his supporters and set an important precedent, widely taken to mean that when a slave sets foot on English soil, he becomes free. It wasn’t until Wilberforce’s 1807 act, though, that owning foreign slaves on foreign lands was outlawed.

The ancestors of a host of well-known Britons have been linked to the slave trade in recent years.

Among them is prime minister David Cameron whose first cousin six times removed, General Sir James Duff, in addition to benefiting from slavery while it was legal in the British empire, was given £4,101, equal to more than £3 million today ($4.7 million dollars), for the 202 black people he enslaved on the Grange Sugar Estate in Jamaica.

Nineteenth Century businessman William Jolliffe, a relative of Cameron’s wife, Samantha, also reaped the rewards of slavery, receiving £4,000, or around £3.25million in today’s money, in government compensation for having to free 164 slaves in St Lucia following abolition.