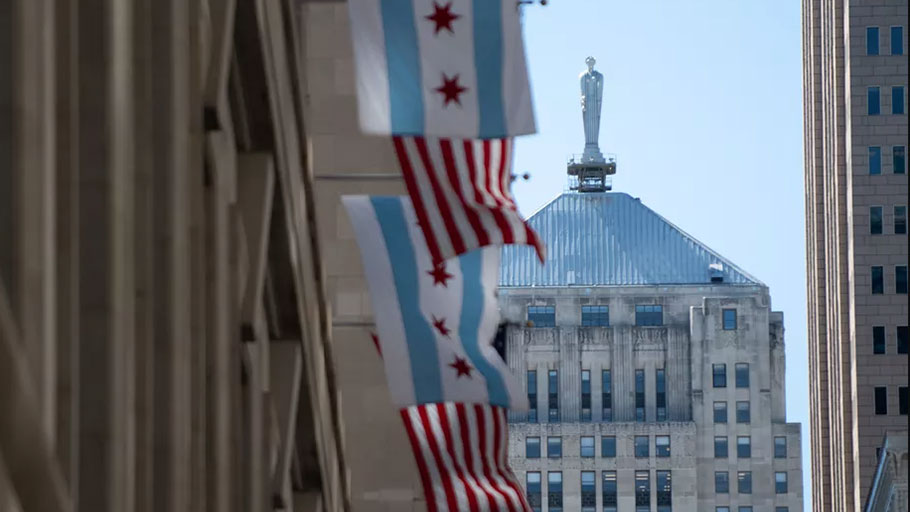 The Chicago City Council on Wednesday passed a resolution creating a council subcommittee to deal with the issue of reparations. Sun-Times

Two white aldermen — Nick Sposato and Anthony Napolitano — voted “no,” ignoring an appeal from Ald. Jason Ervin, chairman of the council’s Black Caucus. Napolitano called slavery “the worst thing ever,” but said it “was done in the past. We can’t rewrite it.”

The long and winding road for Chicago to find a way to make amends for the impact of slavery begins with a subcommittee.

The City Council made certain of it Wednesday by approving a revised resolution, a historic step in a city with a long and documented history of racial segregation and inequity— in housing, education, employment, criminal justice, health care and life expectancy.

Two white Northwest Side Aldermen — Nick Sposato (38th) and Anthony Napolitano (41st) — voted against the resolution, ignoring a last-minute appeal from Ald. Jason Ervin (28th), chairman of the City Council’s Black Caucus, to make it unanimous and thereby set the tone for racial healing in Chicago.

Napolitano acknowledged slavery was a “catastrophe, atrocious, the worst thing ever.” But, he said, “That was done in the past. We can’t rewrite it. And we’re already working on fixing it. It’s already being done. Signing on to this resolution is, to me, like saying OK, what happened in the past is gonna change.”

Sposato could not be reached.

An early version of the reparations resolution championed by millionaire businessman Willie Wilson had the teeth of an ordinance and called for a series of commitments from cash-strapped city agencies, including free CTA rides, free City Colleges tuition and a bigger share of city contracts.

That was scrapped; chief sponsor Ald. Roderick Sawyer (6th) called it “over the top.”

That was followed by a version calling for a 16-member commission that would have been charged with holding hearings and developing a specific plan to “ensure equity, equality and parity for citizens of African descent in Chicago who are mired in poverty.”

It would have remained in place for 20 years to monitor and ensure compliance; members would have included: Mayor Lori Lightfoot or her designated representative; five members of the City Council; and members from the public and ”eligible impacted community.”

That version was also scrapped, in favor of the subcommittee, which is firmly in Sawyer’s control.

The mayor’s hand-picked chairman of the City Council Committee on Health and Human Relations, Sawyer denied Lightfoot dictated the change amid concern about the potential cost at a time when the coronavirus pandemic has blown a $700 million hole in her precariously-balanced 2020 budget.

Rather, Sawyer portrayed the subcommittee as “something I would rather do” to give him “more autonomy” over the reparations issue.

Why is a subcommittee better than an independent commission?

“I don’t know where an independent commission is going. At least this way, I have a little bit of, I won’t say control, but input in what goes on.” 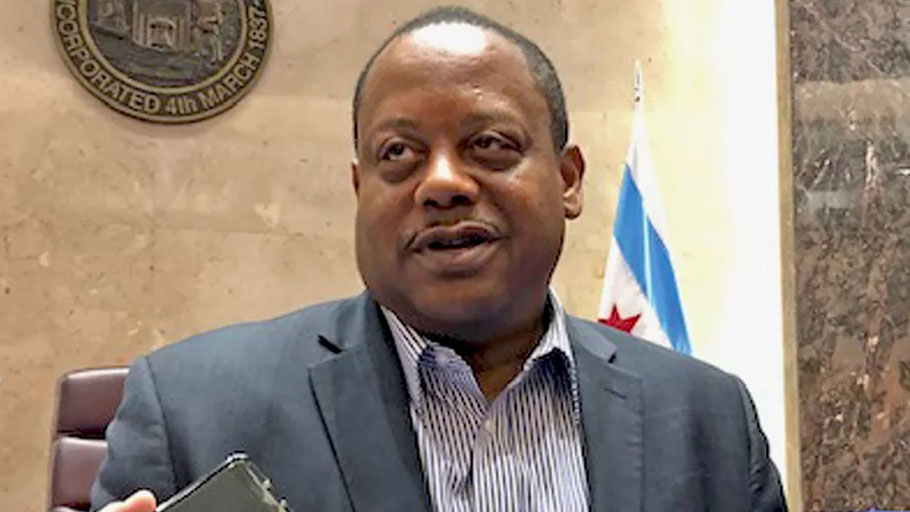 Ald. Roderick Sawyer will be in charge of a Chicago City Council subcommittee studying possible reparations for slavery. Sun-Times

Sawyer noted the death of George Floyd at the hands of now-former Minneapolis police officers — and the anger and protests it continues to trigger — has turned a political pipe dream into an open wound that could be healed by reparations.

African Americans have borne the brunt of coronavirus cases and deaths, exacerbating a nine-year gap in life expectancy between Black and white Chicagoans.

Long-neglected South and West Side neighborhoods were also ravaged by looters and arsonists after the downtown area was sealed off the night of Saturday, May 30. That has deprived some neighborhoods of the groceries and pharmacies they tried so long and hard to attract.

In November, Evanston made history by establishing a $10 million reparations fund to make amends to that north suburb’s Black population for historic wrongs traced to racial inequities. The money will come from a cannabis sales tax.

Sawyer was asked how Chicago can afford reparations.