Declaration from the International Meeting on Reparations in Caracas, Venezuela

You Are Here: Home » Reparations » Declaration from the International Meeting on Reparations in Caracas, Venezuela 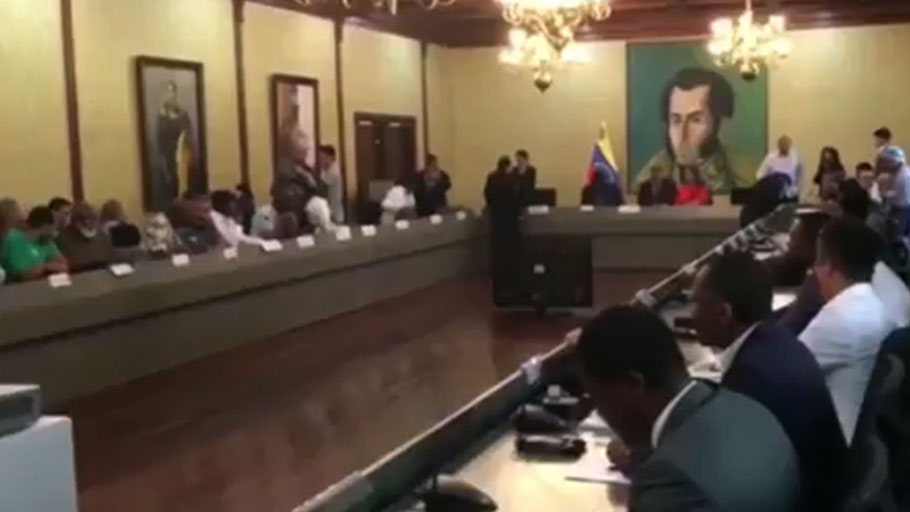 We, activists, scholars, government representatives and social movements, gathered in the city of Caracas, Bolivarian Republic of Venezuela from 8th to 10th May, 2018, on the anniversary of the anti-slavery and humanitarian rebellion of the Maroon Jose Leonardo Chirino, which occurred in Las Macanillas, Falcon State, on May 10th, 1795, declared as the Afro-Venezuelan National Day.

Delegates from different parts of the world gathered with the aim of discussing the topic of Reparations and finding a common strategy that enables us to translate what was discussed into concrete actions and results in the short, medium and long term.

We welcome the calling of this Meeting by the Bolivarian Republic of Venezuela, and recognize the encouragement given by President Nicolas Maduro Moros and the Bolivarian government to the topic of Reparations, placing it as a line of political action that shall generate a wide support from social movements, political organizations and national governments litigating reparation cases.

Racism, discrimination, xenophobia and their related forms have intensified in recent times as a result of the continuity validity of the consequences of slavery and its many contemporary effects and impacts.

The trafficking of enslaved persons and slavery were recognized as crimes against humanity at the 3rd United Nations World Conference against Racism and its related forms, held in Durban, South Africa, in 2001.

After developing the discussion points related to legal-juridical, multilateral, political, historical, economic, social and philosophical aspects of Reparations within the framework of this meeting, we hereby declare, and commit to:

We, the participants of the International Meeting on Reparations, approve this Declaration on May 10th, 2018, in the city of Caracas, Bolivarian Republic of Venezuela.

223 years after the pro-independence movement by Jose Leonardo Chirino, the Afro-Venezuelan Day!