Their forefathers were enslaved. Now, 400 years later, their children will be landowners

You Are Here: Home » Blog » Reparations » Their forefathers were enslaved. Now, 400 years later, their children will be landowners 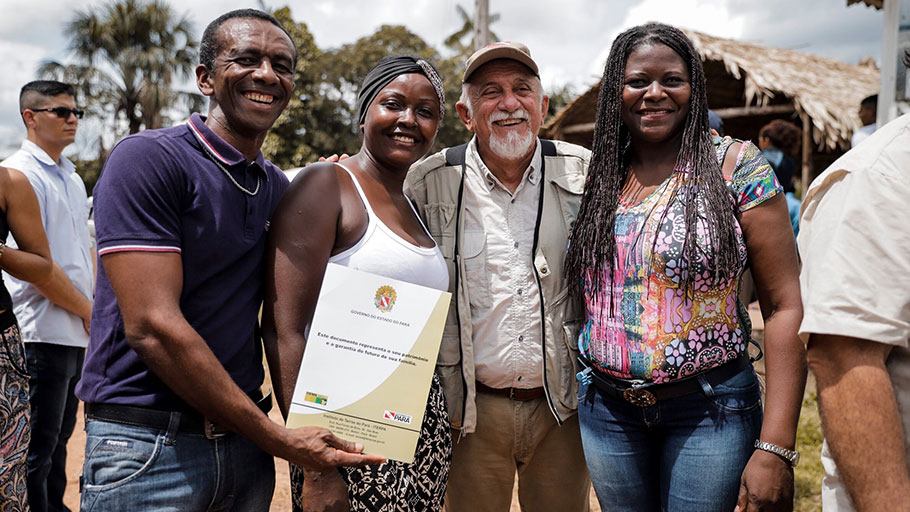 Rare victory for Brazilian poor, as record Amazon land tract is handed over to descendants of escaped enslaved people.

It was a modest ceremony for such a significant victory: it is not every day that the descendants of enslaved people are given the title to their land. But there was no doubt of its importance at a time when the protection of Brazil’s traditional rural communities is threatened by a conservative government in league with powerful agribusiness interests.

This weekend, Simão Jatene, the governor of Pará state, signed a document giving land titles for more than 220,000 hectares of Amazon forest to an isolated community populated by descendants of enslaved people who escaped centuries ago.

The 500 inhabitants of Cachoeira Porteira have spent 23 years trying to get legal rights to their territory. “It has a very important meaning for us,” said Valterlane Souza, 34, who was born and raised in the community. “Everyone was too emotional to talk.”

Some 950km from the state capital, Belém, Cachoeira Porteira is a “quilombo” – a rural settlement founded by descendants of enslaved people, of which there are some 6,000 in Brazil, said Denildo “Biko” Rodrigues, national coordinator of quilombo association Conaq.

“Where there was slavery there was resistance. Some quilombos were formed by those who escaped the slave house and others by those who fought and took the plantation,” he said.

Brazil has struggled to come to terms with its brutal legacy of slavery. Some 4.5 million people were forcibly brought here between 1600 and 1850, when Brazil ended the traffic, though domestic slavery was only abolished in 1888. Even today, 76% of the poorest Brazilians are black, compared with 55% of the general population.

Under Brazil’s 1988 constitution, quilombola and indigenous people were given rights over their ancestral territories. Leftwing president Luiz Inácio Lula da Silva issued a decree regulating the procedures in 2003, but so far just 170 quilombola territories have been given their full land rights, according to Conaq – 62 of those in Pará state. 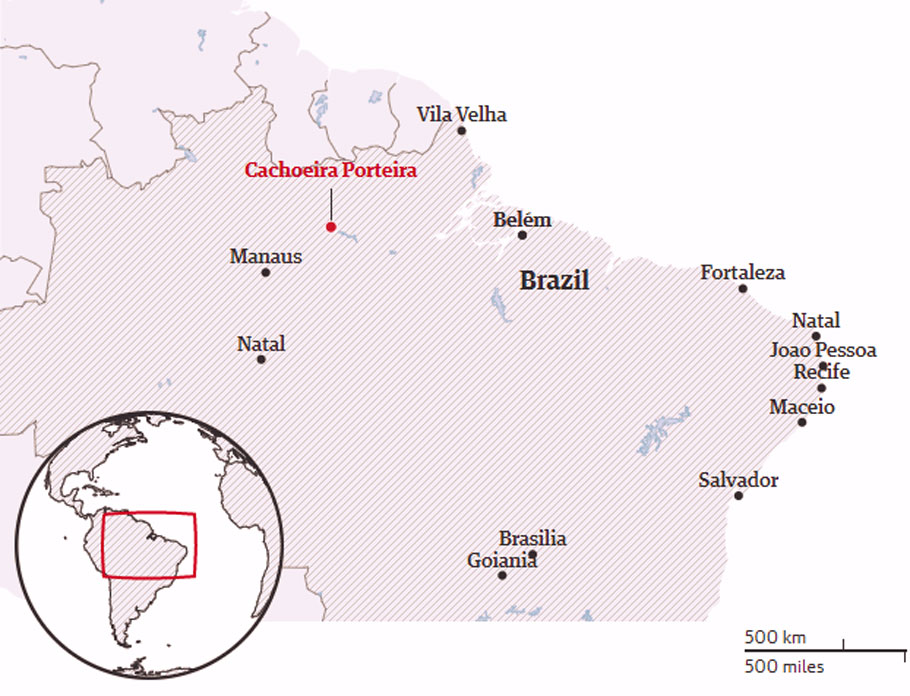 Last year, his government suspended new demarcations of quilombo territories pending a supreme court ruling on a legal action that argued that Lula’s original decree was unconstitutional. But in a landmark judgment on 8 February, the supreme court voted to uphold Lula’s decree.

“It was a significant victory,” said Rodrigues. But he cautioned that the government body charged with the regulatory process has had its budgets slashed as part of austerity measures and is barely able to operate.

“They have this very strong relationship with the place,” Farias Júnior said.

At Saturday’s ceremony, a song written for the occasion was sung and women performed an Afro-Brazilian dance called the Maculelê, spinning fluidly and clashing pieces of wood.

“The titling ceremony was wonderful, simple as it was,” said another resident, Claucivaldo Souza, 44. “It was something that many people no longer believed in, but it happened.” 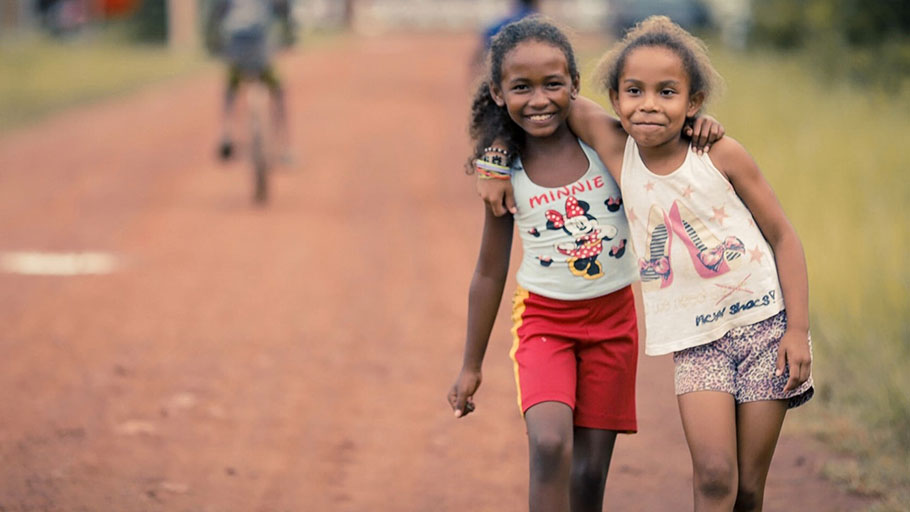 Ivanildo de Souza, 46, president of the Cachoeira Porteira association, cried as he described years of struggle to secure the title, during which the community resisted illegal loggers who attempted to buy their way into the area and plans for a hydroelectric dam project and highway were drawn up, then abandoned.

He told how two centuries ago escapees from plantations would climb up the treacherous Cachoeira Porteira waterfall – “Waterfall Gate” – beyond which overseers sent to capture them could not pass.

De Souza said the community was committed to protecting the forest that sustains them. “This is our objective,” he said. “We want to guarantee the nature. We struggled for this.”

Why Almost Half of Americans Don’t Think Trump is a Racist
We Need Your Support — Donate, Share, Sign-Up Ways to Support