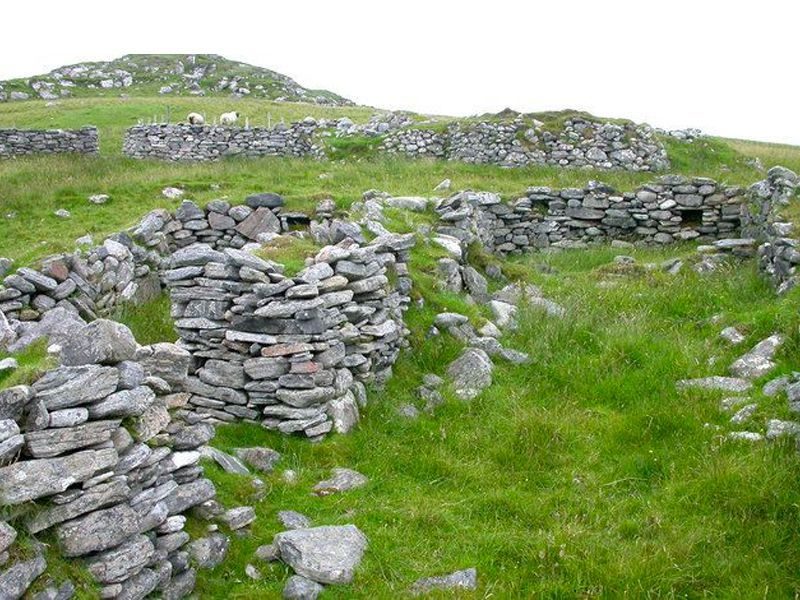 How Profits From Slavery Changed the Landscape of the Scottish Highlands

You Are Here: Home » Blog » Reparations » How Profits From Slavery Changed the Landscape of the Scottish Highlands

Money earned through enslavement played a key role in the eviction of Highlanders in the 18th and 19th centuries, study finds

Between roughly 1750 and 1860, wealthy landowners forcibly evicted thousands of Scottish Highlanders in order to create large-scale sheep farms. Known today as the Highland Clearances, this era of drastic depopulation sparked the collapse of the traditional clan system and the mass migration of Scotland’s northernmost residents to other parts of the world.

As Alison Campsie reports for the Scotsman, new research argues that this pivotal period in Scottish history had close ties to the enslavement of people in British colonies, with a cadre of individuals enriched by slavery evicting at least 5,000 people from their property and buying up more than one million acres of land relinquished during the clearances.

Iain MacKinnon of Coventry University and Andrew Mackillop of the University of Glasgow detailed their findings in a discussion paper published by Community Land Scotland, a nonprofit that represents the country’s community landowners. The pair’s research also features in a new episode of “Eòrpa,” a BBC current-affairs show anchored by journalist Ruairidh MacIver. The episode is not accessible in the United States, but United Kingdom–based viewers can watch it via the BBC’s website.

To narrow their scope, the researchers surveyed a northern portion of the western Highlands and Islands (most commonly defined as Orkney, Shetland and the Western Isles). Per the Scotsman, MacKinnon and Mackillop found that some landowners made their money from the direct enslavement of individuals on British plantations; others benefited indirectly by inheriting money or marrying into families that had profited from enslavement.

All told, beneficiaries of slavery made at least 63 estate purchases during the clearances, buying up territory that now comprises about 33.5 percent of all the land in the western Highlands and Islands. Adjusted for inflation, the researchers estimate that these buyers spent at least £120 million on land ($158 million USD). Because the authors are missing purchase prices for 22 of the estate sales, the true total is likely much higher. Similarly, MacKinnon and Mackillop estimates that beneficiaries of slavery evicted at least—but likely more than—5,000 people during the clearances.

The majority of these purchases took place between 1790 and 1855, with peak slavery-related sales taking place in the late 1830s. These sales coincide with a period in which the British Parliament paid out roughly £20 million to “reimburse” former enslavers for their financial losses after the British Empire formally abolished slavery in 1833. (According to the Scotsman, this compensation amounts to more than £2 billion, or $2.6 billion USD, today.)

John Gordon of Cluny, a colonel described in a separate Scotsman article as “one of the most hated men in Scottish history,” received the equivalent of £2.9 million as compensation for the more than 1,300 people he had enslaved on plantations in the Caribbean. He went on to purchase the Scottish islands of Benbecula, South Uist and Barra, evicting nearly 3,000 people in the process.

The new study is part of a larger effort among Scottish researchers to illuminate the full story of the country’s ties to slavery. As Mackillop notes in a statement, the pair’s report seeks “to encourage informed debate over the tangled legacies of Scottish society’s substantial and sustained involvement in slavery within the British Empire.”

MacKinnon adds, “It is now clear that returning wealth from Atlantic slavery had an important impact on landownership change in the West Highlands and Islands in the 19th century, and contributed significantly to the development of extractive and ecologically damaging forms of land use.”

As Alasdair Lane reported for NBC News this June, these debates have gained traction in the wake of ongoing Black Lives Matter protests against systemic racism. Scottish merchants played a key role in the trade of enslaved people, and many Scots owned humans directly, especially in countries along the West African coast and in the West Indies. Though Scots have historically been portrayed as “abolitionists and liberal champions,” their exploitation of Guyana, a country located at the northeastern tip of South America, contradicts this image, wrote Yvonne Singh for the Guardian last year.

Profits from enslavement bolstered some of the country’s most renowned institutions: In 2018, for instance, the University of Glasgow announced that it had received nearly £200 million in today’s money from donors involved in the slave trade, as Helen McArdle reported for the Herald at the time. The university committed to a reparative justice program, created a new center for the study of slavery and embarked on collaborative projects with institutions such as the University of the West Indies.

Scottish historian David Alston, who has compiled a list of individuals with financial investments in both the Highlands and Guyana as part of his two-decade investigation of the relationship between slavery and the Highlands, tells the Herald’s Jody Harrison that “[t]he more I’ve studied this I think that you really don’t understand the history of Scotland or the history of the Highlands unless you understand the importance of the slave trade in that history.”

Alston adds, “The history of the Highlands in 1700s and 1800s isn’t complete without mentioning slavery—it’s where the money was made.”