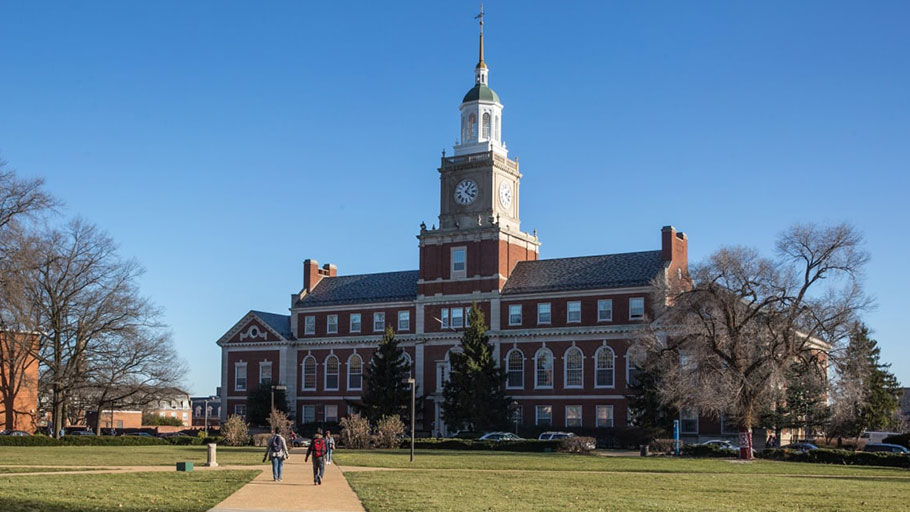 On Friday, October 11, 2019, Howard University held the HU Ideas Symposium in the School of Business Auditorium as a part of the lineup of events for Howard’s Homecoming. The symposium was moderated by chair of the Howard University King Lecture Series and former interim chairperson of the Democratic National Committee, Donna Brazile, and featured a panel of speakers who had a robust discussion on many issues surrounding the possibility of reparations for African Americans as compensation for slavery.

The featured panelists for the symposium were Bishop Eugene Sutton, the Episcopal Bishop of Maryland; Phillip Agnew, activist and co-founder of Dream Defenders; and Justin Hansford; executive director of the Thurgood Marshall Civil Rights Center and professor at the Howard University School of Law. They discussed many topics related to reparations including: how one can define reparations, how reparations can realistically be implemented, their responses to people who would say that reparations are unnecessary, and more.

The HU Ideas Symposium began by having the speakers define what reparations are. In defining reparations, Bishop Sutton said, “It comes from that root word meaning to repair. The act of repairing something is an act of reparation and the repair is the damage that this nation has suffered for 350 plus years of theft.” He then went on to further explain how Africans were enslaved and had their lives and dignity stolen from them and then, once freed, faced barriers that hindered access to proper education, healthcare, housing, and jobs during the civil rights era. Thus, when he discussed how reparations could be implemented, Bishop Sutton said that it’s not about giving individuals checks, “… It’s about putting wealth into black, impoverished communities.”

Another question the panelists addressed is how they would respond to those that say slavery is not their problem because they had nothing to do with it. Bishop Sutton said that while slavery is not our fault, it is our responsibility to fix it. Justin Hansford echoed this sentiment by saying, “The reality is there’s no statute of limitations on human rights violations. What we’re talking about here is a massive human rights violation, the same way that we saw the Holocaust was a human rights violation, the same way that human rights were violated in Columbia. In all these different contexts, there was an understanding that you have to make amends on a structural level for structural harms.”

One key point that the panelists discussed was how the progress following slavery has been up and down, rather than straightforward. After slavery, there was reconstruction which was a time of progress for African Americans, but segregation and Jim Crow laws came after that. This is just one example of the back and forth that occurs in the fight for reparations.

The symposium concluded with a Q & A session with the audience where the question was asked, what does reparations look like? The panel said the answer is somewhat ambiguous because it depends on what the black community wants. Phillip Agnew described what reparations looks like by saying, “I think one of the central tenets that people are asking for is self-determination. And so the ability of black people in mass to have the power, and the ability to make their tomorrow’s what they want… it is the ability to live in communities where we can be whole people, at the top of Maslow’s is human actualization.”