Message of Solidarity to the Guyana Reparations Committee from Prof. Sir Hilary Beckles, Chair of the CARICOM Reparations Commission and Vice Chancellor of the University of the West Indies. 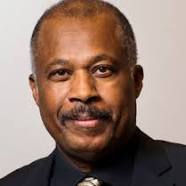 Members of the Diplomatic Corps,

I am delighted and honored to send you all warmest greetings of solidarity on behalf of the CARICOM Reparations Commission on the occasion of the International Youth Reparations Relay and Rally and I regret that pressing university business does not permit me to be there in person with you today.

It is indeed fitting that your reparations relay bearing a baton and a torch of liberation after travelling through villages and regions across the length and breadth Guyana will culminate with a youth rally at Independence Park in Georgetown just days before the proud people of Guyana will celebrate their country’s Jubilee anniversary after 50 years of independence from British colonial rule.

Permit me to use this opportunity to congratulate President Granger, the government of Guyana and the people of this great sister country on this joyous occasion and to wish you many more years of productive nation building.

It is also appropriate and fitting that this relay and rally is driven by the theme “Fanning the Flames of Reparations” because the cleansing fires of reparatory justice are beginning to burn in the hearts and minds of our people all across our beloved Caribbean region and the actions that you are taking today will serve to strengthen those fires of creativity and innovation that must be ignited in the souls of our people as we move into the next 50 years of independence.

The valiant and timely struggle for reparations for the descendants of slaves and indentured laborers in Guyana and across the Caribbean region could be viewed as the next stage in our peoples’ quest to consolidate their independence and sovereignty and to build a future based solidly on the principles of equity, political democracy, economic equality and social justice.

Strengthening our nations’ independence and struggling for reparatory justice are inextricably bound to each other.  Our struggle for reparatory justice is part and parcel of our goal to strengthen regional integration and to enhance the cohesion of our common Caribbean civilization. It is, indeed, a vital component of sustainable development moving forward.

Reparatory justice is not only a regional enterprise. It is a becoming more and more a global movement of formerly colonized peoples and we venture to predict that the questions of reparatory justice will be at the heart of the greatest political movement of the 21st Century, a movement that will spread far beyond the shores of the Caribbean, one that will engulf the entire Americas and will stretch to the shores of countries and nations in Asia and Africa that were once colonies in the vast empires of Europe.

It is notable that the leaders of the great country of India have recently called for reparations for decades of oppression and exploitation during the period of British colonization.

Sisters and Brothers, our ancestors are calling on us to make this struggle for reparatory justice an imperative of our time.  When we demand “reparations now” we are discharging our moral responsibility to demand restitution and recompense for the unspeakable injustices inflicted on our ancestors by the brutal and inhuman system of chattel slave labour.

When we talk about reparations, we are speaking about repairing the horrendous damages to our people wrought by the crimes of chattel slavery and later by the crimes of colonialism and imperialism. Those who say to us that slavery was a thing of the past, that we should put it behind us and move on, are, in essence, asking us to devalue the sacrifices of our ancestors.

Our collective history does matter. Black and brown lives have always and continue to matter in Guyana, in the Caribbean, in the USA and across Latin America.

We in the Caribbean quite rightly concern ourselves with the challenges that freedom and independence are posing.  We are concerned with the pressing problems of budget deficits and burdensome national debts in some cases at levels larger than our gross domestic products but in our search for solutions to these problems we must also recognize, analyze and understand these challenges within the broader historical context of the enormous social and economic deficits that we inherited from centuries of slavery and colonialism.

50 plus years ago, our former colonial masters left us a legacy in the Caribbean that can only be described as a “royal mess.” After sucking out the wealth that our enslaved and colonized forefathers and mothers created with their blood, sweat and tears, the colonialists left our countries with little or nothing upon which to build and develop prosperous and vibrant economies.

Having thus left us with this mess, we are now saying to the former European colonial powers that they have a moral responsibility as civilized and highly developed nations to come to the table and negotiate a partnership with us, one that will help us clean up the mess that they left behind.

These European powers have a case to answer in the courts of international public opinion and as countries that pride themselves as embodiments of integrity, democracy and respect for fundamental human rights, they must take seriously and respond adequately to the CARICOM demands as articulated in its 10-Point Reparations Program, a program that today enjoys the unanimous support of all the member states of CELAC (The Community of Latin American and Caribbean States)            and ALBA (The Bolivarian Alliance for the Americas).

The legacies of white supremacy and racism which are vestiges of slavery and colonialism are still prevalent throughout our region and they continue to be serious impediments to the full realization and practice of democracy, racial equality and access to economic opportunity in our respective nation states and these vestiges must be confronted and expunged from our societies as we forge ahead with implementing reparatory justice.

Allow me to commend the outstanding leadership of Bro. Eric Phillips, chair of the Guyana Reparations Committee and salute the dedicated and disciplined work of his committee’s members and volunteers. Their work is worthy of emulation by reparations committees, commissions and task forces across the CARICOM member states.

Finally, on this historic occasion it is important that we recognize and honour the almost incomprehensible sacrifices and contributions made to the building of Guyana by the labor of enslaved Africans who were brought to these shores in the 17th, 18th and 19th centuries against their will, ripped away from their ancestral homelands and forced to toil in the most horrible conditions.

We must remember and appreciate, for example, that 450,000 African lives were lost to genocide in the old Guiana of slavery, that enslaved Africans drove back the sea and had cleared, drained and reclaimed 15,000 square miles of forest and swamps, that all the sugar plantations that turned into villages and cities were built by unpaid African labour; that Africans installed 2,580,000 miles of drainage canals, trenches and inter-bed drains, built 2,500 miles of dams, roads and footpaths and 2,176 miles of sea and river defence….and let us never forget that 10 million tons of earth had to be moved by the bare hands of African slaves working without machines in order to build Guyana’s coastal plantations.

Let us therefore, sisters and brothers, use this solemn occasion to reaffirm our commitment and our collective resolve to continue the fight for justice for our people today and for generations to come. Forward Ever. Thank you.

SPEECH BY REVD. JESSE JACKSON ON THE OCCASION OF THE FRENCH NATIONAL DAY OF REMEMBRANCE OF SLAVERY AND OF ITS ABOLITION.

SPEECH BY REVD. JESSE JACKSON ON THE OCCASION OF THE FRENCH NATIONAL DAY OF REMEMBRANCE OF SLAVERY AND OF ITS ABOLITION.
We Need Your Support — Donate, Share, Sign-Up Ways to Support