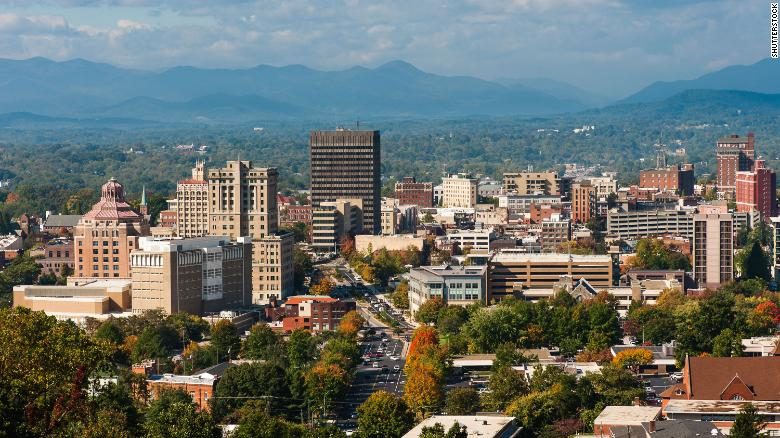 By: Esther Animalu and Skylar Mitchell —

(CNN) A city in North Carolina has put on hold a vote on how to allocate $1 million in community reparations to Black residents.

Asheville Mayor Esther Manheimer said at this week’s council meeting that a majority of the council members asked her to remove the proposed reparations resolution from the agenda.

Postponing the vote, she said, will provide time “to schedule a council work session with the new council, to develop a road map for how to proceed with the implementation of the already adopted reparations resolution.”

Manheimer said the council “remains unanimously supportive of the reparation resolution passed over the summer and that the funding would be taken up soon.”
In July, the council adopted that resolution, expressing remorse for the city’s role in slavery and systemic racism.

The City Council had initially agreed to invest in housing areas where Black residents often face disparities. The resolution also sought funding for Black people who have been denied housing through racist practices, including redlining, denial of mortgages and gentrification.

The demographic difference is stark in Asheville, with 83% White and 12% Black making up the population. In addition to apologizing for Asheville’s past, the council also recognized racist housing methods and vowed to enact programs to resolve racial inequalities.

However, the resolution, which passed in a 7-0 city council vote, does not specifically entail direct cash settlements and deposits to descendants of slaves in Asheville.

It called for “forming policy and programs that will establish the creation of generational wealth and address reparations due in the black community,” as well as asking the state legislature and federal government to do the same.

Outgoing city council member Keith Young, who crafted the resolution, told CNN that he hopes the funding will eventually go to those who deserve it.

“When I crafted this resolution and the city council agreed, there were three factors that blacks needed to meet before qualifying for grants. First, you have to be an Asheville resident for five consecutive years. Second, you have to be a registered voter and third, you have to have a high school diploma or GED,” Young said.

While many associate reparations solely with slavery — and in Asheville it pertains to that too — proponents of the reparations resolution want it to be broader.
Supporters hoped to find a way to directly address the impact of slavery and more recent discriminatory policies that affect the economic and social well-being of Black residents.

Asheville wasn’t alone. In the wake of George Floyd protests this past summer, local officials in Evanston, Illinois, and Providence, Rhode Island, were pushing to address past wrongs through reparations to Black and Native American residents. And they are grappling with the complexities of how it can be accomplished as well as the backlash, largely coming from White residents who see reparations as an unearned entitlement for historical harms that people receiving them may not have experienced personally.