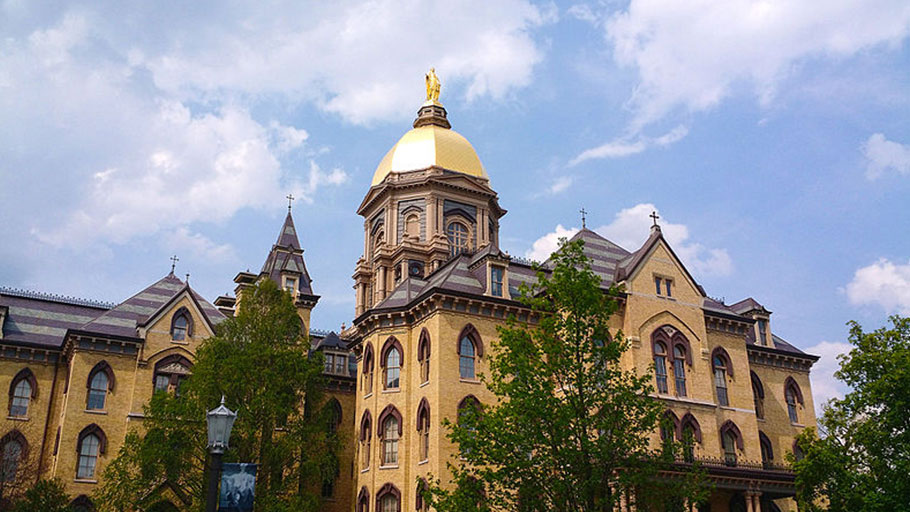 When Fr. Edward Sorin began building what would eventually be the University of Notre Dame, he began a long history of troubled relationships between the University and minority groups.

Today, Notre Dame is still trying to make up for the events both in its past and its present. On Wednesday, the Mediation Program of the Kroc Institute for International Peace Studies hosted a panel on reparations and reconciliation at Notre Dame with speakers from the Notre Dame, Potawatomi and South Bend communities alike.

“It’s really important that we hear the stories because no one has only one story. And we don’t hear the stories. We don’t hear the experiences, and we’re continuing to perpetuate the ignorance and the lack of education about what happened,” said Susan Page, visiting professor at the Keough School and the panel’s moderator.

In an effort to make these stories known, the panel invited speakers from minority groups to share their experiences, which are not often publicized.

One such panelist was Gary Morseau, a citizen of the Pokagon Band of Potawatomi.

“We sit there and we always work with them with our history,” Morseau said. “Then you turn around and look, and they change the history. They rewrite it to benefit them. And we bring it to their attention, and they won’t discuss it. We’ve never been hostile to them. We only want to work one on one with them.”

There are many things the University does not address, including the unfulfilled promise of free tuition for the Potawatami people, Morseau said. This is one story that is not often discussed, he said.

“Whenever I speak in front of any people, I ask if there are any questions at the end, and all the hands go up,” Dr. Brian Collier, director of the American Indian Catholic Schools Network, said. “They ask me one question: When is Notre Dame going to reinstate free tuition? And I go, ‘I don’t know, I’m not that guy,’ and ask if there are any more questions, and there aren’t. That is the question of the day.”

The panelists asked questions that started conversations about working towards reparations and improving relationships both with the Pokagon Band of the Potawatomi as well as African Americans, especially in light of Walk the Walk Week.

Another main problem preventing the conversation from moving forward, many panelists stated, is that there is not enough education about past actions.

“I think it’s important, the notion of education, and that we have not even been educated about our own history — which is often rewritten by the winners,” Page said. “We need to know more so we can actually understand where we’re coming from.”

The panelists did not just ask questions that are not often asked and bring light to stories that are not often discussed. They also suggested a number of things people on campus can do to begin reparations for the University’s actions and their repercussions.

“It’s hard to get anywhere with people who are hell-bent on not acknowledging that Notre Dame has problems,” said senior Savanna Morgan, spokesperson of End Hate at ND. “That’s why when we talk about change, I think it’s really important to note that a lot of it will have to come from the bottom, which is why student-led initiatives — kind of like grassroots initiatives — are the most productive way of going about change at this University.”

Although Morgan said the path to reparations and reconciliation seems long, the panel ended with a message of hope.

“It would be tragic enough if this was simply a matter of history, but it isn’t; it’s ongoing, it’s alive,” said Laurie Nathan, professor of the practice of mediation at the Kroc Institute. “I want to acknowledge that and acknowledge the pain. And second, I want to say that this is not simply a forum for talking. I hope this is a platform for action.”

Featured image: The Main Building, Golden Dome, at the University of Notre Dame in Notre Dame, Indiana. Wikimedia Commons – This file is licensed under a CC license.