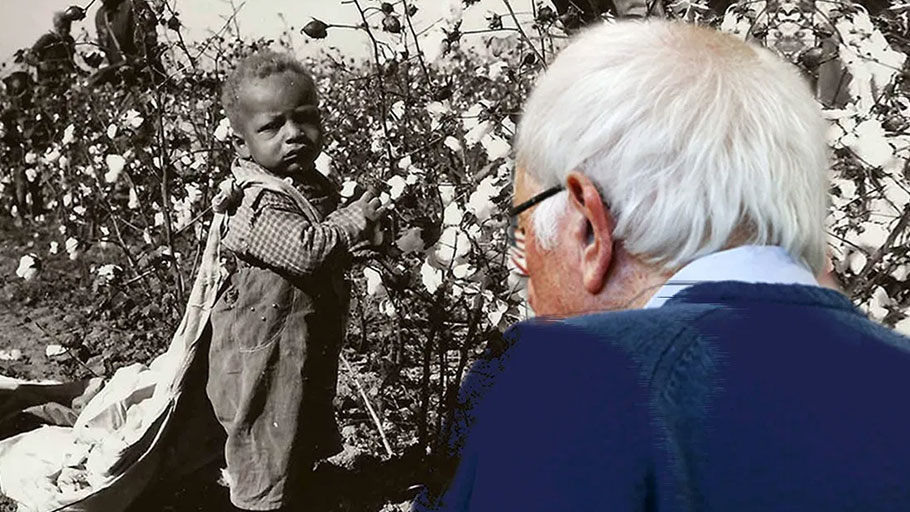 By Dana Sanchez, The Moguldom Nation —

Senators Elizabeth Warren and Cory Booker have said they support some form of reparations, but Bernie Sanders has declined to do so, insisting instead that “there are better ways” to help Black communities “than just writing out a check.”

Wanting it both ways, Sanders denies that he has rejected reparations. However, unlike former Vice President Joe Biden, Sanders is willing to talk about it.

During a Dec. 2 conversation with the New York Times editorial board. Sanders said he had just returned from the campaign trail in South Carolina, where he said, “We have more African-American support in the State Legislature than any other candidate.”

“We had nine members of the State Legislature who are supporting us … we have a whole lot of people like Cornel West, Nina Turner, Danny Glover, many others — leading African-American voices that are out there campaigning very, very hard for us,” Sanders said. “I think we will surprise people about how well we do in South Carolina.”

Mara Gay, a member of the New York Times editorial board, asked Sanders to talk about reparations.

“You’ve declined to support reparations,” Gay said. “What, if anything, should the federal government do to address the condition, specifically of Black Americans after centuries of discrimination, exclusion and plunder?”

Booker in April filed a Senate bill to consider a national apology for slavery and to study reparations for the racial and economic discrimination that persists for African Americans. The bill is officially called HR 40 Commission to Study and Develop Reparation Proposals for African-Americans Act. Booker campaigned on a proposal to address growing income equality with baby bonds, a government-run savings program for children.

Sanders said he is sympathetic to Rep. James Clyburn of South Carolina, who drafted the 10-20-30 formula to fight persistent poverty. The formula would ensure that no communities are left behind. It would direct at least 10 percent of rural development investments to persistent poverty communities — counties where 20 percent or more of the population has lived below the poverty line for the last 30 years.

“I don’t know if you’re familiar with what Clyburn is talking about,” Sanders said. “It’s called the 10-20-30 legislation and what it says is, the federal government must substantially increase funding for distressed communities that have long-term poverty rates. Often, not always, African-American communities. And that means a significant increase in federal funding for housing, for education, for health care, for infrastructure, for job training.”

“You’re absolutely right. There is no argument,” Sanders continued. “They’re all … African-American … We don’t even have to go into all the horror that that community has experienced, and that has got to be addressed and we intend to address it in an extremely bold way. That’s a promise I make to you.”

This article was originally published by The Moguldum Nation.