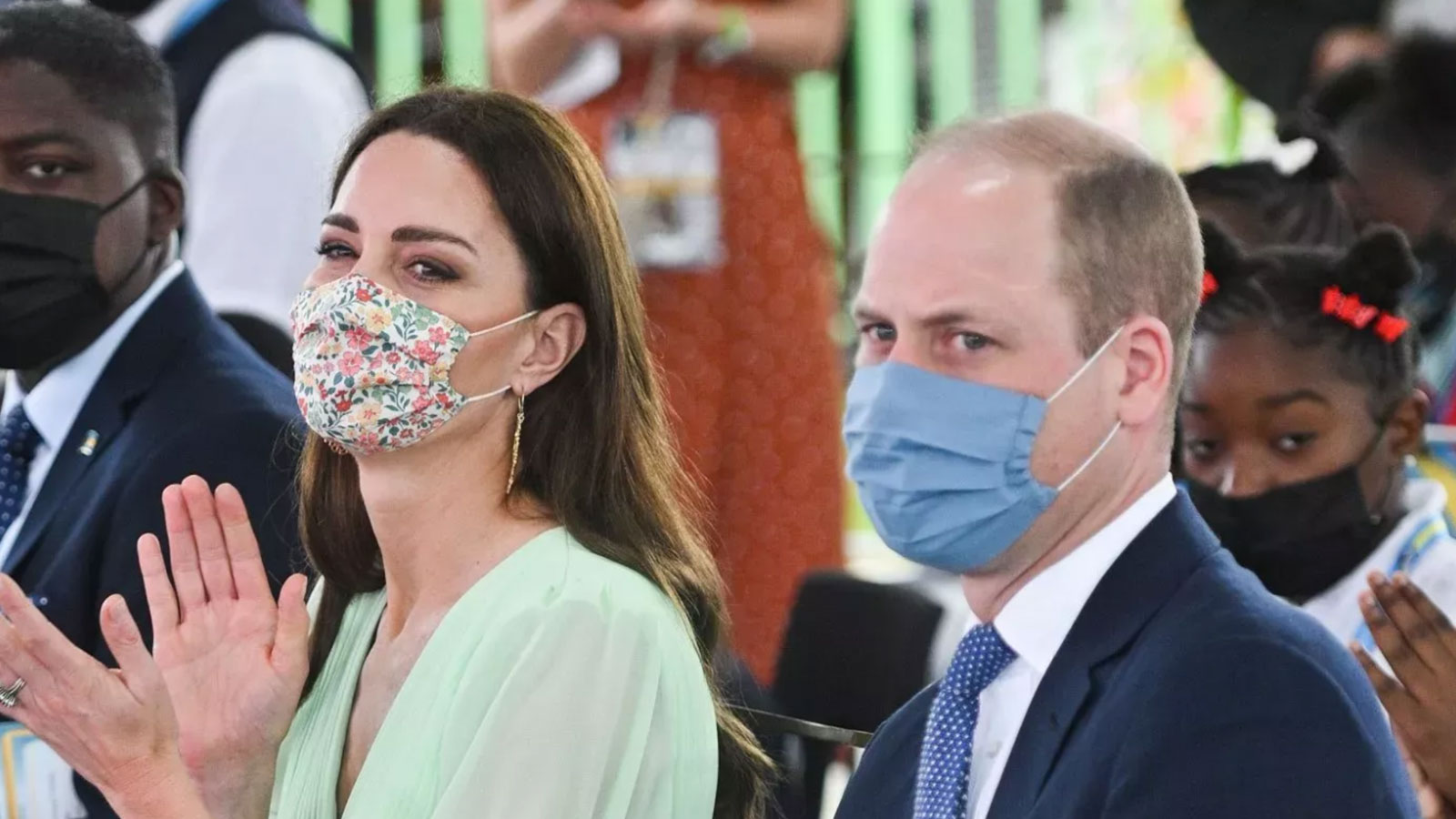 Prince William and Kate Middleton passed a group of protesters demanding reparations on their way to a visit to a primary school in the Bahamas on Friday, a video from a local reporter appears to show.

The royal couple has been in the Bahamas as part of a three-stage Caribbean tour celebrating Queen Elizabeth II’s platinum jubilee.

Protesters stood outside the Sybil Strachan primary school in the capital Nassau, on the New Providence island, with signs reading “Freedom, Redemption and International Reparation Now,” according to a video posted on Twitter by Jared Higgs, assistant broadcast editor at The Nassau Guardian.

As the group was kept some distance from the school, the royal party drove past them on their way to begin their scheduled event in which Kate was due to give a speech to schoolchildren.

This group was shown—in another video posted to social media earlier in the day by Higgs—being denied access to the school grounds with one protester stating: “we can’t represent ourselves to the British royals?” The protester also referred to the tour as a “once-in-a-lifetime opportunity.”

Prince William and Kate Middleton’s tour has been met with protests previously in Belize and Jamaica.

The subject of reparations has been raised several times at various stages of the royal tour, but most explicitly in Jamaica and the Bahamas.

The former saw large pro-reparations protests demanding that William formally acknowledge the role that his royal ancestors played in the enslavement of Africans transported to the Caribbean 300 years ago.

On Tuesday, a letter written on behalf of the Bahamas Reparation Committee as a response to William and Kate’s upcoming visit was released, demanding a “full and formal apology” from the governments of Europe for their “crimes against humanity.”

The letter also stated that: “The Duke and Duchess may not be compelled to make such a declaration during their visit to our shores. They may not be able at this time to speak on behalf of the Queen and their Government at this time. However they can no longer ignore the devastation of their heritage.

“They and their family of Royals and their Government must acknowledge that their diverse economy was built on the backs of our ancestors. And then, they must pay.”

The following night, William partially addressed calls for him to acknowledge this in a speech given at a reception hosted by Jamaica’s governor general.

He said: “I strongly agree with my father, the Prince of Wales, who said in Barbados last year that the appalling atrocity of slavery forever stains our history.

“I want to express my profound sorrow. Slavery was abhorrent, and it should never have happened. While the pain runs deep, Jamaica continues to forge its future with determination, courage and fortitude.”

The speech did not deliver the apology that many were hoping for and was called “tone deaf” and an act of “whitewashing” by critics.

William is expected to make an address at a reception closing the royal tour on Friday night.

The level of protesting in the Bahamas has thus far been less than was seen in Jamaica, though the message of the group assembled outside Sybil Strachan primary school is no less potent.