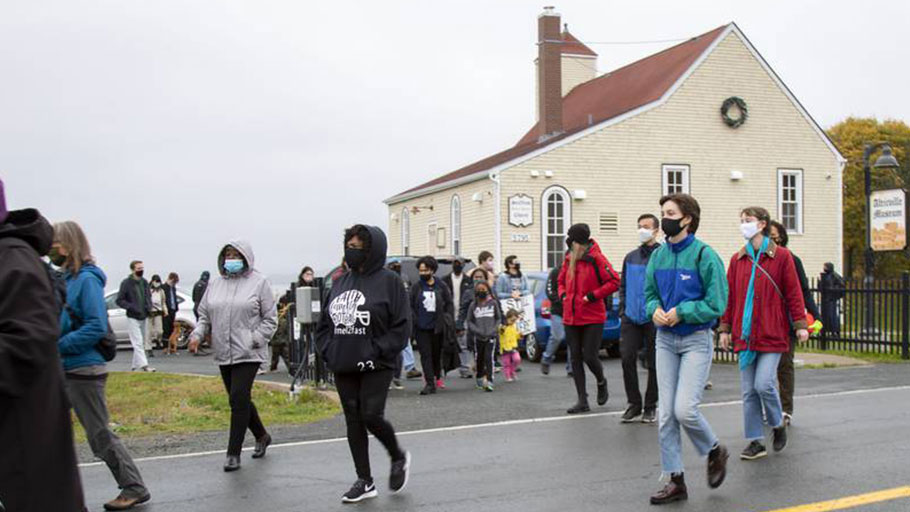 About 100 people marched and drove through a section of Halifax surrounding the periphery of the former Africville Saturday, demanding that the municipality and province move faster on compensating members of the community and their descendants.

The city expropriated the land and bulldozed the community in the 1960s in the name of urban renewal.

While former Halifax mayor Peter Kelly apologized publicly a decade ago and a replica church and museum were built on what is now a designated heritage site, those seeking reparations and compensation say they continue to be rebuffed by government.

A class-action suit is in the works before the courts, but claimants would rather see the issue settled now, says Denise Allen.

Allen said successive governments have let the the community down for too long, and the matter needs to be resolved.

“They aren’t paying any attention apart from the apology, that’s it,” she said. “Today is to bring attention to all levels of government that they had a hand in the destruction of Africville.” 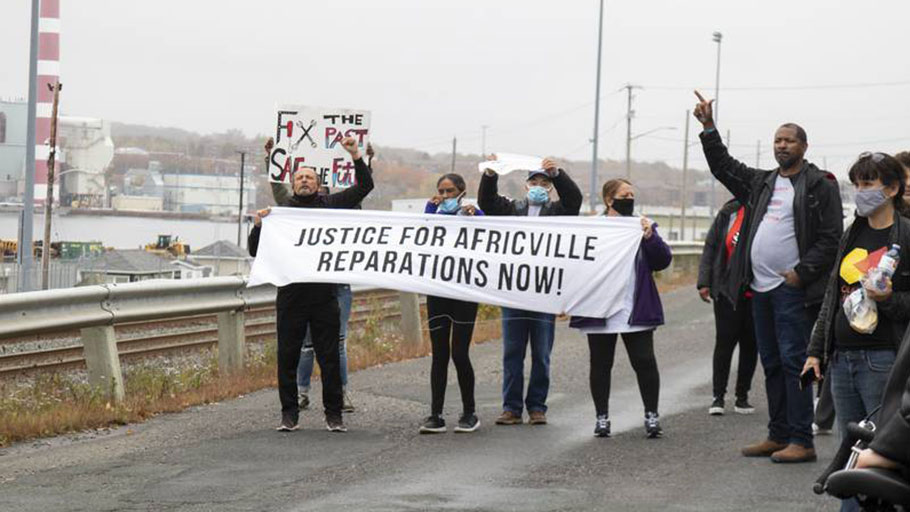 About 100 people in cars and on foot made their way through the north end of Halifax Saturday to protest the continued lack of reparations for the expropriation and demolition of Africville in the 1960s. Amanda Carvery-Taylor/Submitted – Submitted.

She said former community members and their descendants will keep the pressure on until there is a resolution.

“The struggle for justice as a result of what happened to Africville is far from over,” she said.

As far back as 2004, a United Nations report after a representative’s visit to Canada suggested reparations for the destruction of the community.

“The United Nations is saying ‘Wow, Canada, of all nations, of all countries, Canada, you haven’t settled with Africville yet,’” Allen said.

She said it makes the country seem hypocritical when it criticizes other nations for violations of human rights.

Allen said it’s not just a matter of the land being lost, because there is also the emotional impact that people are still dealing with.

Protesters walked and drove through streets in the north end of the city, chanting “Africville Matters,” and “Reparations Now, ” and carrying signs with the same messages. The rally and subsequent march lasted about four hours.

Allen said she was happy with the turnout, and the support from people along the route who joined in the chants, About 35 vehicles and 75 people made their way along the route.

Halifax Regional Police shut down streets as the march made its way along various streets.