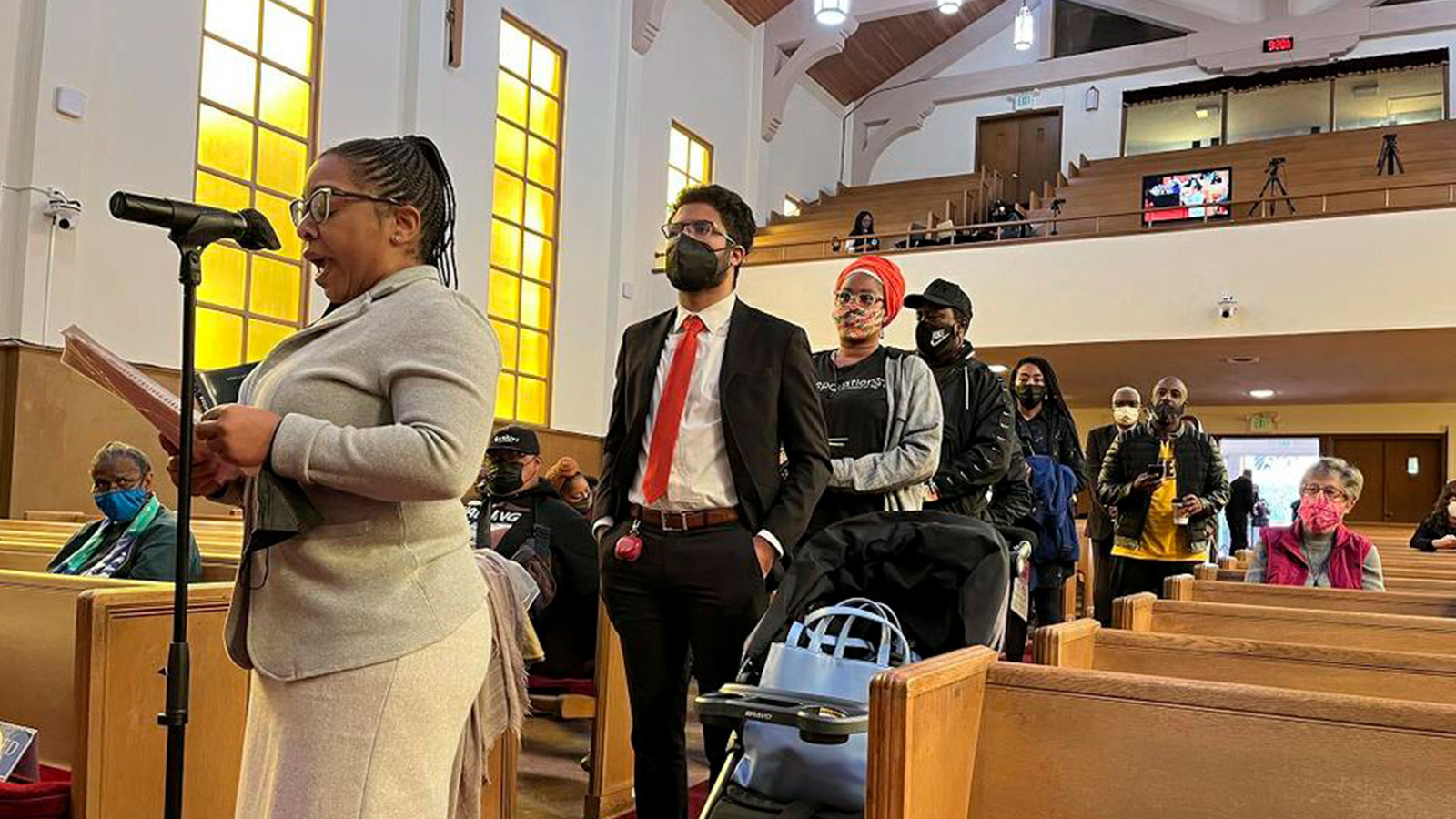 In California, the preliminary report of a governmental task force suggests how the toll of slavery and white supremacy can be assessed—and compensated for.

By Ramenda Cyrus, The American Prospect —

Two years after Gov. Gavin Newsom created California’s Reparations Task Force, the group has issued its first report on the need for reparations for Black people within the state.

The task force is the first of its kind, and its report takes an ambitious stance on how to provide relief from systematic racism to the state’s two million-plus Black Americans. The findings of the report have wide-ranging implications for how reparations as a policy can be regarded at the state level. It also provides a race-conscious framework for broader policy considerations.

Such reparations are government attempts to undo a wrong on a population by adopting special economic considerations for that population. Popular ideas have included direct cash payments, tuition, and favorable housing policy for the descendants of enslaved Americans.

The idea has been widely discussed for years, at least since Ta-Nehisi Coates’s 2014 essay on the topic for The Atlantic. “The early American economy was built on slave labor. The Capitol and the White House were built by slaves. President James K. Polk traded slaves from the Oval Office,” Coates wrote. “Reparations—by which I mean the full acceptance of our collective biography and its consequences—is the price we must pay to see ourselves squarely.”

There have been many questions about the practicality of such a policy. Many have asked: How do you determine eligibility? Is it fair to provide reparations for just Black Americans? How can the country afford this?

Some have endeavored to answer these questions. The task force is set to release a full report later this year, and so for now only has provided answers to some of the big questions. Still, the interim report is likely the most thorough governmental documentation on both the need for slavery reparations and the entire history of racism in America.

Its executive summary states: “In order to maintain slavery, government actors adopted white supremacist beliefs and passed laws to create a racial hierarchy and to control both enslaved and free African Americans … These laws and government supported cultural beliefs have since formed the foundation of innumerable modern laws, policies, and practices across the nation.”

The task force then points to the agencies, laws, and court rulings that actively perpetuated both slavery and racial injustice. If California sets the tone on this topic, as it did with marijuana legalization or gun reform, at least in blue states, then subsequent reports on reparations should acknowledge this reality as well.

The report details the history and harms of racism, from enslavement and racial terror to political disenfranchisement and segregation, thoroughly assessing the history both within the country and in California specifically. It also acknowledges a brief moment when Black people had political power during Reconstruction, but just as quickly notes that those gains were systematically stripped.

Reconstruction applied only to Southern states, but the report notes the resounding backlash that echoed in faraway California as well. “Racist lawmakers elected from southern states blocked hundreds of federal civil rights laws and edited other important legislation to exclude or discriminate against African Americans.”

The task force’s legitimacy has been questioned on the basis that California was never a slave state. The report has a reply: “Despite California entering the Union in 1850 as a free state, its early state government supported slavery. Proslavery white southerners held a great deal of power in the state legislature, the court system, and among California’s representatives in the U.S. Congress.” Gov. Newsom has also been criticized for focusing on reparations when the state has other big things to worry about: Inflation and a tumultuous housing market are just a couple.

The report is an ambitious exercise in defining the “institutional” part of institutional racism. Racism is not only the action of an individual, the report documents, but also a coordinated effort among powerful actors to maintain a system of subjugation. The need to remedy the daily pain this has generated is urgent. Highlighting the impact of slavery and racism on a state like California gives clearer insight into why it is important that all states take these steps forward.

The interim report is 500 pages long, with dozens of recommendations for reparations. Direct cash payments are far from the only option, and a wide range of possibilities are considered within the report.

It suggests broad ideas such as striking harmful language from the state’s Constitution permitting involuntary servitude; it also suggests validating the Black experience by creating “forms of acknowledgement and apology” for political disenfranchisement and other harmful systems.

Despite the report being rather broad and preliminary, the task force does take care to offer very specific solutions. For instance, to compensate for stolen labor, the report suggests: “Create a fund to support the development and sustainment of Black-owned businesses and eliminate barriers to licensure that are not strictly necessary and that harm Black workers.”

It also suggests providing free tuition to California colleges and universities and creating a state-subsidized mortgage system that would provide low interest rates to Black people.

The full report is expected to be released later this year.