Reparations for Slavery and the Slave Trade: A New Book on the Idea of Reparations 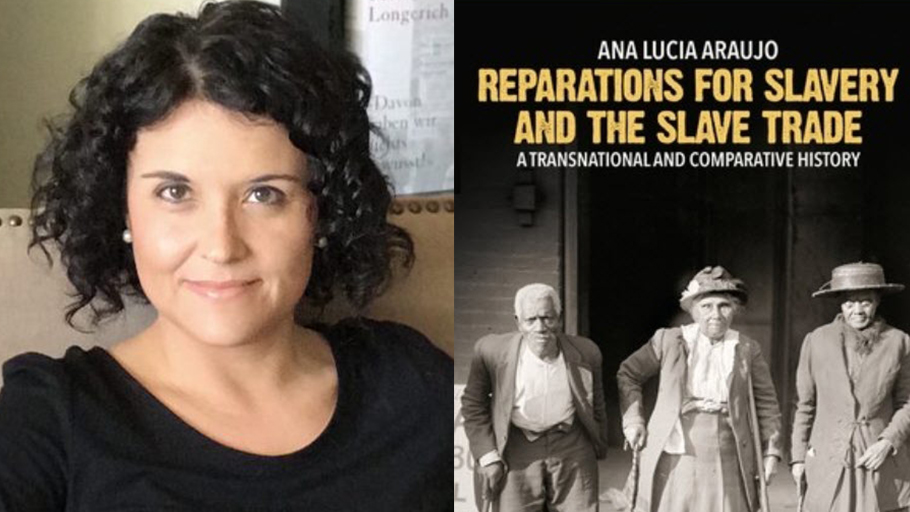 The author of Reparations for Slavery and the Slave Trade: A Transnational and Comparative History is Ana Lucia Araujo, a full professor in the Department of History at Howard University. Professor Araujo is a cultural and social historian whose work explores the history and the memory of the Atlantic slave trade and slavery and their social and cultural legacies. In the last fifteen years, she authored and edited over ten books on these themes. Her new book  Reparations for Slavery and the Slave Trade was published by Bloomsbury in 2017. She was recently nominated as member of the International Scientific Committee of the UNESCO’s Slave Route Project. She is currently writing a new book provisionally titled Atlantic Slavery and Memory: Problems and Debates, which explains why today more than never before, slavery and the Atlantic slave trade are the object of growing discussion in the public sphere.

About Reparations for Slavery and the Slave Trade 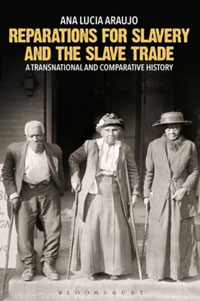 Slavery and the Atlantic slave trade are among the most heinous crimes against humanity committed in the modern era. Yet, to this day no former slave society in the Americas has paid reparations to former slaves or their descendants. European countries have never compensated their former colonies in the Americas, whose wealth relied on slave labor, to a greater or lesser extent. Likewise, no African nation ever obtained any form of reparations for the Atlantic slave trade.

Ana Lucia Araujo argues that these calls for reparations are not only not dead, but have a long and persevering history. She persuasively demonstrates that since the 18th century, enslaved and freed individuals started conceptualizing the idea of reparations in petitions, correspondences, pamphlets, public speeches, slave narratives, and judicial claims, written in English, French, Spanish, and Portuguese. In different periods, despite the legality of slavery, slaves and freed people were conscious of having been victims of a great injustice.

This is the first book to offer a transnational narrative history of the financial, material, and symbolic reparations for slavery and the Atlantic slave trade. Drawing from the voices of various social actors who identified themselves as the victims of the Atlantic slave trade and slavery, Araujo illuminates the multiple dimensions of the demands of reparations, including the period of slavery, the emancipation era, the post-abolition period, and the present.

“This is a book I’ve been waiting for — a timely and overdue account of the centuries-long cry for reparations, written by a gifted historian of transatlantic slavery. Ana Lucia Araujo has brought valuable context, perspective, and learning to one of the urgent issues of our time.” – Marcus Rediker, Distinguished Professor of Atlantic History, University of Pittsburgh

Julie Hawks: What are the principal findings or arguments of your book? What do you hope readers take away from reading it?

Ana Lucia Araujo: My book is a narrative history of the demands of financial, material, and, to a lesser extent, symbolic reparations for slavery and the Atlantic slave trade. I combined the approaches of social and cultural history, and relied on written primary sources in English, French, Spanish, and Portuguese, which included abolitionist pamphlets, correspondence, parliamentary debates, petitions by former slaves, newspaper articles, and congressional Bills. I included public discourses by Black activists and politicians in western European countries such as France and the United Kingdom, West Africa, the United States, the Caribbean, and Latin America. The book shows that demands of reparations for slavery not only remain alive but also have a long history.

I explore how the idea of reparations emerged, how it was developed over time, who were the social actors who requested it, in which period, and why. I argue that arguments in favor of or opposed to reparations carried similar elements in societies where slavery existed. I show that since the nineteenth century, Black women played an important role in the movements for reparations. I argue that from the beginning, these movements were radical endeavors. Organizations defending reparations were criminalized, dismissed, and rejected by governments that preferred to indemnify slave owners instead of providing resources to former slaves and their descendants. Finally, I explain why current debates on reparations remain so relevant in the Americas, Europe, and Africa.

I hope readers will be encouraged to think transnationally about the history of slavery and emancipation, and understand that the history of calls for reparations cannot be restrained to national borders. Hopefully, readers will seize the ways the calls for reparations have been historically addressed and are connected to the peculiarities of the slave systems that prevailed in the societies where they emerged. These demands are also linked to how the abolition of slavery unfolded in several countries of the Americas, and are associated with the paths of development taken by these societies during the post-abolition period. I will be happy if readers grasp how demands of reparations relate to the ways Black activists responded to the legal systems that imposed racial segregation, promoted racism, and reinforced white supremacy in former slave societies. Because there is still much research to be done on many aspects of the transnational history of reparations for slavery, I hope the book provides information to scholars, students, and activists to expand the research on reparations for slavery and the slave trade. Follow her on Twitter @analuciaraujo_.