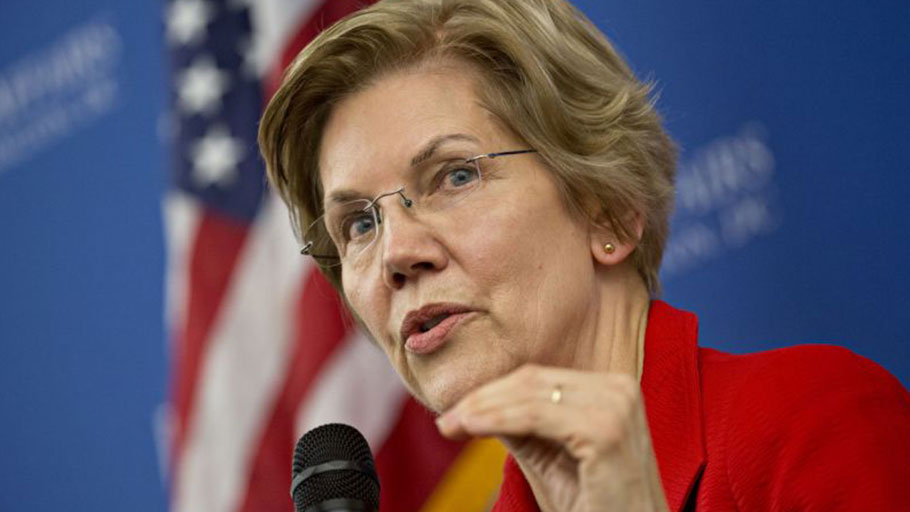 WASHINGTON (Reuters) – U.S. Senator Elizabeth Warren, who is running for the Democratic presidential nomination, supports the federal government issuing reparations to black Americans who were economically affected by slavery, she said on Thursday.

“We must confront the dark history of slavery and government-sanctioned discrimination in this country that has had many consequences including undermining the ability of Black families to build wealth in America for generations,” Warren, who is white, said in a statement to Reuters.

She pointed to a bill she has introduced in Congress that would provide help to minorities in making a down payment on a home.

“Black families have had a much steeper hill to climb – and we need systemic, structural changes to address that,” she said in the statement.

Warren first made similar comments on Thursday to the New York Times.

She is competing in a crowded field of Democrats hoping to be their party’s pick to challenge Republican President Donald Trump in the November 2020 election.

Issuing reparations to all living people who are descendents of slaves or who have suffered from the ills of racial discrimination targeted at black people has been estimated to cost trillions of dollars.

The United States waged a civil war from 1861 to 1865 over legal slavery. The practice was abolished in most states in 1863 and completely at the end of the war and with the ratification of the Thirteenth Amendment to the U.S. Constitution in 1865.

A 2016 poll by Marist College commissioned by WGBH radio station in Boston found that 68 percent of Americans do not think reparations should be paid to the descendents of slaves, compared with 26 percent who said they should. Among African-Americans, 58 percent support paying reparations and 35 percent oppose them.