You Are Here: Home » Blog » Reparations » Some experts propose reparations as solution for decades of racial health inequities 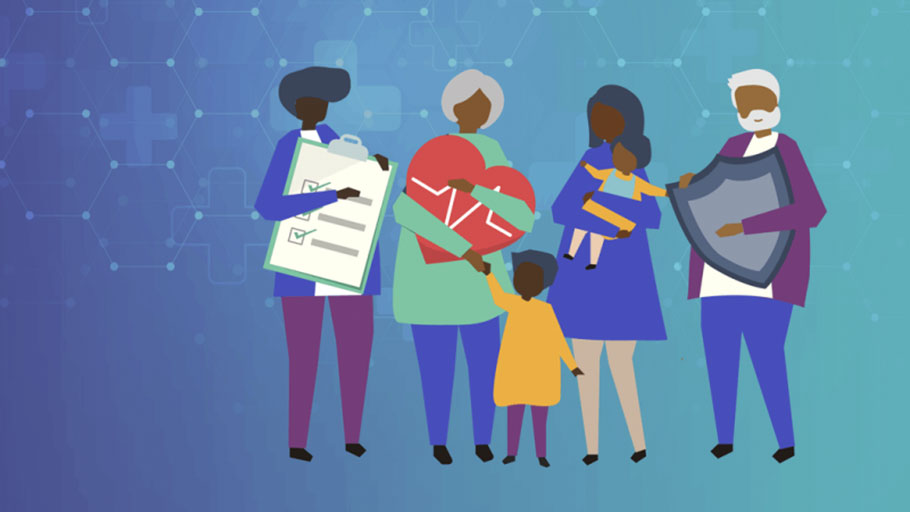 “Cash restitution would save lives,” one expert says.

The concept of government-issued reparations for the descendants of slaves has been discussed for decades, with national figures like Sen. Kamala Harris expressing some level of support. California, Illinois and Washington, D.C., have introduced bills to study how to best implement reparations for historical injustices placed on Black Americans.

“Cash restitution would save lives,” said Harvard University FXB Center for Health and Human Rights Director Dr. Mary Bassett, who recently argued for reparations as a strategy to decrease health disparities in a recent article in the New England Journal of Medicine.

“There is a strong positive correlation between socioeconomic status or income and health outcomes, including mortality,” Bassett said.

“We already know that if you feel secure, you’re more likely to exercise more, to have less stress, to gain less weight, not develop sleep apnea — you name it,” said Dr. Chyke A. Doubeni, director of the Mayo Clinic Center for Health Equity and Community Engagement Research.

And there’s mounting evidence to suggest that simply giving people cash or basic income can improve their health. Meanwhile, financial hardship, stress and housing insecurity have been linked to poor health.

According to the U.S. Department of Health and Human Services, Black infants in America are 2-3 times more likely to die compared to non-Hispanic white infants. Additionally, the Centers for Disease Control and Prevention reports that Black Americans aged 18-49 are twice as likely to die from heart disease than white Americans, and they are more likely to die at earlier ages from all causes.

Dr. Zea Malawa, Director of Expecting Justice’s The Abundant Birth Project, has studied health outcomes of supplemental income for pregnant and postpartum Black and Pacific Islander women. She does so by examining inequalities of the past.

“In San Francisco, you can superimpose the preterm birth map on the 1930s-60s redlining map, and you will see these are the areas presently producing higher rates of preterm birth,” Malawa said.

“While there are many ways to approach past damage done, as a public health expert, I am focused on financial compensation because of the strong tie between health and financial resources,” said Bassett.

Although a growing number of public health experts say narrowing the wealth gap could help ease dramatic health disparities, beliefs vary regarding implementation. Some believe cash restitution and other forms of reparation alone can’t undo the racism that influences poor health among Black Americans — and many believe in a broader definition of reparations that goes beyond cash restitution.

“A racial hierarchy that has endured for 400 years is unlikely to simply disappear,” said Bassett. “It will take more than reparations.”

Malawa agrees that “reparations are just one component,” but undoing centuries of racial bias in the medical system will also help ease racial health disparities. Doubeni, meanwhile, emphasizes the importance of increasing Black Americans’ trust in doctors and the medical system.

Antonio Moore, attorney and cofounder of American Descendants of Slavery, who testified as an expert on the AB321 California Reparations Bill, said that “reparations are a set of policies in addition to money given over a period of time to multiple generations.” The proposed bill to study reparations would apply to to African Americans, with special consideration for people who are descendants of slaves.

Who should qualify for reparations has also been a topic of discussion among experts. Moore said, “The AB321 bill is targeted to descendants of American chattel slavery recognizing the damages from U.S. chattel slavery and its vestiges — giving those in that category special consideration.”

“Why are there so few Black doctors compared to the amount of Black people in the population? Public school placement on the ‘college track’ was made in elementary school based on standardized testing.” Oguntoye said. “By middle school, you couldn’t switch tracks. At that point, if you’re not on the college track, you are obviously not getting to medical school. We should create options early.”

Oguntoye also says a transformation of the legal system would also help combat the health divide.

“Diversion court, police training, how to interact with the mentally-disturbed, and the criminalization of drug-use must be addressed,” she said. In 2019, Sen. Harris proposed mental health funding for Black Americans as a form of reparations.

Malawa explains that reparations could range from cash to community investment to increasing Black leadership.

“The first part is recognizing that a given community has been harmed and making corrective action, as was done after Japanese internment camps,” she said. “The second part is more abstract. It’s saying, ‘We know that your disproportionate poverty is not your fault or due to your own moral failure, but on the country’s part.'”

Some critics feel cash payments are indistinguishable from social services.

“One difference is, cash payments can be used for anything, instead of food stamps being for food, for instance,” said Malawa. “What if your need is that your car needs to be fixed so you can work? Cash is flexibility and dignity to meet one’s needs as one needs them to be met.”

Doubeni acknowledges there are challenges in implementing reparations.

“Giving people money without preparing them to achieve the goals that they want to achieve is not good,” she said. “For them to benefit, we need community engagement.”

Some support starting with financial compensation now, in addition to the research being proposed in California and other states.

Critics of reparations point out the cost, especially given the financial repercussions of the COVID-19 pandemic.

“You can’t put a price on historical damage,” Doubeni said of health care reparations. “I am very confident the benefit of reparations in the short and long term will outweigh the costs.”

Shocked by how close the presidential race is? Black Americans have known this bigotry all along

Shocked by how close the presidential race is? Black Americans have known this bigotry all along
We Need Your Support — Donate, Share, Sign-Up Ways to Support