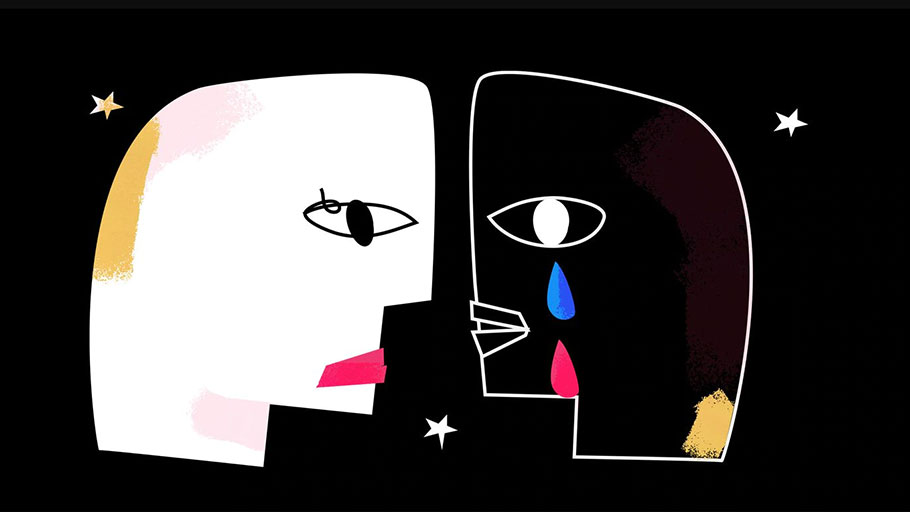 Shocked by how close the presidential race is? Black Americans have known this bigotry all along

You Are Here: Home » Blog » Editors' Choice » Shocked by how close the presidential race is? Black Americans have known this bigotry all along

By Anneliese M. Bruner, The Lily —

As a Black woman in America, I’ve been watching the neck-and-neck presidential election race like everyone else. I’ve also been reading online posts, conversations and articles happening in the spaces I inhabit — spaces where Black folks speak their minds openly about the racism that stains and permeates our society. These articulations range in tone from angry to anxious to numb, but none show surprise at how close the race is.

Only White people are shocked that — after Donald Trump’s miserable performance as president — this is even a contest. They expected better from greater numbers of White voters, because they are just now fully processing how deep American bigotry runs, and how essential structural racism has been for forging the society we experience today. But Black people have known forever that White people’s commitment to true democracy can be fickle, irrefutably evidenced by the way they vote.

White people may not want to believe it, but life in America is experienced differently by different people depending on what “racial caste” we belong to. And it is a racial caste system. Despite ideals and aspirations, America maintains the racial caste system that was intimately intertwined with the subjugation of Black people into forced labor. Mores, laws and beliefs essential to the social control that underpinned human enslavement became entrenched in the American psyche. And they have never been fully dislodged: The manifestations are still apparent today.

Crucially, White people have had to convince themselves of their innate superiority, of the goodness of their race, to justify their disenfranchisement of people of other races. In 1788, the English poet William Cowper wrote, “I admit I am sickened at the purchase of slaves … but I must be mumm, for how could we do without sugar or rum?” White people did realize that slavery was wrong, but they persisted for economic reasons. Having to confront their own inhumanity and moral compromise would have been psychologically unbearable; White people used their superior social and economic power to nullify any challenge, practical or moral, to the systems they instituted.

It’s sad, but not surprising, that this construct of white supremacist ideology still shapes the national psyche. “Figuring out” if Black people are fully human — whether our lives deserve the same consideration as White life — is, astonishingly and shamefully, still a legitimate exercise. Think about our society’s own treatment of Black people — not any Black person’s imagination — from disparities in health outcomes to killings by police. That suggests that the question has not been settled definitively.

Our entire social system relies on one group holding power over another. People abuse power or tolerate abuse to maintain a status quo that rewards them. Black people have had to understand White people — and their role in this — so that we could survive. Throughout our nation’s history, we could be killed for challenging White people and derided for questioning their goodness.

This election has put on full display White America in all its bigotry, ignorance, regression and violence. Now, the rest of the world is finally beginning to see what we Black Americans have always seen, what we continue to navigate and what we have been naming for generations, only to be told that we are imagining things, that anti-Black racism is not as pervasive and deadly as we say. That is what hurts the most — the cognitive dissonance we have to endure because the majority does not wish to see itself that way and has the power to dismiss the possibility that what we see and feel is reality.

Trump does the same thing. He uses his power to bend reality in the service of maintaining white supremacy. His first attorney general, Jeff Sessions, promoted fear of what he called “black identity extremists.” From what we have witnessed during this election, we should all be terrified of actual white identity extremists. But, infuriatingly, we don’t hear that language used about White people. The language to describe them has been toned down rather than dialed up, creating its own counterfactual reality.

No one should be surprised by the razor-thin results, given that notions of white supremacy are very much alive in this country. But with Kamala D. Harris on the presidential ticket, we’re beginning to upend all kinds of systems that have been entrenched in our country for far too long: systems of racism and patriarchy that have deprived individuals of their dreams, this country of its ideals, and the broader society of the contributions of generations of Americans.

I am proud to be a Black woman in this historic moment, when the reality of our contributions is celebrated, rewarded and acknowledged as being pivotal to rescuing this country from its worst impulses. We have a seat at the table, and our work will move this country toward a more perfect union.

Source: The Lily
Illustration by María Alconada Brooks for The Lily.