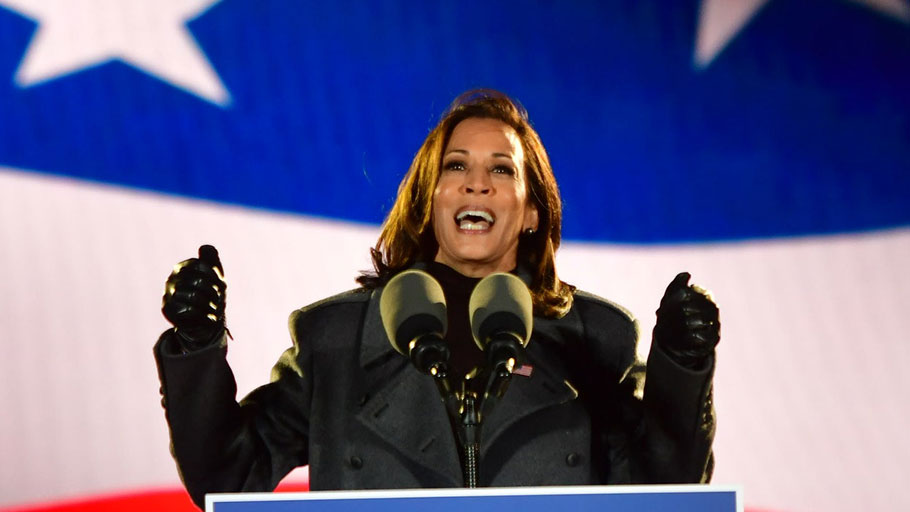 You Are Here: Home » Blog » Commentaries/Opinions » What Kamala Harris’s Historic Win Means to Me as an Indo African Caribbean Woman

Writer Nadine Drummond reflects on the beauty and hope in Kamala Harris’s win of the 2020 vice presidential election.

African: check. Indian: check. Jamaican: check. Woman: check. Senator Kamala Devi Harris, who will officially be the 46th vice president of the United States, is essentially all that I am. I’m filled with so much joy right now, I almost feel like I won the election myself.

Harris’s ascension to the second-highest office in the land comes after a victorious run as President-Elect Joe Biden’s running mate in the 2020 U.S. election. It cements her place in American history as the first Black and first South Asian vice president. She will also be the first woman to step into this role.

Harris shares my ethnic fluidity; she is my reflection. I don’t mean aesthetically—I look more like her sister, Maya. I mean culturally. Harris was born to a Jamaican economist father and an Indian cancer-researcher mother. Both my parents are Jamaican, and, like Harris, my mother is of Indian descent and my father of African descent.

Our new vice president is Dougla, like me. Dougla (pronounced “dow-gluh”) is a common term used to describe people of Indian and African ancestry from the British Caribbean. Dougla was once a racist, abusive word used to demean those with Indian and African ancestry. Its origins trace back to a dialect of Hindi that traveled with more than half a million Indians from British Colonial India taken to the Caribbean between 1838 to 1917 to quell a labor shortage at the end of chattel slavery. People generally no longer consider it a slur; many of us have reclaimed the word with pride.

Unlike many of my Indian Caribbean and Dougla cousins who call Florida and New York home, I was born in the U.K. I emigrated to the U.S. as an adult and was a green card holder for 14 years. Despite marrying an American, I gave up my green card because of the stress of soon-to-be former president Trump’s hostile immigration policy. I felt a great deal of sadness and loss, like I was breaking up with a boyfriend I was still in love with who didn’t give a damn.

Harris’s triumph makes our return to the U.S. more probable. I believe her intersectional identity as a Black, biracial woman from an immigrant family allows her empathy around issues that are important to me. Civility is a major one. We don’t all have to agree, but I do believe we can treat each other with dignity and respect.

Harris has been especially vocal about a commitment to equity and justice during her campaigns for both president and vice president. She has also received a lot of criticism about her record as San Francisco’s district attorney and California’s attorney general, and particularly about how her actions harmed Black and brown people. I acknowledge that this is complicated—Harris faced a specific and complex type of pressure to show she was tough on crime as a woman of color, and she’s said that she regrets some of her actions as a prosecutor.

I’m hopeful that Harris’s recent championing of a more progressive vision of equity and justice in this country will not only come to pass but will especially extend to those killed by the police, like 26-year-old medical worker Breonna Taylor.

It’s not just that I hope a Biden-Harris win says something bright about the future of policy in the United States. I’m also thrilled that Harris’s success is challenging damaging stereotypes about Black women and immigrants. Even her nomination deepened the cultural pride of Jamaicans and those from the diaspora in the U.K. and Canada. People in Thulasendrapuram, the village in India where Harris’s maternal grandfather was born, have wished her well on her road to this historic moment.

While I watched the Biden-Harris win come down to Pennsylvania, I was on tenterhooks. I’m still preparing myself emotionally for the fight from the outgoing administration, and I am disheartened that the sitting president is trying to destabilize our democracy by filing lawsuits to block some votes from being counted. It’s also devastating to process that more people apparently voted for Trump in this election than in 2016. Still, in the face of it all, I remain inspired and proud.

Kamala Harris occupies so many identities. It’s no wonder her win is reverberating globally. As for me, Harris’s hard-earned place as the first Black, South Asian, and female vice president is a beacon of hope that, I believe, may mark the beginning of actually making America great.