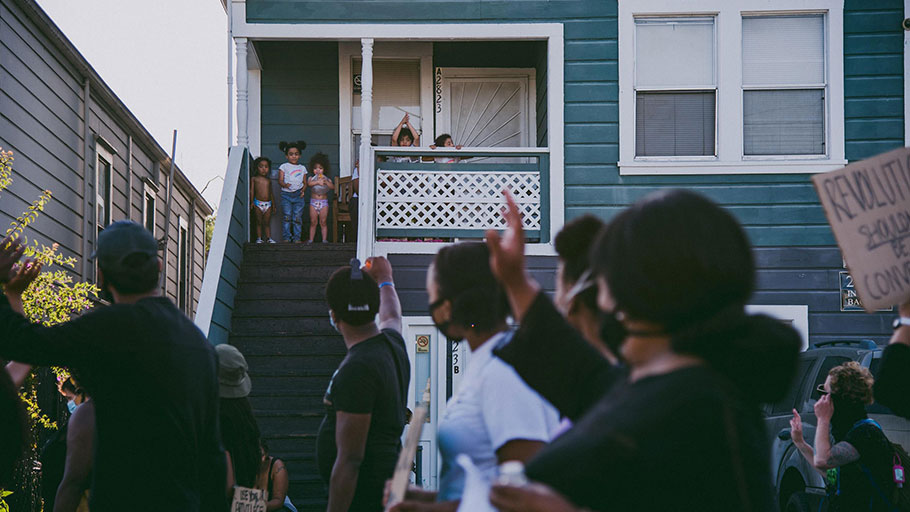 After George Floyd and Juneteenth

You Are Here: Home » Blog » Commentaries/Opinions » After George Floyd and Juneteenth

What’s ahead for the movement, the election, and the protesters?

By David Remnick, The New Yorker —

Tennille Newbold is a twenty-six-year-old medical assistant at a community health center in Manhattan. In the midst of a Juneteenth celebration in Central Park—a kind of barbecue-picnic political rally, on the grounds of what was once Seneca Village, where freed black people and Irish immigrants lived—she stepped to a microphone and announced that one of the three Louisville police officers who shot and killed Breonna Taylor in her home, in March, would be dismissed from the force.

Newbold said that she makes $16.35 an hour. She has lived her life in East Harlem. Her father works as a civilian cook at Rikers Island. She’s taking many hours of classes to get ahead and hoping that she’ll soon become a practical nurse.

Nothing in her life, Newbold said, has raised her expectations, her sense of hope, like these past few weeks, an exhausting and exhilarating blur of demonstrations and marches. “I got arrested in my scrubs trying to protect a black man from the cops at a demonstration on the West Side Highway,” she said. “I got taken in. Eleven hours, no phone call. And I went to work the next morning. It’s been a lot of torment and trauma. But, finally, you see a lot of people paying attention. Maybe because there’s less distraction. Before, there was always the playoffs, the Super Bowl, some election campaign, some celebrity doing something on TV—always something to distract everyone. It took a pandemic to get people to finally focus on this one fact: black lives matter.”

History, and its litany of lost chances, the pile of vanishing declarations, the volumes of vaporous government studies, can be so disheartening to consider that it’s hard for anyone to confess suddenly to a brightening outlook. What followed eight years of a black President, after all? Ta-Nehisi Coates, a writer who has always been mindful of staying within the lines of realism, told me that he’s emerged from all that’s taken place in recent weeks in a distinctly optimistic mood.

“I’m feeling pretty good,” he said. “I’m not sure that people realize just how quickly the needle has moved. Even people in the middle ground are now talking about systemic racism. Look at the rapidity with which so many people are finally seeing things for what they are. It’s hard to argue that there isn’t actual progress.”

For Coates, a pivotal moment of the past few weeks came when officials initially failed to act against the officer who kneeled on George Floyd’s neck. That was followed by the uprising on the streets of Minneapolis and in many cities beyond––and then a string of indictments. And, in its majority, the American public reacted not against the scattered instances of looting but against the original injustice, the sickening refusal of a white police officer to recognize the humanity of a black man whose alleged offense was to pass off a counterfeit twenty-dollar bill.

But why this time? “I always thought that people underrated the power of Obama’s symbolism,” Coates said. “By having a black President, you make a statement about black humanity. Which is why a lot of people may have responded differently to George Floyd than they responded to, say, the death [in 1955] of Emmett Till. In the era of the civil-rights movement, there was also this spectacle of brutality against black people. But this is a different time. Many more people can see themselves in George Floyd. People have a living memory of a black President. So, yes, we need real policy change, but I’ve long believed that if you can’t see the humanity in your midst, or under your knee, then it doesn’t matter. Now you have more and more people who actually see black people as human.” 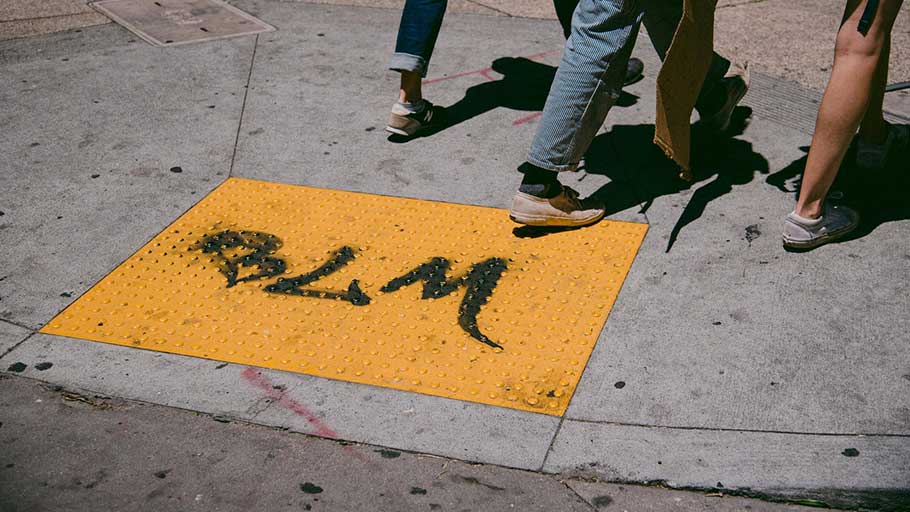 Oakland, California. Photograph by Marissa Leshnov for The New Yorker

Opal Tometi, a community activist and one of the founders of Black Lives Matter, agreed with Coates that there has been movement in public consciousness, even if it has come at a terrible price. “Yes, there is a shift,” she said, by text, as she marched on Juneteenth. “It’s unfortunate that the filming and photographing and hash-tagging of broken Black bodies had to be the catalyst for this shift, but there is one. Now the question is, how do we mobilize, move forward, support Black agency, and activate our allies?”

Tometi, and Alicia Garza and Patrisse Cullors, her Black Lives Matter co-founders, have always refused to take on the mantle of centralized, charismatic leadership, insisting that the civil-rights movement of the sixties paid in blood for that model. She said that a community model—“all in the trenches, side by side”—has been essential in the movement’s growth.

“I’m hopeful and optimistic that everyone will keep the same energy that they have now, two weeks from now, two years from now, two hundred years from now, and more,” Tometi said. “It’s hard not to let thoughts creep in, like, ‘Is this just performative?’ ‘Is change actually happening?’ But I know, at minimum, that the rhetoric has changed, and there’s more self-awareness from people outside the black community around what is actually happening. And there is a clear resolve for change. The goal is for that rhetoric and awareness to turn into action and real change.” 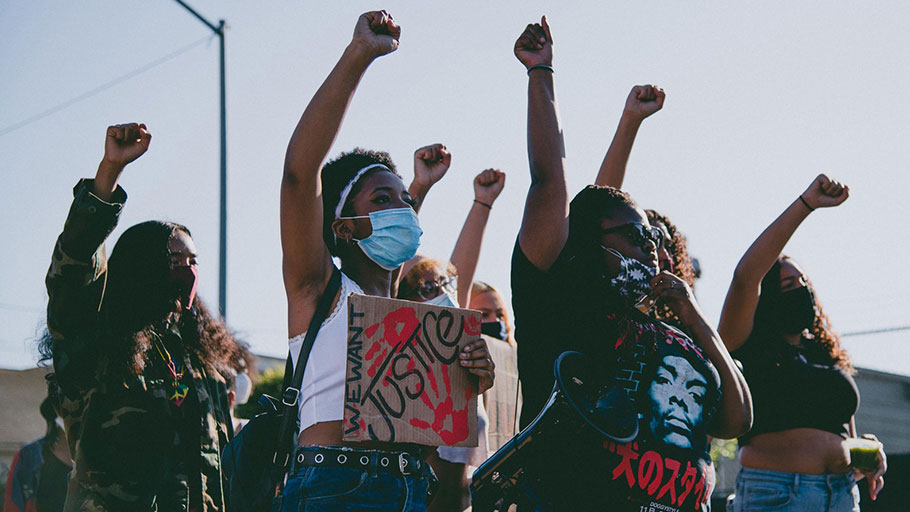 Oakland, California. Photograph by Marissa Leshnov for The New Yorker

The writer and scholar Imani Perry told me that the moment has not only been a breakthrough in the way people think about policing—and the opinion ranges from reformist to abolitionist—but also in the way they see many realms of day-to-day life. “Take the health of the nation,” Perry said. “Over the years, we’ve developed concrete knowledge, data about the disparities in health care, the disparities in medical outcomes. We’ve known for a long time about the biases, the unequal treatment. Then along comes covid-19, and then the demonstrations, and everything is made plain to so many people.”

At the Seneca Village Juneteenth celebration, nearly all the signs were in a consistent key: “Black Lives Matter,” “Black History Is Now.” But, at one point, a small group marched by with signs that referred, in the harshest terms possible, to the current President and the need to remove the “fascist” come November.

When I raised the 2020 election with Coates, he said, “Voting is essential—and insufficient. I hear a lot of people denigrate the protests in the streets by saying, ‘Yeah, but will they show up to vote?’ I would say, ‘I’m glad you’re voting, but will you show up to protest?’ Without protest, those indictments in Minneapolis and Atlanta might not have come as quickly as they did. Or look at Joe Biden. He’s moved from crime-bill-era Joe Biden to where he is now largely as the result of protest, of people holding his feet to the fire. Voting is civic hygiene. You have to take out the trash. You can’t not do that. But that’s just the beginning, it’s what’s expected of the household.”

The political professionals in the Democratic and anti-Trump Republican camps agree that the combination of the global pandemic and the racial upheaval have been a horror for the incumbent. Although Biden has barely campaigned, he keeps widening his lead in the polls.

“These have been disastrous weeks for Trump,” David Axelrod, who helped run Barack Obama’s Presidential campaigns, said. “The cost of his divisiveness has become apparent for people who just want domestic tranquility. The combination of the incompetence they sensed in Trump around the coronavirus combined with the divisiveness that they’ve seen on this issue has really crystallized concerns about him.”

As recently as early March, Trump was planning to run a campaign based on a soaring stock market, low unemployment, and a deft escape from his impeachment drama. As the pandemic obliterated the economy and exposed further the chaos and incompetence in his Administration, Trump, panicked, shifted to a strategy of trashing China and Biden. What Biden has to fear, Axelrod said, is that Trump “is absolutely untethered to any norms and is willing to do anything to win. You’re in a race that resembles asymmetric warfare.”

This is not far from the view of Stuart Stevens, the Republican political consultant who guided Mitt Romney’s Presidential campaign, in 2012. The one thing that Trump knows well is the politics of division. “Trump is George Wallace,” Stevens said, “though Wallace was smarter, and he had more respect for government.” But the country has changed. “The base is still loud, but it’s shrinking,” Stevens added. “Trump is relaunching his campaign in Oklahoma, a state that Republicans haven’t lost since 1964. It’s like launching a Democratic campaign in Cambridge! Really? You have to go to Tulsa to get a good crowd?”

The Juneteenth event at Seneca Village, in Central Park, like so many events in the city and around the country, was a celebration. Here and there, you saw a sign or a T-shirt with the line “I Can’t Breathe”—the words uttered by Eric Garner and George Floyd as their lives were extinguished. And yet, later in the day, when we caught up by phone, Tennille Newbold reflected that another phrase was on her mind. “I can breathe,” she said. “It’s my privilege to take another breath so that I can raise my voice.”

This article was originally published by The New Yorker.