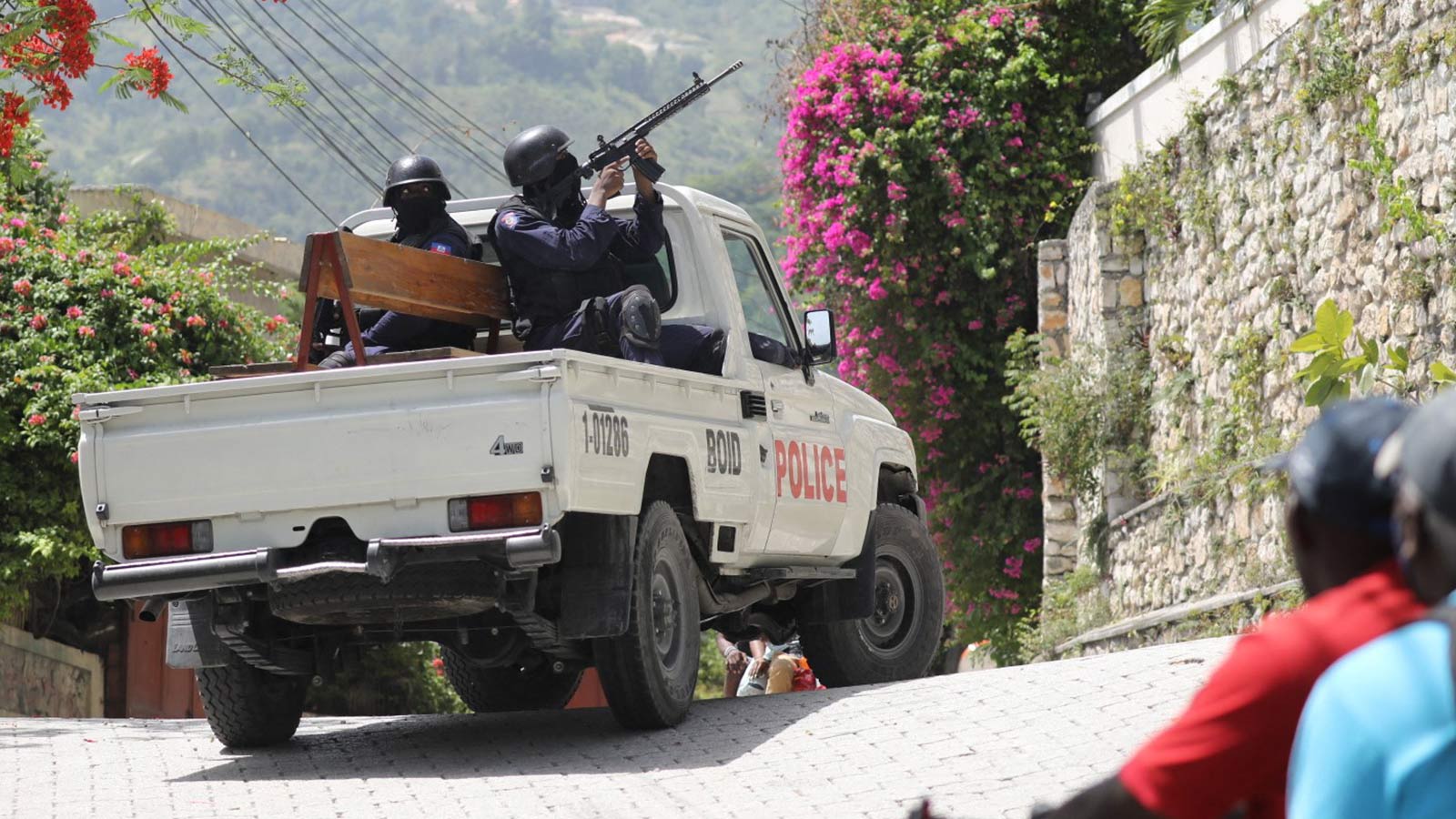 You Are Here: Home » Blog » Commentaries/Opinions » Assassinations and invasions – how the US and France shaped Haiti’s long history of political turmoil

The powerful earthquake that struck Haiti on Aug. 14, 2021, followed a long series of natural and human-caused disasters to rock the country. Unfortunately, if history offers any clues, earthquake relief efforts will be complicated by the nation’s recent political unrest.

President Jovenel Moïse was assassinated less than six weeks earlier, on July 7. Many Haitians felt hatred for the controversial president who, while running for office, was bribed by the oligarchy that has run Haiti’s economy since the 19th century.

Moïse campaigned on a promise to feed the starving population. But he failed to ensure a fairer distribution of wealth. He soon became an unpopular president who increasingly ruled as an autocrat.

As a sociology professor who has written extensively on Haitian politics, I predicted Moïse’s assassination.

That’s because Moïse remained defiant in the face of mass protests in 2019, refusing to heed calls for his resignation amid fuel shortages and spiraling inflation.

There was also a palpable split between Moïse and powerful business magnates as the country’s economic crisis worsened.

Moïse is the latest of five Haitian presidents to be killed in office since the country’s founding in 1804.

Power struggles and strong economic interests, both local and with other nations – mainly the United States – have motivated those assassinations. Throughout Haitian history, the U.S. has been actively engaged in undermining the legitimacy of Haitian leaders who refused to bow to American imperialism.

One of his first executive orders was intended to prevent the abuse of land ownership. It called for a fair distribution of land among racial groups in a country that had won independence because of strategic alliances among Blacks, biracial people and a few white soldiers.

Dessalines is often portrayed by mainstream media as a cannibal and assassin. That’s because he was abhorred by white Europeans and Americans – leaders of the global economic system who were intimidated by the Haitian Revolution.

Additionally, the elites in Dessalines’ circle disapproved of the power he had concentrated, and they assassinated him on Oct. 17, 1806. 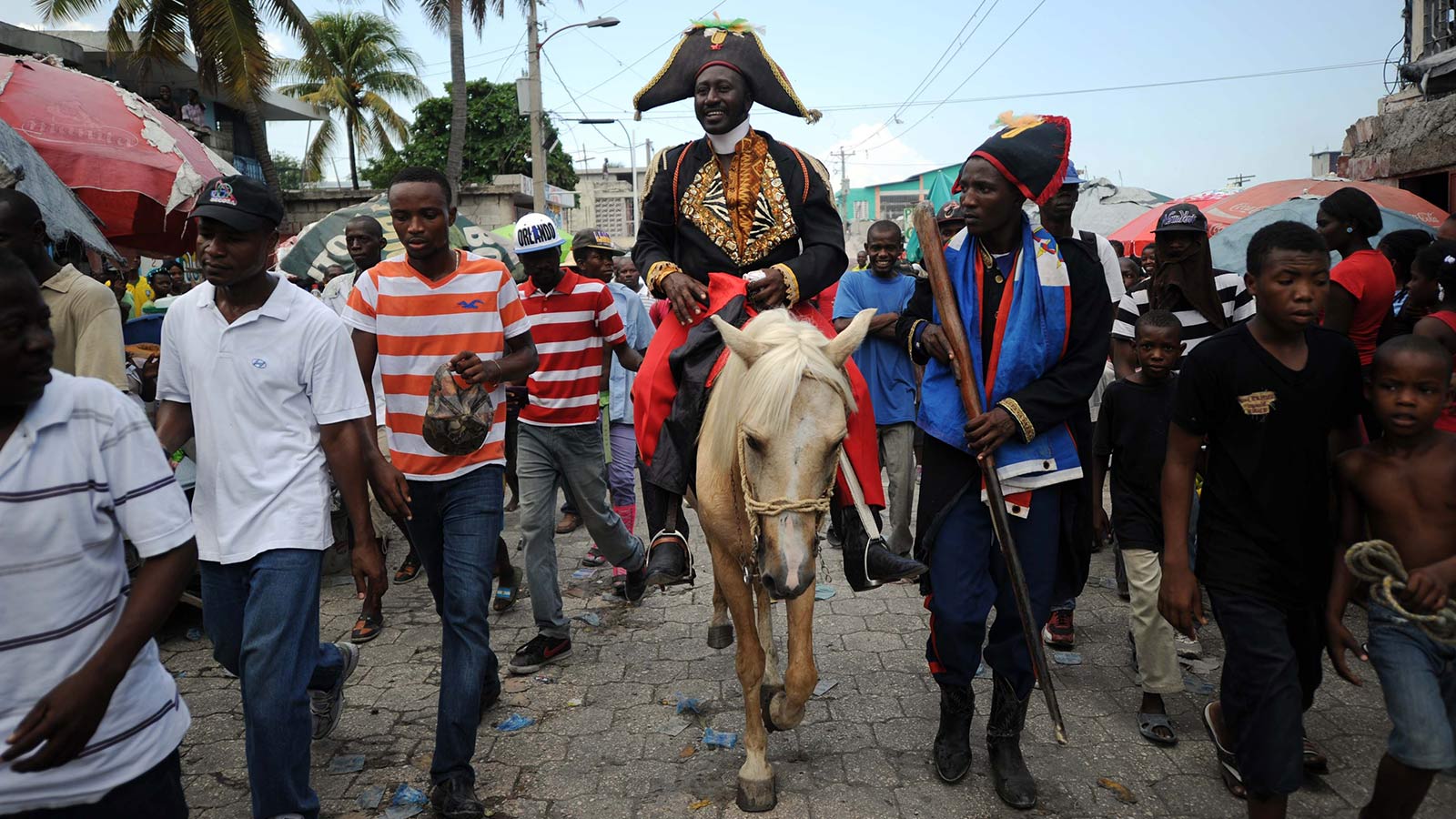 A man dressed as the hero of Haiti’s independence, Jean-Jacques Dessalines, marches during an anti-government protest in 2014. (Hector Retamal, AFP via Getty Images)

The Monroe Doctrine and political assassinations

The 30 billion euros in today’s currency that Haitian President Jean-Pierre Boyer agreed to pay France in 1825 as compensation for property losses during the war has destabilized the country.

It has also allowed foreign powers to undermine Haiti’s sovereignty.

In 1823, the U.S. passed the Monroe Doctrine, which says “that the American continents … are henceforth not to be considered as subjects for future colonization by any European powers.” The declaration, meant to keep Europe out of the continent, has justified U.S. interventions in the region.

Between 1889 and 1891, the U.S. unsuccessfully negotiated with Haiti to acquire the Môle St. Nicholas port, which would have given it a military foothold in the Caribbean.

More than 20 years later, the murder of President Vilbrun Guillaume Sam offered the U.S. the perfect rationale to invade Haiti.

Racial discrimination and segregation were the norm in the U.S. South at the time, and most U.S. Marines sent to Haiti were Southerners, accustomed to Jim Crow.

This Southern influence among U.S. Marines played a big role in Haitian history. During the occupation, the U.S. picked only light-skinned Haitians to serve as presidents. And after 19 years in the country, the U.S. left behind a racially divided society that remains intact today.

The U.S. also trained the Haitian military ideologically to defend U.S. interests. These forces eventually engineered many coups against Haitian leaders who were popular with locals but rejected by the U.S.

Between 1946 and 1950, under the presidency of Dumarsais Estimé, Haiti enjoyed political and social stability. However, on May 10, 1950, Paul-Eugène Magloire, trained during the U.S. occupation, overthrew Estimé and changed Haiti’s political trajectory.

Magloire established a corrupt political regime. Then the army provided support for U.S.-backed François “Papa Doc” Duvalier, from his presidential election in 1957 to the establishment in 1959 of his dictatorship.

In 1959, Duvalier created the Tontons Macoutes, a paramilitary group trained by U.S. Marines that killed more than 60,000 Haitians. The Duvalier regime, led by Papa Doc’s son Jean-Claude after his death in 1971, lasted until 1986.

Between 1991 and 2004, President Jean-Bertrand Aristide – who won over Haitians with his anti-imperialism – was overthrown twice by the Haitian military.

On Sept. 29, 1991, the army, with CIA help, removed Aristide from power for his nationalistic views, and for his attempts to hold accountable powerful business leaders with strong ties to Washington.

On Oct. 15, 1994, amid huge protests, the Bill Clinton administration restored Aristide to power, after Washington coerced him to sign l’Accord de Paris, an agreement to reinforce the implementation of market-oriented reform policies in Haiti that reduced local influence over the economy.

Aristide was forced to privatize social services and public institutions, and he had to facilitate the entry of foreign agricultural goods into the Haitian market. These moves undermined the economy and compromised Haiti’s social development.

In 2000, Aristide again won the presidency. But a February 2004 coup, engineered by Washington and Paris, overthrew him once more.

Under foreign influence, Haitian politicians have been unable to develop a stable society for their fellow citizens. Because of their lack of vision and their erroneous conception of political power, they have given powerful transnational forces the opportunity to shape Haiti’s political leadership.

Both Democratic and Republican U.S. politicians have imposed on Haitian society a political leadership supportive of U.S. interests but noxious for any nation-building project on the Caribbean island.

Source: The Conversation
Featured Image: Police patrol outside the Embassy of Taiwan in Port-au-Prince on July 9, 2021, after 11 suspected assassins of Haitian President Jovenel Moïse broke into its embassy in an attempt to flee. (Valerie Baeriswyl, AFP via Getty Images)