Why coalition, not allyship, is the necessary next step in the racial justice movement

You Are Here: Home » Blog » Commentaries/Opinions » Why coalition, not allyship, is the necessary next step in the racial justice movement 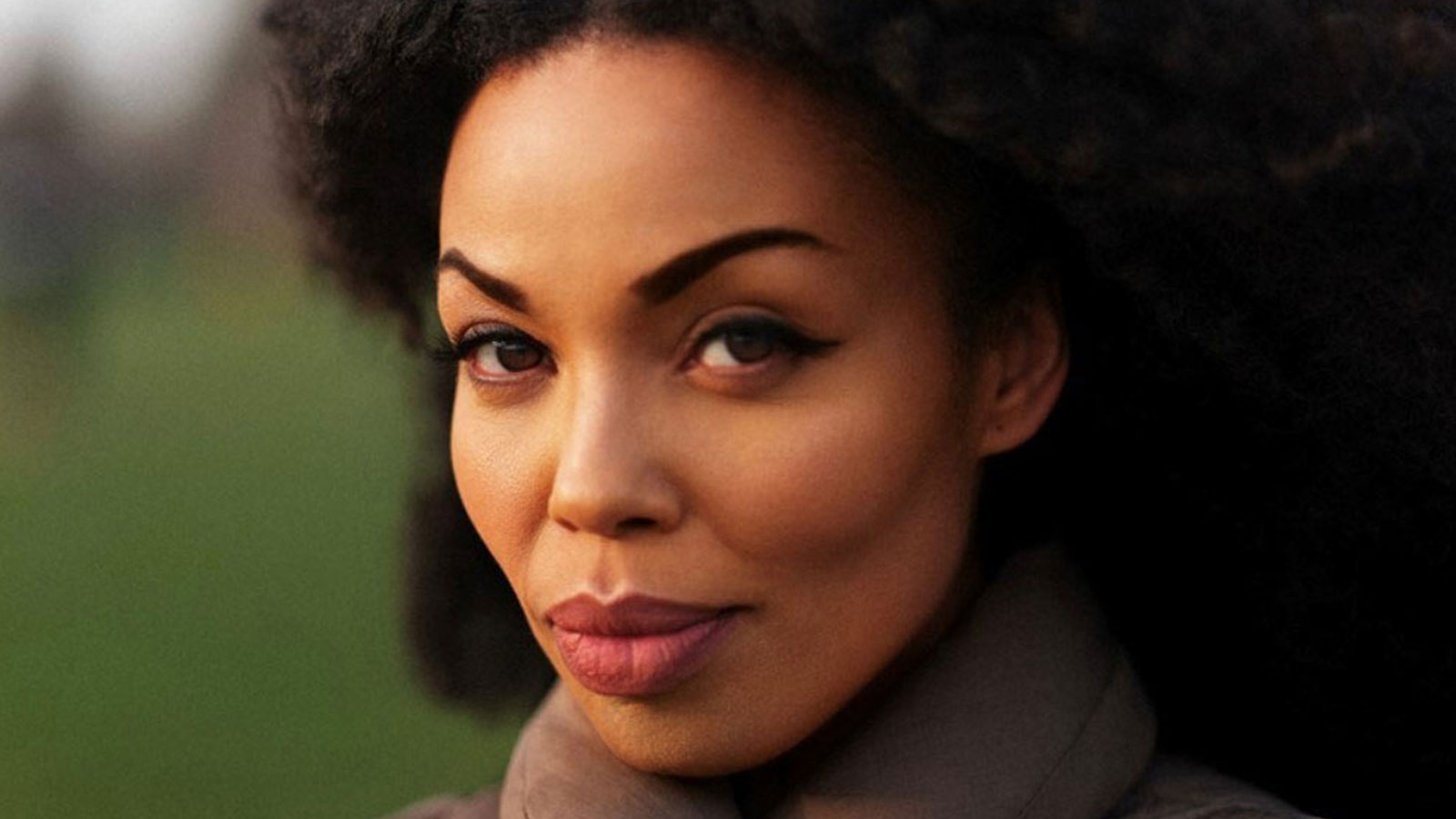 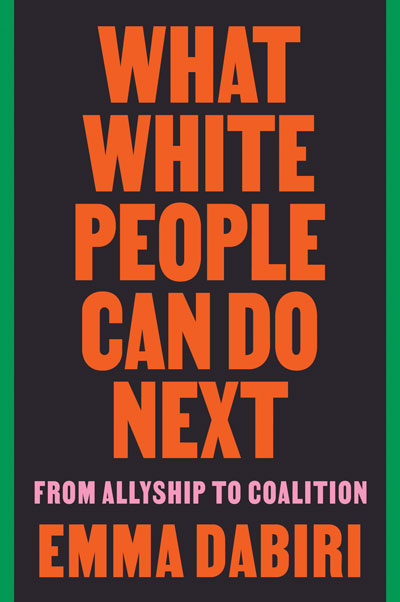 As Irish-Nigerian academic and broadcaster Emma Dabiri prepares for the U.S. release of her latest book, she reflects on the thinkers who have inspired her own work. “I feel deeply indebted to specifically Black American intellectuals and writers,” she says, “I see them as ancestors who, in many periods of my life, showed me a way when I felt like there really wasn’t necessarily one.”

What White People Can Do Next: From Allyship to Coalition is Dabiri’s manifesto for radical change in a world impacted by the pandemic and the surge of attention on the Black Lives Matter movement last summer. With essays titled ‘Stop the Denial,’ ‘Interrogate Capitalism,’ and ‘Denounce the White Saviour,’ Dabiri marries historical context with contemporary commentary and analysis in a direct, accessible style, referencing thinkers including Fred Moten, Angela Davis, Audre Lorde and bell hooks.

The new book follows Dabiri’s debut, Don’t Touch My Hair, which was published in 2019 and inspired schools in the U.K. to change policies discriminating against Black students for their hairstyles. Dabiri, who is a teaching fellow in the African Department at London’s School of Oriental and African Studies, spent her early years in Atlanta before moving to Ireland at the age of five. She hopes her latest work can help impact more change and reframing around conversations of racial justice, anti-racism and allyship. “Growing up in Ireland, Africa was often seen through the lens of the Catholic missions and this idea of charity, with black people framed as needy victims who need the benevolence of charitable white people,” she says. “A lot of the language and attitudes existing within allyship were, in many ways, reproducing those kinds of dynamics for me.” Dabiri spoke with TIME about why class and capitalist analysis is needed in conversations around racial justice, and why a more equitable future must be built on coalitions.

TIME: What White People Can Do Next was borne out of an online resource you created in the summer of 2020. Why do you think there was such a surge in demand for resources on racial justice?

Emma Dabiri: It was unequivocally because of the murder of George Floyd and the huge global response we saw to that footage. There was a profusion of people in despair, wanting to do something and not knowing what to do, and really looking to social media, especially because we were in the midst of the pandemic with social media having even more influence on our lives than it had previously.

On that note, your writing on the difference between information and knowledge reminded me of the proliferation of Instagram infographics about anti-racism last summer. Do you think that type of information production and consumption can result in something meaningful?

I think it can result in something meaningful if the person reading it is inspired then to read further, and to go to the source of where some of these ideas are coming from. I’ve seen quotes used to make a certain point, but if you read the context in which that quote was written, you would see that you couldn’t be using it in that way. This truncated form of information, as opposed to knowledge, that we get presented with online is often really reductive, binary and dogmatic. It becomes distorted, and is untethered from the reflexive and generative environment in which it was created, and can be used to serve quite different purposes. The difference between being told what to think, and having a better ability in thinking critically is key.

Did you write What White People Can Do Next with a specific audience in mind?

Obviously, the book is directed at white people, but I unpack that a few pages in and talk about my reservations actually in addressing a global group of white people. The book could have been called What Everybody Can Do Next, but not only does that not have the same impact, it doesn’t explicitly set out the fact that the book will be looking at race and racialization. Naming white people highlights that the book is going to be about race, but not necessarily in the way that people think it is. My hope was that not only white people would read it, my hope was that Black people, other other ethnic groups would also read it and that they wouldn’t be put off by the name.

What are your reservations about framing movements, actions and literature as ‘anti-racist’?

The term anti-racist has obviously gone mainstream in the last year. It’s a term I had come across within my research on the construction of racial categories, but not in wider conversation. Anti-racism is a particular framework that, for me, can still sit quite comfortably within exploitative systems. There can be liberal antiracism that on a representational level looks diverse, but doesn’t go far enough in actually looking at the sources and systems of different forms of exploitation that affects people of certain races and certain socio-economic backgrounds.

What is lost when class and capitalist analysis is overlooked in mainstream conversations about racial justice?

When you look at groups like the Black Panthers and the Combahee River Collective, they aimed for collective liberation rather than individual or personal advancement, which is so dominant today. These groups of socialists or Marxists are about collective liberation. They are anti-imperialists, and they can see parallels and opportunities for solidarity with other colonised people, with other oppressed and exploited people across the boundaries of race and nation. Whereas, today, the objectives seem a lot more individualistic. Since 1979, the dominant form of capitalism has been neoliberalism—a fiercely competitive, fiercely individualistic system of being, and that even animates the forms of activism that we have. At the expense of thinking about class, and capitalism, we have instead this emphasis on interpersonal privilege.

You call today’s anti-racists “abolitionists of the twenty-first century.” Why?

Some years ago, I was researching the transatlantic slave trade and abolitionist movement and was looking at the attitudes that were prevalent amongst many abolitionists. They were still racist, in that they saw Black people as inferior. The key difference between them and slaveholders was they didn’t think Black people should be enslaved—they thought they should be protected. There’s a very paternalistic attitude there, and there’s a strong trajectory from that to white saviourism that I think runs through into allyship.

Allyship offers charity whereas coalition is more about solidarity. I draw that link between environmental justice and racial justice because they are two powerful movements, and very necessary and urgent forms of activism today. When you go back to the roots of it all, you see that the same system that is putting our environment under threat is the same system that gave us the racialized hierarchy, the idea of a white race, a Black race and everything in between. Even though there may be different demands or immediate concerns, those two forms of oppression have their roots within the same system, and we both need to change the same thing. Coalition is about identifying those points of shared interest. And it’s not to say that you subsume the fight for racial justice within the environmental one, but often the reason that the struggle is happening in the first place can find its origin at the same source. So it’s about identifying that and building coalitions around that. Race was invented to shut down solidarity and coalition building. Solidarity is subversive.

Tell me more about your discomfort around the categories of ‘white,’ ‘black’ and ‘mixed-race,’ and the intentionality of making those labels uncomfortable for readers, too.

We’ve seen the world through the lens of race for close to 500 years now. The material realities of racism are real, but race is still a social construct. The idea of a white race was invented to create a narrative, and to enshrine into law the rights, the superiority, and the access to opportunity and resources for people racialized as white, and to subjugate Black people. So I think when we are being anti-racist, it’s really key that we don’t reinforce the truth status of a system that was invented to create racism. But yet, this seems to be absent in the anti-racist conversation. There are other ways of understanding differences. It doesn’t have to be race as we have inherited it from long dead elite slaveholders.

We are now a year on from the height of the Black Lives Matter protests last summer—do you think that desire to want to understand and to do something is still there? What do you think has changed?

It’s not there in the same way as it was online. However, just because people aren’t performatively posting about stuff online, it doesn’t really mean that much. Diversity and inclusion isn’t a panacea to solve racism and we can’t see it as the end goal, but it’s still necessary to have more diversity of ideas, and thinking and perspective in our companies and institutions, and I have seen a huge reinvestment and commitment to that. It remains to be seen what the impact of that will be. One hopes that this will have created some difference.

But on the other hand, you still have the policing and even though we saw the sentencing of Derek Chauvin appropriately, the fact that that is so uncommon, and the fact that these types of deaths continue to happen, even in the wake of all this shows that there really does need to be some kind of radical overhaul that goes much further than just diversity and inclusion. I wrote the book with the intention of trying to bring about the type of change that is so necessarily needed.

This interview has been edited and condensed