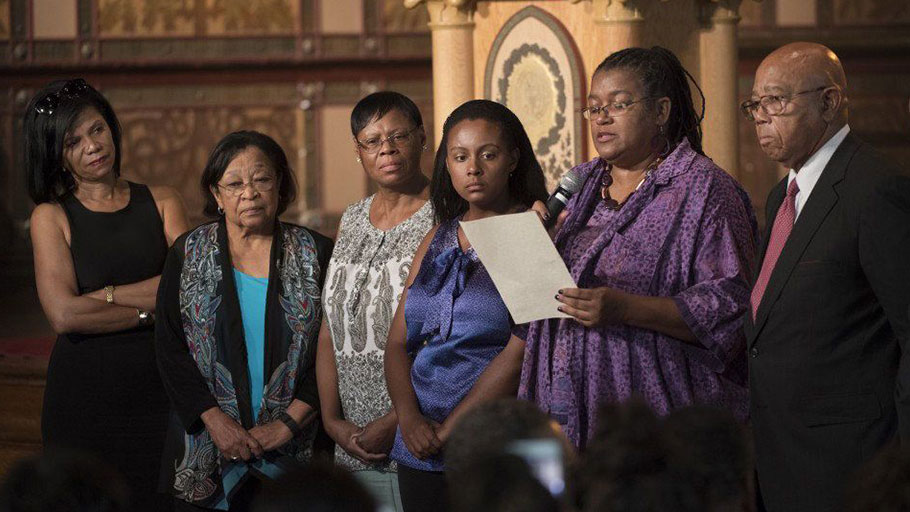 By Jarvis DeBerry, The Times-Picayune —

Imagine discovering that one of the world’s oldest and best candy companies was able to survive to become one of the world’s oldest and best because generations ago it sold as chattel almost 300 human beings, including your ancestors.  You may find yourself impressed by the current management’s willingness to apologize for the sins of their predecessors, but what would you make of their idea to let you skip ahead of other people who routinely line up at their store so that you can more easily buy their candy at full price?

A college education is not candy. It’s more beneficial, and it doesn’t cause cavities. So you might argue that comparing Georgetown University to a candy company is an inexact analogy. It is inexact.  But I think there are enough similarities to illustrate why those descended from the 272 human beings sold into Louisiana by Georgetown’s Jesuit leaders may be dissatisfied at an offer of preferential admission that doesn’t even come with money.

In April 2017, Georgetown renamed buildings that had honored university leaders responsible for selling those enslaved Africans to Louisiana plantations.  One building was renamed for Isaac Hawkins, first on the list of the 272 human beings sold in 1838. The Rev. Tim Kesicki, S.J., president of the Jesuit Conference of Canada and the United States, said, “We pray with you today because we have greatly sinned and because we are profoundly sorry.” And, as mentioned above, Georgetown promised to give the descendants the same consideration they give legacy applicants.

Acccording to a Jan. 19 Washington Post report, the GU272 Isaac Hawkins Legacy group wants restitution.  An attorney representing that group of descendants said her clients “do not believe Georgetown has fully atoned for the wealth it unjustly accumulated off the back of unpaid slave labor.” She wouldn’t say how much her group had requested.

However, New Orleanian Karran Harper Royal, the executive director of the GU272 Descendants Association, said Thursday that the group of descendants she represents would like a billion dollars to start a foundation to promote racial healing. “We’re not asking for anything individual for ourselves,” she said.

Harper Royal couldn’t say how her group’s billion-dollar request compares to Georgetown’s endowment. (After we talked I learned that the university’s endowment was valued at $1.484 billion in 2016.) But she did say, “I would like us to think beyond Georgetown and think Jesuits and the Catholic Church. So it’s not even about what Georgetown’s endowment is. They were just a mere beneficiary of that sale. It’s not Georgetown. It’s really the Jesuits.”

Indeed.  According to a 2016 report released by Georgetown, when the income from the Jesuits’ Maryland plantations dipped and the university was drowning in debt, “Jesuit authorities in Rome … capitulated to (American Jesuits) who argued for sale.” The report also says that 1838 transaction “was not the only, the first, or the last sale of slaves to provide operating revenue for the school, but it was the largest.”

Harper Royal said there are three distinct descendants organizations.  The one she leads is more in favor of a foundation than individual pay-out because, she said, “There will always be descendants coming into the knowledge that they’re descendants.”

She said the members of the GU272 Descendants Association are lobbying for their descendants’ interests in ways their ancestors could not lobby for theirs.  They’re looking for a way to support descendants “in perpetuity, so that this lives on beyond us. I think we would not be honoring the ancestors if we did not seek justice for future generations.”

What is justice in this case?  It’s got to be more than an offer of preferential admission.  Even if Georgetown were to offer those who qualified a free tuition and free room and board, that still wouldn’t count as justice to the descendant, say, who wants to be a mechanic.

Because the Jesuits and Georgetown made money by selling human beings, the closest they could come to justice is giving those descendants an amount equivalent to the money they made then and the money it helped them make. Because not everybody who was harmed by a candy company is going to want to take as payment a higher position in the candy line. Especially when they’re still expected to find a way to pay the $70,000 per year bill.

“I don’t want to sound ungrateful,” Harper Royal said. “They have done more than many universities have done. But this is beyond Georgetown. It’s just so beyond them. We have to repair the harm.”

And by harm, she said, she didn’t just mean the harm caused by the Jesuits but by slave traders in general.

“I believe the foundation is a great way forward. It really takes into consideration more than just today.  If some people need some money today, I guess you could do that, too. If they decide they want to give us some cash, too, I wouldn’t turn that down.”

Jarvis DeBerry is deputy opinions editor for NOLA.COM | The Times-Picayune. He can be reached at jdeberry@nola.com or at twitter.com/jarvisdeberry.