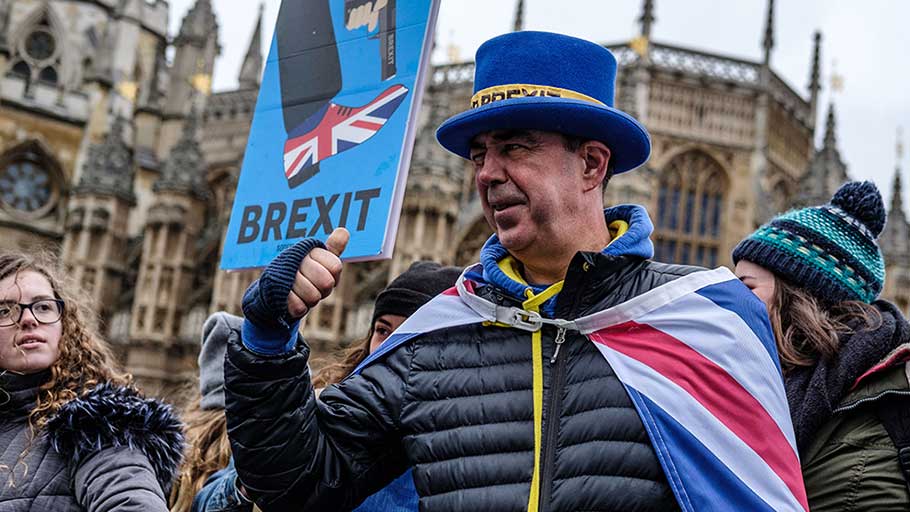 From Brexit to El Paso: The Geopolitics of White Hate

You Are Here: Home » Blog » Commentaries/Opinions » From Brexit to El Paso: The Geopolitics of White Hate

By Sikivu Hutchinson, The Humanist —

On the bustling streets of Kensington in London last week, one of the Black women I asked to comment on the recent election of Boris Johnson (who has been branded as Donald Trump’s British mini-me) vehemently declined. “I wouldn’t be able to without cussing,” she said, her response encapsulating the rage and distress Johnson’s election has elicited for progressive people of color.

The backlash to Johnson’s ascent after the resignation of Tory Prime Minister Theresa May is reminiscent of Trumpian political turbulence. Johnson’s hard-line call for a “no deal” Brexit, or withdrawal from the European Union (EU), would further undermine social and economic justice in working class communities of color that are already suffering from massive unemployment rates, a grossly unaffordable housing market, educational disparities, and a criminalizing police presence.

Like Trump, Johnson sees himself as a redemptive figure for a first-world empire under siege. He has rightfully been branded a racist for famously ridiculing Black folks as “piccaninnies” with “watermelon smiles” and likening Muslim women who wear burkas to letterboxes. Just as Trump has whipped up white supremacist, nativist, and nationalist sentiment in the US, so too has Johnson aroused Britain’s isolationist, hard-right conservatives who see “their” country being overrun by brown and black immigrants milking a welfare state steeped in a threatening multiculturalism. According to the Counter Extremism Project, “These far-right political parties have been able to unite ethno-nationalism with populism by propagating the notion that ethno-nationalism serves the average hardworking individual and the broader national identity.” In this narrative, the EU is the scourge of white nationalist independence and self-determination, sucking the economies of Britain, Italy, and Germany dry.

The young white male shooter who murdered twenty-two people and injured dozens more at an El Paso, Texas, Walmart on August 3 also vilified “race mixing,” Latinx immigrants, and white America’s inability to defend itself from the dark hordes. Indeed, the upsurge in American white nationalism is part of a larger global trend that has also gripped Europe and Canada. As Britain’s Guardian newspaper notes,

The targets of deadly attacks have included Muslim worshippers at mosques in Canada, Britain and New Zealand; black Americans…at a historic black church in South Carolina; Jewish Americans in synagogues across the United States; and leftwing politicians and activists in the US, UK, Greece and Norway.

In June of 2016, a week before the Brexit referendum passed, British MP and Brexit opponent Jo Cox was murdered by a white terrorist who screamed “This is for Britain!” and “Britain first!”

After Brexit passed, rising hate crimes and Islamophobia ripped open what writer Habiba Katsha characterizes as the myth that Black folks have it “easier” in the UK. In this distorted view, British institutional racism is supposedly less insidious than in the United States. Yet for so-called Brexiteers, leaving the EU has been fetishized as a swashbuckling panacea to European domination and control, Britain’s twenty-first-century version of Confederate secession. “Britain First,” like “America First,” has become a clarion call for white resistance. Not surprisingly, Brexit support is most robust in rural and small cities where white voters feel most imperiled by immigration. Opposition to Brexit is strongest in Scotland, Northern Ireland, and London. Anti-Brexiteers believe the move will gut trade because the majority of Britain’s exports and foreign investment comes from Europe. Economic analysts predict that the pound will fall, trade at the Irish border will cease, and inflation will skyrocket. In anticipation of the withdrawal, major corporations like Airbus have threatened to leave Britain.

Blasting Johnson on the floor of Parliament, Labour Party leader Jeremy Corbyn argued that a no-deal Brexit was the “height of economic lunacy” and would lead to job cuts, decreased workers’ rights, and fewer environmental protections. “I note the climate change-denying [US] president has already dubbed him ‘Britain Trump’ and welcomed his plea to work with fascist, Brexit Party leader Nigel Farage,” Corbyn observed, warning this “would make us a vassal state of Trump’s America.” Suggesting the disastrous impact leaving the EU will have on working-class people, one commentator likened it to a Ponzi scheme—a massive swindle promising unlimited returns based on lies and subterfuge. That the majority of white working-class Labour Party members voted to leave the EU highlights how race solidarity always eclipses class solidarity in nations like Britain and the US, where the wages of whiteness are key to national identity, economic stability, and community.

The Black and South Asian women I spoke to were infuriated by the British media’s soft-pedaling of Johnson as a “charming eccentric.” Londoner and world traveler Muksa railed against the normalization of Trump’s hate speech and its effect on Britain’s political climate, noting that “the outside world rarely hears from British people of color,” which leads to the false assumption that folks are complacent and invisible. In her view, this presumed invisibility is strongly connected to hate attacks against Muslim and ethnic communities. Sadia Hameed, a feminist activist, atheist, socialist, and member of the Council of Ex-Muslims of Britain, predicted that, “The poor will most certainly get poorer and, just as austerity impacted people of color in the worst way (women of color worst of all), in the same manner, Brexit will hit people of color doubly hard, harder than their white working-class counterparts.” Commenting on Johnson’s strategy, filmmaker Maria Ivienagbor of South London said, “I don’t think he has Black British folks in mind, and Brexit will probably be an ‘experiment’ on us. I’m worried for the future.”

This future is further clouded by the burgeoning global industry of hate fueled by a vast European infrastructure (anchored by training camps, social media, job networks, lecture circuits, and publication platforms) that attracts recruits from around the world to places like Russia and the UK for induction. Under the Trump administration, domestic terrorism efforts targeting white supremacist and nationalist groups have been squelched and funding gutted. With both the US and Britain hanging in the balance, mobilizing progressive communities for the 2020 election will be critical to ensuring that the destructive blight of global Trumpism doesn’t become a permanent human rights “experiment.”

Sikivu Hutchinson is the author of Moral Combat: Black Atheists, Gender Politics, and the Values Wars as well as the novel and stage play, White Nights: Black Paradise. Her web-series Narcolepsy, Inc., a sci-fi/speculative fiction satire on corporate theocracy, debuted in March on YoutubLondone and Stareable. Her book, Humanists in the Hood: Unapologetically Black, Feminist, and Heretical, is due from Pitchstone Press in April 2020.