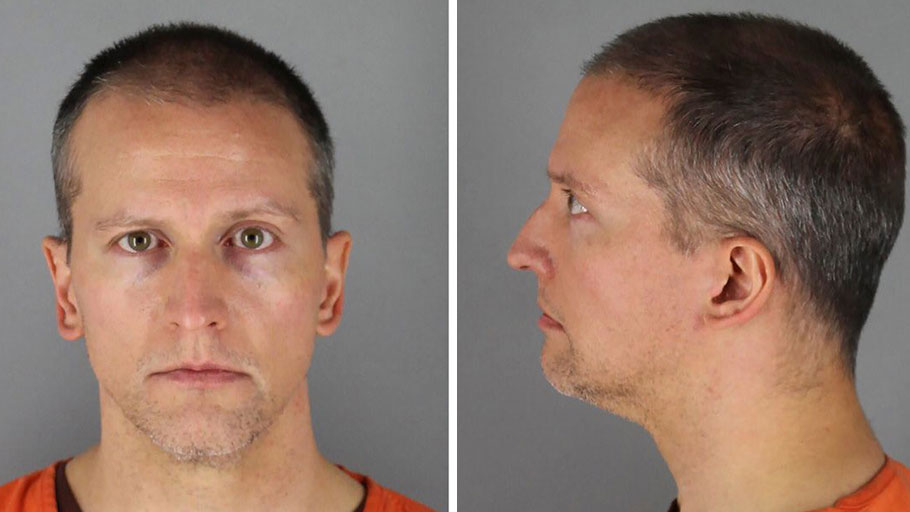 Here’s How to Stop the Killing of the George Floyds

You Are Here: Home » Blog » Commentaries/Opinions » Here’s How to Stop the Killing of the George Floyds

On March 22, 1991, a visibly shaken and angered President George H.W. Bush said he was sickened and “outraged” by what he saw on television. That was the beating of black motorist Rodney King by a swarm of LAPD cops. A year later following the acquittal of four of the police officers by a Simi Valley jury with no blacks on it, Bush ordered then Attorney General William Barr to begin the process of slapping federal civil rights charges on the officers.

He issued a terse statement saying, “the verdict has left us all with a deep sense of personal frustration and anguish.” He backed this up with a televised address a few days later in which he strongly signaled that civil rights charges would be brought against the officers.

Bush had the authority to order a prosecution, via a string federal criminal civil rights laws specifically authorize the prosecution of police officers, who blatantly violate the law by using deadly or excessive force against civilians, when there is a “compelling public interest” to do so.

In the case of King, the compelling public interest was that the state trial was flawed in the racially skewed jury composition, and that there was a need to confront the corrosive violation of civil rights by a law enforcement agency. More specifically, the statute on “compelling public interest” makes plain that the alleged violation must involve “egregious conduct, including that which . . . causes loss of life,” and where “the result in the prior prosecution was manifestly inadequate in light of the federal interest involved.”

Now we come to former Minneapolis cop Derek Chauvin, or rather the Derek Chauvins who invariably pop up on far too many police departments in America. Since the videotaped murder of George Floyd by Chauvin, nearly every local, state, and national official, business and arts community leader, civil rights leader, and millions globally have reacted with lawful marches and protests to very unlawful burning and looting. There have been volumes spoken and written about what can be done to prevent another Floyd. But we’ve been there before. The Kerner Commission, the McCone Commission, the Mullen Commission, the Christopher Commission, and the Knapp Commission were blue ribbon panels that investigated the issues around police abuse. There have been reforms that include police oversight boards, inspector generals, independent police review commissions and civilian review boards. Legions of police chiefs, commissioners and city officials make great sounding pledges to make reforms. But the Floyds continue.

There are three ways to save the life of the Floyds that do not require another commission or study. One is to do what the Minneapolis police chief did after he took a gander at the video showing Chauvin choking the life out of Floyd and three other officers in the same video piling on Floyd. He promptly fired them. Any officer who assaults or assails an unarmed civilian after the suspect has complied and is non-resisting will be immediately suspended or fired.

Another is to do what former President Bush immediately did after he witnessed the videotaped beating of King. He authorized a federal investigation and when the four cops who beat King were acquitted in state court, he authorized a federal prosecution. Local county prosecutors and district attorneys must follow that lead and slap charges on an officer who assaults or assails an unarmed civilian after the suspect has complied and is non-resisting. When local prosecutors refuse to prosecute, then the Justice Department or, as in Minnesota, the states Attorney General must promptly intervene and bring charges against the officer. The Justice Department and attorneys general are empowered to bring charges under statutes that prohibit officers from committing misconduct and prescribes penalties for law breaking under color of law.

Yet another is an absolute prohibition of the blue code of silence. Countless studies have shown that from police chiefs and commissioners down to the beat cop when it comes to reporting misconduct by fellow officers they will lie, go mute, develop vision problems, wink and nod, and as in Minneapolis bum rush a helpless Floyd on the ground. The term for this dirty business is “testilying.” Any officer who witnesses misconduct then must be legally obligated to report it. Failure to do so, will result in anything from suspension to dismissal. Police chiefs and commissioners must make it clear there will be no compromise on this and that officers who report misconduct will be fully backed and protected by the brass.

Bush Sr. was deeply concerned that the King beating had caused an even deeper, volatile, and dangerous rift between police and African Americans. The riots after the cops were acquitted underscored that. The massive civil unrest after Floyd was murdered did the same. The ways to stop the killing of another Floyd then are there, let’s implement them.

Earl Ofari Hutchinson is an author and political analyst. He is the author of Why Black Lives Do Matter (Middle Passage Press) He is an associate editor of New America Media. He is a weekly co-host of the Al Sharpton Show on Radio One. He is the host of the weekly Hutchinson Report on KPFK 90.7 FM Los Angeles and the Pacifica Network