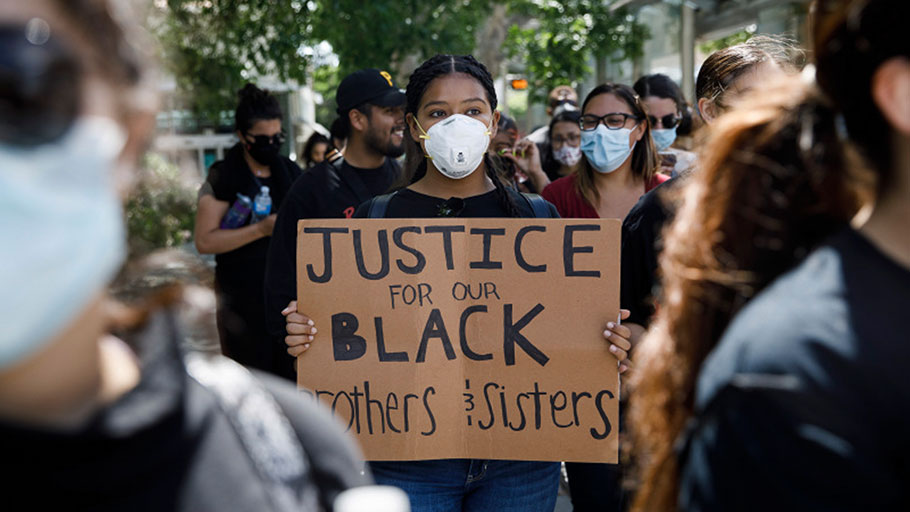 What happens after George Floyd? California looks to reparations

You Are Here: Home » Blog » Reparations » What happens after George Floyd? California looks to reparations

A California bill proposes a reparations committee to redress the nation’s past on slavery. Protesters march on East Santa Clara Street in San Jose on May 29, 2020, after the death of George Floyd in Minneapolis. Photo by Dai Sugano, Bay Area News Group

The anger and frustration that flooded more than 20 cities in recent days will likely put pressure on the state to conduct a thorough examination of historic and continued discrimination of African Americans — even as civil unrest continues.

Although racism — both institutional and cultural — is a national stain that bleeds hundreds of years deep, some suggest California should account for its share of mistreatment. Before George Floyd in Minneapolis, there was Stephon Clark in Sacramento. Before Eric Garner in New York, there was Oscar Grant in Oakland. Before the Rodney King uprising in Los Angeles, there was the Watts riots decades earlier.

This week as black leaders look to lead statewide dialogues, one proposed bill out of Sacramento could offer a starting point for apology — and healing. San Diego Democratic Assemblywoman Shirley Weber’s AB 3121 would establish an eight-member reparations committee to educate Californians about slavery and to recommend direct and indirect state settlements to help remedy generations of inequality and discrimination. The bill quietly advanced out of the Assembly’s judiciary committee before the nation erupted in protest and is scheduled to be heard in the appropriations committee Tuesday.

“We felt that California needed to examine itself,” said Weber, the daughter of a Southern sharecropper who rose to become one of the state’s leading education advocates, before the weekend’s violence. “Is there any lingering impacts of the issue of slavery in the United States on the lives and progress of Africans in this country, and in California, in particular?”

America has offered apologies and compensation for injustices of the past, from the internment of Japanese-Americans during World War II to seizing tribal lands from Native Americans. And cities and states have approved reparations for their own wrongdoings. But Weber acknowledges the state task force would step into a thorny national topic with lots of uncharted questions, such as: who would pay, who should get paid and how should they get paid?

There is no formal opposition to the bill, but three Republican lawmakers — James Gallagher of Yuba City, Kevin Kiley of Granite Bay and Jay Obernolte of Hesperia — voted against Weber’s bill in the judiciary committee. According to Kiley’s chief of staff, Joshua Hoover, one reason the assemblyman voted no is that he believes “the federal level is a more appropriate place for this discussion to take place.” 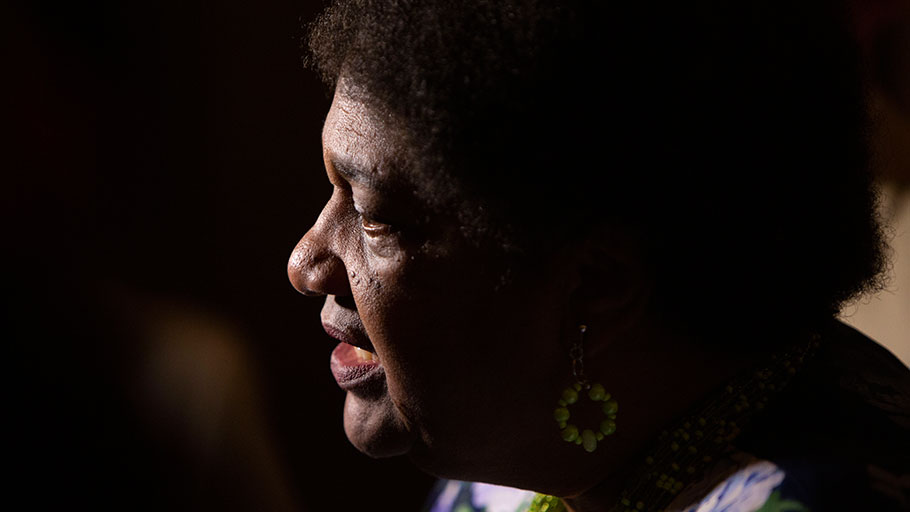 Assemblywoman Shirley Weber gives a press conference after the passing of her bill AB 392, which would limit the use of ‘deadly force’ by police, on July 8, 2019.

Supporters say it’s another case of California leading by example.

“If California is willing to lead on other conversations around climate, around income inequality and around things like this, there is no way to have any of these conversations without acknowledging what has been done to black people in this country,” said Courtney McKinney of the Western Center on Law and Poverty, a nonprofit law firm that advocates on issues affecting the poor.

Although California was admitted into the Union as a “free state,” slavery persisted with public auctions and a fugitive slave law decreeing that a person brought to the state as a slave would be considered a slave.

After slavery was abolished in 1865, discrimination permeated throughout American society from Jim Crow laws and redlining to unequal access to education and police use of force that has led to mass incarceration of black people in jails and prisons. Proponents of the reparations committee point to these practices for disadvantaging African Americans, which has contributed to well-documented racial wealth gaps, higher unemployment rates and health disparities.

The reparations debate has been on and off nationally. During the Democratic presidential primaries last year, reparations became a talking point for contenders. In Congress, Rep. Sheila Jackson Lee, a Democrat from Texas, introduced a bill to establish a reparations committee, although it has yet to gain traction. Coincidentally, California state lawmakers put forth Assembly Joint Resolution 21 in support of Jackson Lee’s bill.

For its part, California has sought to change police practices and set a new standard, another Weber bill, for when police are permitted to use deadly force. Gov. Gavin Newsom spoke about how he wrestled to explain race and class to his children after his children saw videos of Floyd’s deadly arrest on social media and today, he suggested institutions need to change.

“You’ve got to change hearts, minds. You’ve got to change culture, not just laws,” the Democratic governor said. “And we have to own up to some very difficult things. The black community is not responsible for what’s happening to this country right now. We are.”

Although Newsom hasn’t weighed in on Weber’s bill, he has apologized to Native Americans for the state’s history of violence, signaling his willingness to have a dialogue with disenfranchised communities. And just earlier this year, California lawmakers issued a formal apology for discriminating against Japanese Americans during World War II.

Still, the state has yet to apologize to African Americans. And today, the national upheaval is happening in the backdrop of the coronavirus pandemic, which has been more deadly for black Californians than most other groups in places like Los Angeles. The recession too has disproportionately hurt black and Latino communities.

“This pandemic is exposing the flaws in our system that are often covered up by this thing that people think California is wonderful,” Weber said. “It is a wonderful state. But there’s still some folks here who are not benefiting.”

In order to have a more just society, California must acknowledge the past and the reparations committee is one way to fix it, said McKinney of the Western Center on Law and Poverty.

“It is no longer an option to think of reparations as fringe,” McKinney said.

The bill is silent on how the state should redress slavery. Weber’s bill is crafted more as a launching point: the task force would spend a year studying the issue and return with recommendations for what reparations might look like for African Americans in California, as well as how it might be distributed to the state’s roughly 2.5 million black residents.

Weber is proposing the governor and legislative leaders appoint members of the task force with members who represent communities of color and have experience on racial justice reform.

“We think it needs to have an independent voice,” Weber said.

But even after the committee hands in its recommendations, there’s nothing that would require the Legislature to act.

Adria Watson is a senior at Sacramento State University where she is majoring in journalism. She has written and served as co-news editor for The State Hornet and freelanced for The Sacramento Bee. She comes to us through the Emma Bowen Foundation summer internship program, which CalMatters participates in.