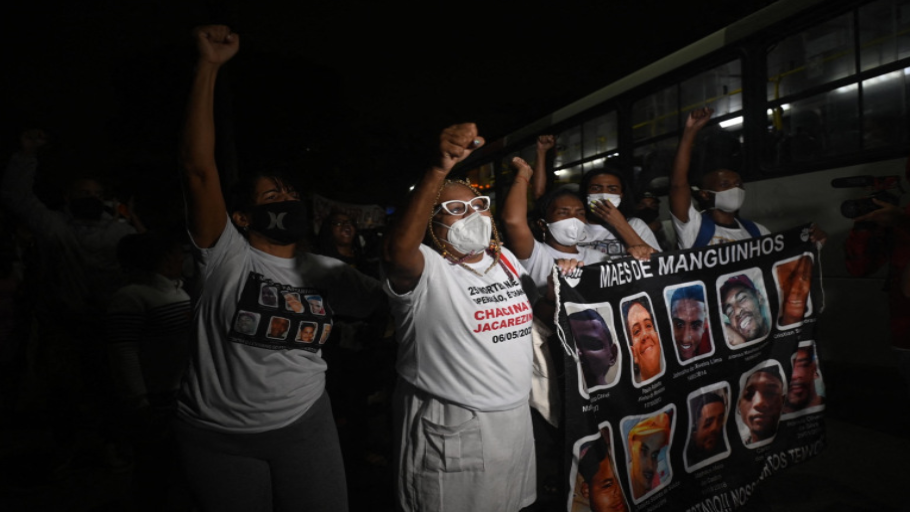 Repression and abuse in the favelas of Brazil: Death by violence, hunger or pandemic

You Are Here: Home » Blog » Commentaries/Opinions » Repression and abuse in the favelas of Brazil: Death by violence, hunger or pandemic

May 7th, 2021 – On Thursday, May 6, in Brazil at least 25 people died after more than 200 armed police officers stormed Jacarezinho, one of the largest favelas in Rio de Janeiro, in a justification of searching for drug traffickers in what has been called one of the most violent raids in the history of that city. Local people have called extermination to a premeditated massacre sanctioned by the State.

AfroResistance draws attention not only to this massacre, but also to the ongoing police brutality issues occurring not only in Rio, but in Brazil in general, a brutality that targets mostly the favelas and their residents. Favelas are places in the different cities of Brazil, where inhabitants, for the most part, low-income African descendants, that live with lack opportunities and daily experience the blatant neglect of the state, which has been much more visible with the current Covid-19 pandemic. Favelas often have their own internal-resident-self-organized-governance systems that form internal structures to tackle internal issues such as health and education, to name a few. The military invasion yesterday was carried out despite a Supreme Court ruling that prevents the Police from raiding peripheral neighborhoods while the coronavirus pandemic lasts, except in ‘absolutely exceptional circumstances’. Although there is a court ruling in place, according to Human Rights Watch, over 450 people have been killed by the police in Rio de Janeiro at the hands of the police in raids alone during the first three months of the current year.

“Brazil is one of the most unequal countries in the world and faces historic racial discrimination, leaving half the population without basic human rights or real economic opportunities. The Covid-19 pandemic and the abusive and incompetent actions and inactions of President Bolsonaro’s administration are pushing millions of Brazilians into hunger and food insecurity. The Jacarezinho massacre yesterday was illegal. Apart from this, it shows us another layer of this perverse system, the legalization and naturalization of two types of people: those whose lives matter and those whose lives, pains, feelings, needs and humanity do not matter. Brazilian democracy is an illusion and it will continue to be so until Brazil becomes a true democracy for poor Black Brazilians ”, according to Ana Paula Barreto, Director of AfroResistance Programs.

The critical situation of the favelas in Brazil and the events that occur today in Colombia show us certain similarities in terms of the denial of human rights and dignity towards Afro-descendant communities and the inaction of the state to guarantee their rights and attend to their needs, This is how our young people grow up in a hostile environment marked by violence and state repression as the only answer to their growing problems.

At AfroResistencia we reiterate the importance of the implementation of public policies that promote dignity for the people, we believe that dialogue and agreement are fundamental in the construction of an equitable and inclusive society. The mission statement for AfroResistance, is to educate and organize for human rights, democracy and racial justice throughout the Americas. www.afroresistance.org