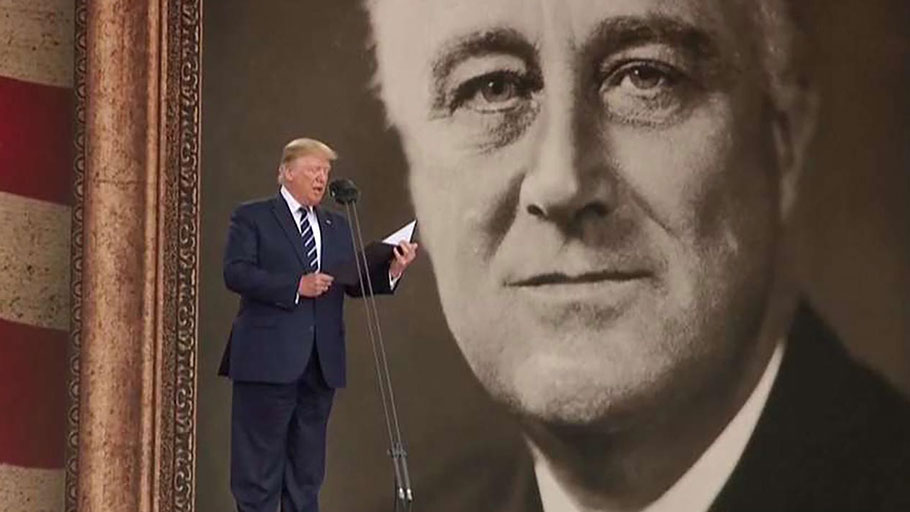 The Shame, it took a Virus for America to Finally Bail out Its Workers and the Poor

You Are Here: Home » Blog » Commentaries/Opinions » The Shame, it took a Virus for America to Finally Bail out Its Workers and the Poor

Moments before the House took a final vote on the COVID stimulus package, a handful of progressive House Democrats railed that the bill gave the heavy cash to the major corporations. While workers and the poor, they said, got crumbs. This was also pretty much the attack line from Bernie Sanders, Elizabeth Warren and other progressive Democrats in the days before the final vote on the stimulus bill. They all ticked off the grab bag of goodies for the major industries, Boeing, the mega real estate developers, the big hotels, and the airlines all fed well at the government trough.

Yet, in the end nearly all the dissidents voted for the package. They did for a good reason. It actually does far more for workers and the poor than any other stimulus package ever did. It took the horrific threat of massive illness and death and economic collapse from a virus to do that. There’s the generous ramp up in unemployment insurance, small business loans, student loan payment temporary suspensions, rent and mortgage temporary deferrals, freeze on evictions and utility disconnections for non-payment. This seemed to point to a newfound well-spring of public and political sympathy for the plight of workers and the poor.

But the gargantuan stimulus amount doled out in the package and the speed in which it was agreed on out was glaring proof of what progressive advocates for workers and the poor have long shouted. That is that the wealthiest nation on the planet more than has the resources to radically expand and improve education, health care, and wage and job security and protections for its workers. Every Western European nation and Canada with much less wealth than the U.S. has long since done just that. In every annual survey of quality of life determinants among the globe’s nations, these countries consistently rank among the top tier nations on the globe. The U.S. just as consistently ranks way down the list.

The reasons for the gaping lag are well-documented. There is the deep-seated notion in the US that the poor are poor not because of structural economic inequality but because they are lax, lazy, uneducated, and unmotivated. For more than a half century, GOP and conservatives have driven this laissez faire notion into public policy. The systematic gut, attack, and mute of funding for health care and public education has been one glaring indicator of this. Another is the wholesale assault on public employee unions that has virtually reduced them to non- existence in many states. The outsourcing of labor, the flight manufacturing jobs, and the of marginal pay retail and service industry jobs is yet another.

The issue has never been one of resources but the lack of political will and outright political hostility to restructuring the economy to increase benefits for workers and the poor. This resistance was on horrid display when the handful of GOP senators screamed that the unemployment insurance benefits add on of $600 in the stimulus package was way to extravagant. They blasted it as an incentive for workers not too work. The workers that would receive the increase weren’t working not because they were lazy or had gotten canned, but because they were dumped from their jobs as a result of the pandemic forced business closure. Even when the victims couldn’t logically be blamed for being victims, they still were.

The stimulus package hardly represents any great change or epiphany that workers and the poor deserve more support. The change came about solely because of the unprecedented magnitude off the crisis and it is a crucial election year. Trump, Mitch McConnell and many GOP senators are up for reelection. The political optics would look terrible for them to approach it as business as usual. Trump and the GOP’s revered base also lost jobs, had businesses shut down, and farm production drop. Trump and the GOP could not pull a rerun of the 2008 financial crisis when they shoved billions to the banks and Wall Street and did virtually nothing for the very workers, and homeowners who were the victims of their irresponsible, unchecked lending and borrowing.

There were enough Democrats this time around who were willing to make enough noise to ensure there would be no repeat of the one-sided corporate and bank giveaway of a decade ago. This time the workers had to be fitted in the equation. McConnell and Trump got just enough of that message and warning to sound for the moment like the second coming of FDR. They even harangued Democrats to get moving on passage of the stimulus package. The half trillion in benefits that millions of small business owners and low-income persons will receive is still way out of balance to the backing that the corporations will get. However, if measured against the past attacks, indifference, and resistance to providing the most minimal in improvements and concessions for workers and the poor, it represents a marked and welcome departure. The shame is it took a virus for that to happen.