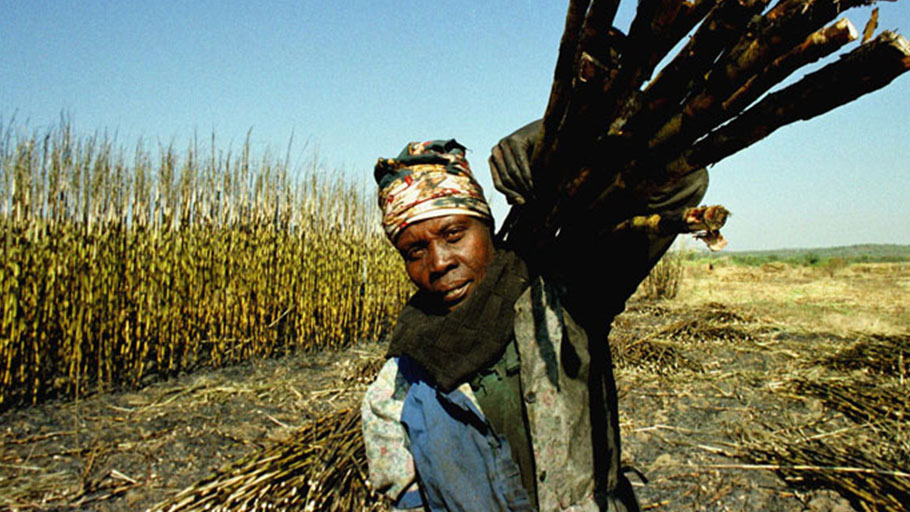 The symposium was very deep and wide in its breadth of topics and discussed the matter of reparatory justice from almost every angle.

Caribbean, North and South American, African, European and Jamaican advocates for reparations were heard louder than they had bargained for when they addressed a very wide range of related topical issues when they met in Jamaica Oct. 10, 11 and 12 for the launch of the Center for Reparations Research.

Speakers at four weekend events over three days plowed through the topics with both precision and wide latitude, as they sought to put current reparations issues in clear historical focus — and plan for the movement’s future at a time when it is gaining momentum across continents.

The all day tri-continental symposium took place on Oct. 11 with the theme, “Post-Independence Crossroads: Economic Growth, Sustainable Societies and Reparatory Justice,” which went a long way to reveal the long history of efforts and varying but separate trends talking about and promoting reparations across and between the continents.

The symposium also interrogated such issues as: Who will clean-up the colonial mess left in the Caribbean after independence? Can there be Sustainable Development of the Caribbean without Reparatory Justice? What historical lessons can be drawn from the recent widespread destruction of some Caribbean islands by three hurricanes?

The symposium was very deep and wide in its breadth of topics and discussed the matter of reparatory justice from almost every angle.

Discussions were anchored within the context of history, human rights, the right to development, ethical and moral obligation, legal justification and political responsibility in the post-colonial age.

Participants also looked at governmental responses to the challenges of reparations and compared the regional and transnational political contexts in which the reparations quest is being pursued.

Presenters sought to trace the trajectory of the evolution and progress of the reparations movement, analyzed and compared precedent in repatriation settlements and debated their processes, progress and impact.

Video — The French And British Genocide Against The Caribs People

Speakers also examined ways in which art, literature, music and theater represent and engage with reparations and reparative narratives.

Also debated was the psychological and spiritual “price” of enslavement, as well as how to transform memories from mental spaces to physical sites of memory.

Speakers pored over the Economics of Emancipation and the Price of Freedom and paid respects to the victims of the worst crime against humanity known to humankind and paid tribute to the pioneers of the region’s reparations movement.

Presenters directly pointed accusing fingers at the perpetrators and told them exactly what they ought to do if they want to make amends for the tragedies of the past and question the rationale for their responses (or lack thereof) so far.

Legacies were also focused on, with talk about “The economic, cultural, social and environmental chains of the implication of enslavement and genocide on past and contemporary societies and communities.”

But above all, the speakers attempted to chart the way forward, examining alternative conceptions of what is needed for repair outside of financial and legalistic arguments.

They also discussed reparation and activism, looking to social movements, activist networks and the links and connections between activism and politics.

The conference planners, led by CRR Director Professor Verene Shepherd, said their main emphasis was “to ensure this conference does not become one for making academic careers out of other people’s misery, but one with an activist and advocacy agenda as we imagine a future that is better than our present.”

The commission reviewed its latest report to CARICOM leaders and their responses to it, while considering what advice to give the CARICOM heads of government, as mandated, regarding the immediate future of the quest for related interaction with Europe.

But the general view expressed at the series of events is that the CRC and the governments should move quickly to either engage the Europeans or take the quest for reparations to the next logical stage – that of international criminal jurisdiction.

The CRC insists the related crimes – the genocide against 15 million indigenous people, enslavement of 12 million Africans and deceptive indenture of over 500,000 Asians by Britain and France especially – must be officially recognized and the debt paid as reparations.

The commission recalled that “the British government paid 20 million pounds (sterling) in reparations to slave owners in 1834 – today valued at 76 billion pounds – plus the 27 million pounds given as free labor in the Apprenticeship period.”

The CRC said this total sum “is justly owed as reparations to the descendants of the 640,000 enslaved persons in the Caribbean at Emancipation.

Against the background of the culprit states’ collective refusal to even talk about repairing – far less compensating – for their crimes, the CRC is urging Caribbean governments to make “a formal claim” on the British and French governments for their respective atrocities.

The CRC also wants to see “France repay to Haiti the 150 million Gold Francs [today valued at US$21 billion] that it extracted as reparation in exchange for recognizing Haiti’s national independence.”

The commission has also recommended that “these reparations monies, whenever they become available, be paid into a Caribbean Sustainability Fund for the furtherance of social and economic democratic development during the first half of the 21st century.”

The commission further proposed that “the Caribbean’s international debt be capitalized as a development grant and offset against these sums as an investment in Caribbean democracy sustainability.”

The CRC also feels the time has come for Caribbean parliaments “to follow the examples of Jamaica and St. Vincent and the Grenadines and debate, with a view to passing, legislation that native genocide and slavery were and are crimes against humanity and are subject to reparatory justice.”

The growing movement against the celebration of Christopher Columbus across the U.S. and South America reached the Caribbean just days before the October events in Jamaica, when a statue of the celebrated Italian mariner in Port of Spain, the capital of Trinidad and Tobago, was defaced with red paint by locals demanding its removal.

The CRC, recognizing the growing number of similar demands quietly being made across the region, resolved that Caribbean governments “be asked to remove from places of public celebration monuments statues and other effigies to persons who either committed or facilitated the said crimes against humanity in the Caribbean.”

“Therefore,” the CRC chair added, “monuments to such persons as Christopher Columbus, Horatio Nelson and Francis Drake – and all other military and civil supporters of slavery and the colonial project – should be removed.”

Food for thought – and action!

The four Jamaica events all contributed to the increased sharing of experiences between the region’s (national, regional and diaspora) movements and across continents and this first tri-continental parley surely afforded participants the food for thought – and action – needed to help take their respective movements to the next steps.

The CRR has its work well cut-out, to needle the threads through the levels of research, education and advocacy needed to sew these tri-continental efforts into an international quilt uniting the global reparations movement across boundaries and borders, seas and skies, countries and continents.

What About First People, Indo-Caribbeans and Afro-South Americans?

What About First People, Indo-Caribbeans and Afro-South Americans?
We Need Your Support — Donate, Share, Sign-Up Ways to Support