What About First People, Indo-Caribbeans and Afro-South Americans?

You Are Here: Home » Blog » Reparations » What About First People, Indo-Caribbeans and Afro-South Americans? 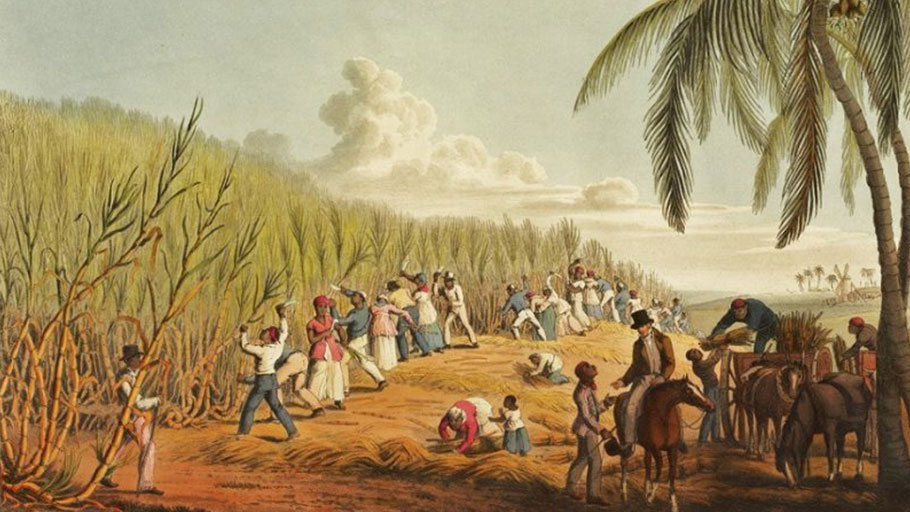 To what extent are First Peoples, Indo-Caribbeans and Afro-South Americans involved in their own representations for reparations?

Caribbean governments are seeking Reparations from Europe for Slavery and Native Genocide.

But what about the plight and fate of the hundreds of thousands of so-called “Indentured Servants” from India who replaced the slaves? And the African descendants in South America who are as marginalized as ever?

The Europeans are being asked to atone for their commission of The Worst Crimes Against Humanity known to humankind that resulted in the wholesale slaughter of the region’s First People and the subsequent brutal capture and shipment of millions of Africans into Slavery.

But what about the legacy of “Indentureship?”

Indeed, two related questions today apply: (1) To what extent are the Caribbean’s First Peoples involved in their own representations for reparations? (2) To what extent are Indo-Caribbean representatives willing to and/or engaged in advocacy for reparations for the descendants of the Indian labourers brought to the region by the Europeans after Slavery officially ended?

The region’s indigenous First People range from the Kalinago (in Dominica) and Garifuna (in Belize and St. Vincent and the Grenadines) to the First Peoples of Trinidad & Tobago and Surinam, as well as the nine Amerindian nations in Guyana, among others.

Each Caricom country with a National Reparations Commission/Committee/Council, NRC, can engage organizationally with its First People’s representatives directly – and that’s indeed being done in some (but not all) cases.

The devastating effect of Hurricane Maria on Dominica’s Kalinago community in September 2017 again underlined the frailty of the nation’s First People, who were once given 25 percent of the entire island by a colonial Governor to ensure their survival, but who are still largely shadows of their former selves and have studiously held-on to their deeply-rooted traditions, throughout thick and thin.

Some in the Garifuna exile community want to engage the Vincentian government, while there’s room for more related activism at home on the place and role of the multi-island state’s indigenous peoples in their nation’s history.

The First People of Trinidad & Tobago got a “One Off” national holiday to mark First People’s Day on October 13, 2017 with a major event in Santa Rosa attended by Prime Minister Dr Keith Rowley — just weeks after an excavation project at Red House, the nation’s parliament, revealed a new, large common grave of the remains of the twin-island state’s oldest traceable First People.

What’s lacking is a coordinating mechanism to link the indigenous people’s struggles and share their stories and successes between themselves and with the region – and the rest of the world.

But this may very well have started getting under way, as both the Kalinago and Garifuna communities sent messages to the CRR’s launch and the international symposium.

The Caricom Reparations quest for Chattel Slavery is more advanced.

It’s already linked to the US reparations movement and helped influence changed approaches to their approach, based on the Caribbean’s experience.

It’s also engaged movements in Europe and Africa and the recent activities in Jamaica – the launch of the Center for Reparations Research, CRR, the 10th meeting of the Caricom Reparations Commission, CRC, a related international symposium and a press conference – allowed for delegations from the USA, Europe, Africa and the Caribbean to better create networks for future action.

Indeed, there are ideas about extending cooperation and advocacy to not only include remaining colonies (wherever and however described), but also such causes as those of the Aborigines in Australia, the Maoris in New Zealand, the Native American tribes, the Canadian First Peoples and other similar causes worldwide.

A worldwide alliance of reparations movements can also emerge from the decision of the Caricom leaders in July 2013 to pursue reparations from Europe.

The cause of the Indo-Caribbean descendants of the so-called “Indentured Servants” is a bit more ticklish.

Some have asked why the CRC hasn’t included “the Indentureship period” in its list of reparations-seeking causes. But (at least for now) the CRC’s Terms of Reference are specific to Slavery and Native Genocide.

There is also the issue of the extent to which Indo-Caribbean peoples see or saw “Indentureship’ as something to seek reparations for.

Many feel that those who came (by ship from India) did so voluntarily and through contractual arrangements and were not captured or enslaved like the Africans they replaced.

Their treatment is therefore not always seen by their heirs and successors in the region and elsewhere today in the same light of the degradation and inhumanity that Africans suffered through Slavery.

Indeed, critics of calls for advocacy against the “Deceptive Indentureship” often claim that 70 percent of the Indians who arrived in the region as indentured servants were satisfied with their conditions.

However, the advocates for concern argue that even that statistic also indicates there was a 30 percent minority whose situation ought to be represented.

Now there’s the growing movement among African descendants in South America — especially Colombia, where Afro-Colombians continue to be victims of the armed turf and territorial wars between the state and the various insurgent and revolutionary groups.

African descendant populations are also starting to demand attention to their plight and interest in reparations in the many other South American states where Blacks feel treated like insignificant minorities that don’t even count in the official national demographic declarations.

The quest for reparations for those who may have been deceived into signing contracts into unchained slavery is one that will (partly) require a greater effort on the part of the Indo-Caribbean community to speak with a clearer voice on how it sees “Indentured” labor and its legacy.

Nonetheless, it is simply undeniable that there is an interconnecting thread between Native Genocide, Chattel Slavery and Indentureship that put them as three peas in the same colonially grafted pod.

CRC Chairman Professor Sir Hilary Beckles holds that these were “three stages of a historical process of exploitation that cannot be denied.”

He further warns that reparations advocates “must ensure we do not lose sight of their interconnection over the years.”

Needling that common thread is the next urgent task for advocates of all three stages.

A lot will depend, therefore, on the level of cooperation and collaboration that can exist between the impacted communities and their representatives, without allowing issues of race, religion and culture to drive, dominate or even influence the political movement for complementarity in pursuit of common goals.

The issues are much too sacred to be polluted by politics of division or exclusion.

Is The FBI’s New Focus ON “Black Identity Extremists” The New COINTELPRO?

Is The FBI’s New Focus ON “Black Identity Extremists” The New COINTELPRO?
We Need Your Support — Donate, Share, Sign-Up Ways to Support