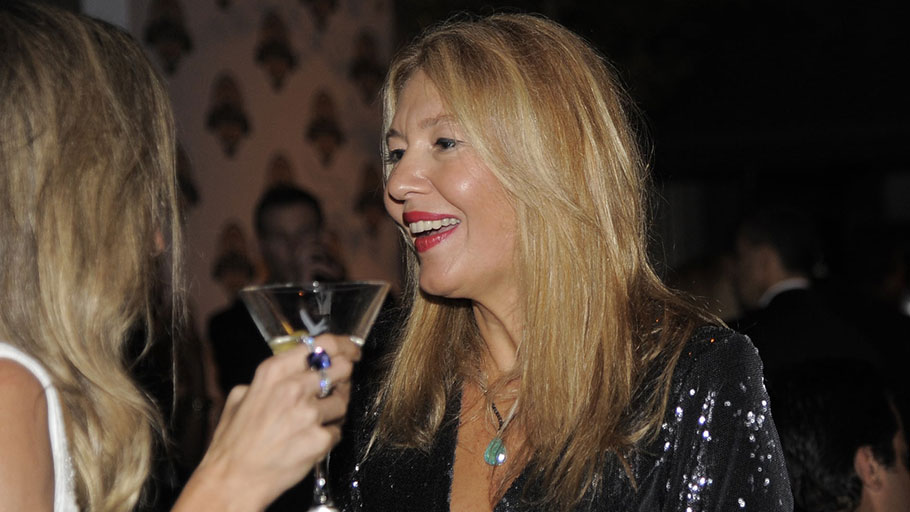 Images show Donata Meirelles, who is white, sitting on a throne-like seat flanked by four black women dressed in white.

By Anna Jean Kaiser, The Guardian —

The fashion director of the Brazilian edition of Vogue has resigned after photos from her 50th birthday party drew criticism for evoking colonial depictions of slavery.

Images from the party showed Donata Meirelles, who is white, sitting on a throne-like seat flanked by four black women dressed in white at the celebration in Bahia, the Brazilian state with the largest black population.

Critics compared the women’s clothes to the white uniforms worn by house slaves, and pointed out the chair’s similarity to a cadeira de sinhá, an ornate chair for slave masters.

“The black women were used as objects to create an exotic scene,” said Stephanie Ribeiro, the author of the #BlackGirlMagic column in the Brazilian edition of Marie Claire. “It’s reminiscent of colonialism and romanticizes those times. She was recreating the image where whites are superior and blacks are dehumanized.”

Hey @CondeNast, Donata Meirelles, the director of Vogue Brazil, had her birthday party inspired in “Brazil Slavery Colonies” and even had black models dressed as slaves to use as photo props. Asking for a friend: does this align with your company’s values? #VogueRacista pic.twitter.com/7K0DmnK7nd

A famous Brazilian singer, Elza Soares, wrote on Instagram: “Think about how much you can hurt people, their memories, the plight of their people, when you choose a theme to ‘spice up’ a happy moment in your life.”

One Instagram user juxtaposed the image of Meirelles with an archival photo of a woman from the Costa Carvalho family on a sedan chair with two slaves.

The day after the party, Meirelles responded on Instagram, saying that the chair was actually an artifact from the Afro-Brazilian folk religion candomblé, and the clothes were traditional Bahian party attire. “Even so, if I caused any different impressions, I am sorry,” she said.

On Wednesday, Meirelles announced that she would resign from her position at Vogue.

In a statement on Instagram, the magazine said: “Vogue Brasil profoundly regrets what happened and hopes that the debate that has been generated serves as a learning experience.” Vogue said it was creating a panel of activists and academics to help create content to combat inequalities.

But the move was dismissed by Ribeiro. “They should just hire black people to work at Vogue Brasil, not create a forum for black activists to act like babysitters telling them whether something is racist or not,” she said.

More than half of Brazil’s 200 million people identify as black or mixed race, but Vogue’s Brazilian edition first featured a black women on its cover in 2011 – 36 years after it was launched.