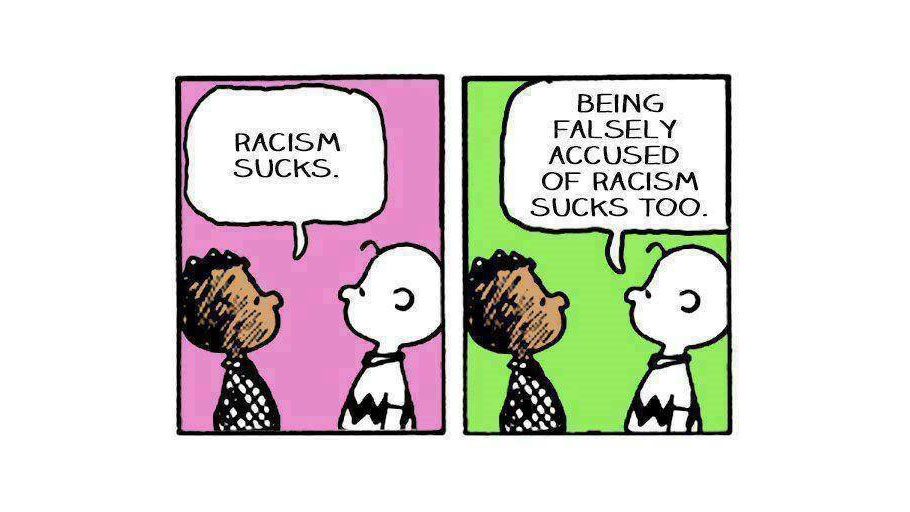 You Are Here: Home » Blog » Commentaries/Opinions » Smollett is Another Cautionary Warning About Screaming Racism — For Any and Everything

When actor Jussie Smollett claimed that he was the victim of a hate attack by MAGA backers complete with a noose around his attack, I instantly posted a Facebook comment, “be careful on this.” The responses were swift and brutal. But they boiled down to-“How dare you question that Smollett was anything other than a Black viciously assaulted by venomous Trump goaded racists?” Anything less than outrage at homophobic, black hating Trumpites was nothing short of racial heresy and spewing right-wing Fox News talking points.

The counter-attack made some sense. Smollett is young, black, male, and gay. These are the prime attributes that seemingly make him a prime target. He also had an activist track record backing the parents of Trayvon Martin in their quest for justice in the murder of Trayvon. What didn’t make sense were the holes in his story. And what made even less sense is the history and danger of a knee jerk scream of racism in cases such as this.

That history goes like this. A celebrated black entertainer, athlete, or official comes under withering fire for getting caught in a personal and or criminal indiscretion, wrong doing, or malfeasance, and they scream race. Bill Cosby is the latest and best known to flip the race card. He wasted no time in flipping it when he pleaded for the black media to remain “neutral” in the mounting furor and outrage over his alleged rapes of multiple women.

Cosby quickly walked down this tired, well-worn path for a good reason; in fact, several good reasons and none of them were any good. Others have done it before him. The litany of names from O.J. Simpson to Tiger Woods to Clarence Thomas is well known. They all had some things in common. They were wildly lionized as pillars of society. They said or did little or nothing about racial issues. And they were likely guilty when dumped on the legal and public scrutiny hot seat.

They had one more thing in common. They knew that by screaming that they were victims of a long-standing diabolical plot to demean, malign, pillory, and dehumanize black men, especially wealthy, prominent black icons, they could get a ready, sympathetic ear, and even circle the wagons push back by many African-Americans. Some black personalities have raised this ploy to a state-of-the-art enterprise when they are accused of, or nailed for, sexual hijinks, bribery, corruption, drug dealing and possibly even murder.

The wrong-headed misplay of the race card to cover or absolve blacks of abhorrent even criminal behavior and actions was on sorry display a decade ago during the rash of burnings of black churches. Nearly one-third of the more than 100 people arrested by FBI and Bureau of Alcohol, Tobacco, and Firearms agents in the burning of over 200 churches were black. In some cases, there was strong evidence of a loose conspiracy by a disjointed group of racist whites to burn these churches. But this obscured the fact that the blacks that burned their own churches got a pass.

There was hardly any claim or case to be made of anything racial about their motives. They burned their churches out of revenge, anger, to conceal thefts, or to perpetuate insurance fraud. They were criminals and no one should try to excuse or justify their shameful acts. Despite the damning evidence, many blacks still clung to the racist conspiracy theory about the church burnings. Their blindness to reality was the ultimate in collective racial denial.

In the Trump era, it’s even easier to see hidden plots, conspiracies, and diabolical plans to savage blacks behind every seeming allegation of racial victimization. Trump has unarguably opened the sewer and allowed many unreconstructed bigots of all stripes to ooze out and launch a barrage of racial digs, harangues, and in some cases physical assaults on blacks. The climate of hate is real, dangerous, and must be confronted. However, that’s far different than reflexively assuming racial victimization when the evidence is scant, and likely rests solely on the word of one person making the charge.

Here ‘s the great damage done. And it has nothing to do with the proverbial crying wolf. It has everything to do with taking the legitimate sting, public outrage, and action that real, not invented, racial acts stir. Manufacturing a racial assault, which almost always is sooner than later uncovered, does in fact give aid and comfort to the Fox News talking heads and the right that delight in finger pointing blacks for eternally screaming race about everything. At the very least it’s silly and counter-productive.

Smollett may well turn out to have been the victim of exactly what he said, a racist hate crime. However, when there are clouds of doubt about his claim or any other such claim, the wise course is to step back, take a deep breath, and wait to make sure the claim is more than a claim, but a fact. Smollett is another cautionary warning of the danger of not doing that.