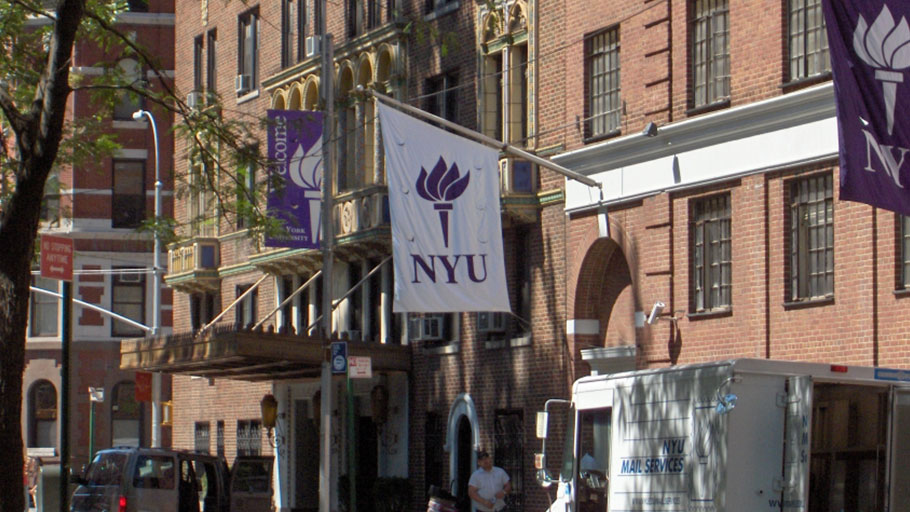 Shahem Mclaurin, a black graduate student at New York U.’s Silver School of Social Work, said he had already spoken with an administrator about the racism he’d faced, with no action taken. Photo: Jonathan71, Wikimedia Commons

By Emma Pettit, The Chronicle of Higher Education —

While traveling abroad this week, a black graduate student at New York University says he was told by a classmate that a class discussion was easier to facilitate without a “black presence” in the room. Now administrators at NYU’s Silver School of Social Work have acknowledged that it has a problem with “ongoing institutional racism,” especially in the classroom.

Shahem Mclaurin, a grad student in the Silver School, described the exchange on Tuesday in a widely shared Twitter thread. Mclaurin said he didn’t want to miss his classes while he was in Paris. For one course he emailed his classmates to ask if any of them could FaceTime him during the class period.

No one obliged. So Mclaurin corresponded with the student who had led that day’s discussion to explain how to FaceTime him in the future, Mclaurin said in a phone interview.

I’m in Paris and didn’t want to miss my classes. I emailed all of my classmates to FaceTime me in the course (professor approved) and they all ignored me. This is the response someone sent me. I want to drop out. pic.twitter.com/se1Ico5Ulp

Then, McLaurin said, that student replied, “I’m just trying to be honest with you on why we did not end up calling you.” Part of the reason, the student wrote in an email, was “because I found it easier to lead the discussion without black presence in the room, since I do feel somewhat uncomfortable with the (perceived) threat that it poses — something which I have been working on, but it will take more time than I would like it to be.”

Mclaurin posted a screenshot of the email on Twitter. “You would think,” he tweeted, that “NYU was not like this, especially their SOCIAL WORK program. But I guess it is. I’m very tired. I’ve been dealing with this since I started.”

Mclaurin told The Chronicle that he was “very hurt” by the email. He said he’d previously raised concerns about this student with the school’s administration, “basically to no avail.” Last semester the student said some “blatantly racist things,” said Mclaurin, who declined to identify the student.

The School of Social work is “troubled” by the email exchange, John Beckman, an NYU spokesman, said in a written statement. “No student should be made to feel unwelcome in any setting at NYU because of his or her race,” he added.

In a joint email to the campus, three officials — Neil B. Guterman, the school’s dean; Courtney R. O’Mealley, associate dean of student affairs; and James I. Martin, associate dean of academic affairs — said they were “deeply sorry” to hear that a student had “experienced exclusion and bias.”

Both Guterman and O’Mealley reached out to Mclaurin, the email says, and “both students involved in the email exchange indicated their desire to resolve the issues in the class.”

The administrators also said that the episode took place in the broader context of “ongoing institutional racism at Silver, especially in classrooms.”

Last year several graduate-student groups wrote a joint letter to administrators, saying that the Silver School remains “a hostile environment for many students, faculty, and staff of color.” Not enough had changed, the students wrote, since 2010, when students organized to demand that the school reckon with its environment and its “deficient social-work education due to its lack of attention to racial justice.”

Part of the school’s next faculty meeting will be devoted to producing a collective statement of commitment to “intensive work on teaching and learning around issues of equity, inclusion, and belonging at Silver,” the administrators said in their message. The school has also contacted an “external consultant” to help with that mission.

Mclaurin compiled a list of actions that the Silver School should take to address those systemic issues. Professors should be better equipped to facilitate difficult conversations about race, he said, so that students of color don’t leave class feeling attacked or as the butt of a joke. The school could team up with local groups to conduct cultural-competency training, he said.

“My goal isn’t to have anyone expelled, but it is something that people should learn from.”

“My goal isn’t to have anyone expelled” because of this email, Mclaurin said, “but it is something that people should learn from.”

He added that he worries that in the future much of the work of reckoning with racist incidents will implicitly be left to black students.

“I signed up for school to go to school,” Mclaurin said. He didn’t sign up to be anyone’s “revolutionary leader.” But when problems emerge, Mclaurin said, “it’s almost like black students have no choice but to take on roles like this.”

Emma Pettit is a staff reporter at The Chronicle. Follow her on Twitter @EmmaJanePettit, or email her at emma.pettit@chronicle.com.