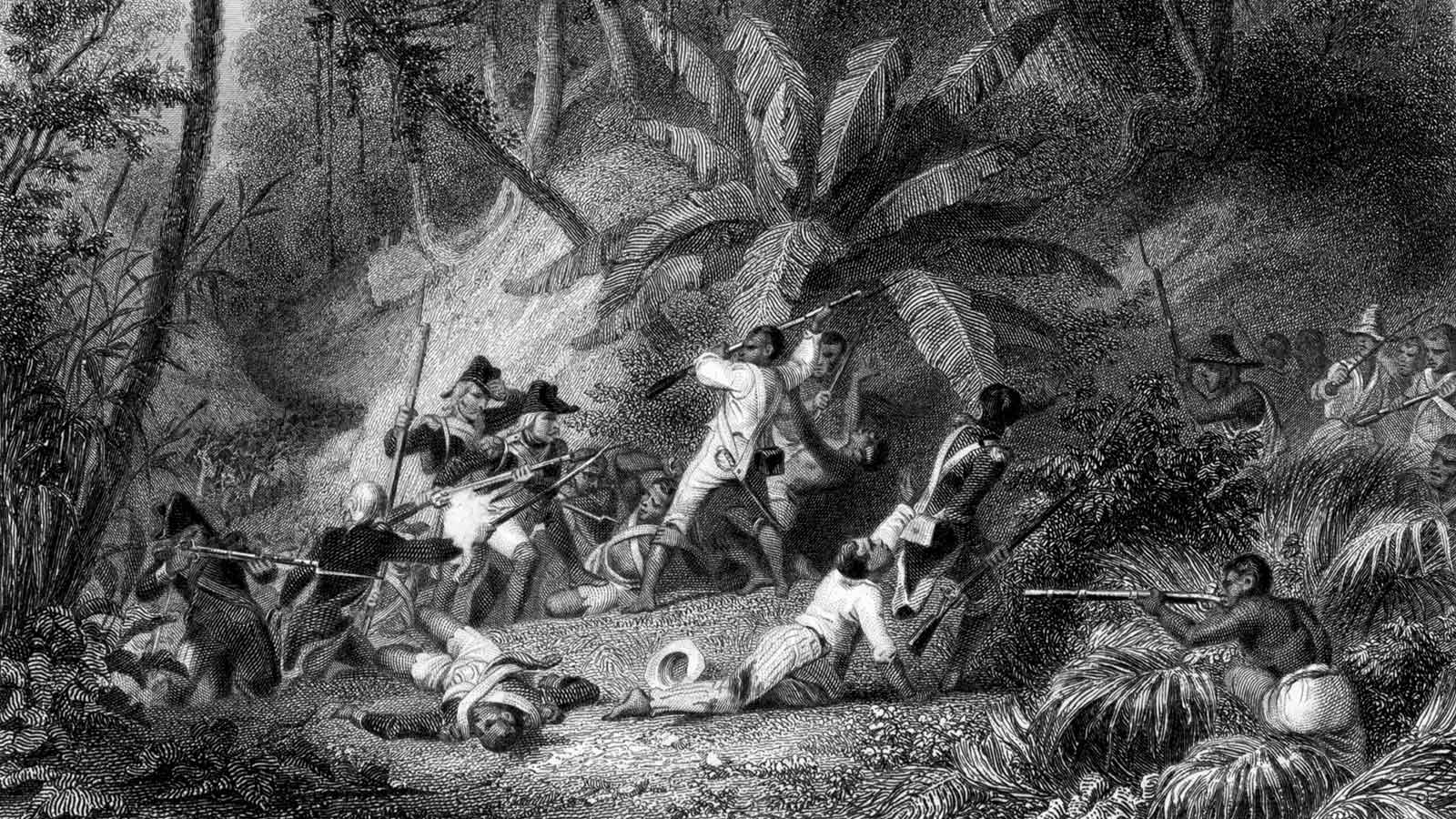 We owe Haiti a debt we can’t repay

You Are Here: Home » Blog » Commentaries/Opinions » We owe Haiti a debt we can’t repay

Haitians carried out the first and only successful slave revolt in modern history, then repelled Napoleon’s forces, making way for the Louisiana Purchase.

When assassins killed President Jovenel Moïse of Haiti on July 7, pushing the country to the brink of chaos, it may have struck many Americans as the latest in a string of political upheavals and destabilizing disasters in an unfortunate country with which the United States should have little to do. But the revelation that two of the suspects were American citizens was a reminder of the complicated history of our relations with Haiti — a needlessly tragic history, driven by self-interest and the politics of racism.

As the United States now offers to help Haiti restore political order, it should be kept squarely in mind that Haiti is more than just a troubled neighbor. It is a nation whose revolutionary fight for freedom helped make the United States the country that it is today.

In 1791 the enslaved people of Haiti, then known as St. Domingue, engineered the first and only successful slave revolt in modern history. St. Domingue was France’s richest colony, made so by the worldwide demand for sugar and the slavery-based economy that fulfilled it. Led by Toussaint Louverture, Africans on the island violently threw off their enslavers, whose countrymen themselves had only recently overthrown a monarchy that had oppressed people for generations. For reasons both strategic and principled, in early 1794, the French government accepted the declaration of the end of slavery in St. Domingue made by the rebels in August of 1793. Some in France saw abolition as in keeping with their own revolutionary ideals.

This period is popularly known as the “Age of Revolution.” First came the Americans, aided by the French, in 1776. The French followed with the fall of the Bastille in 1789. Thomas Jefferson, an ardent supporter of the French Revolution and still under its spell, wrote to his daughter Martha in 1793 as if the events in St. Domingue were part of an unstoppable wave sweeping the globe. “St. Domingo has expelled all its whites, has given freedom to all its blacks, has established a regular government of the blacks and colored people, and seems now to have taken its ultimate form, and that to which all of the West India islands must come.”

Americans watched these proceedings closely. As refugees from St. Domingue arrived in the United States, bringing news of the successful revolt, white Southerners were alarmed, fearing replication of the events on the island. Apparently, when whites fought and killed for their freedom, as the Americans and French had, it was noble and heroic. But when Blacks killed whites, who had used force to enslave them and would not be talked out of the practice, they were simply murderers.

Many Black Southerners, however, were inspired. In 1800, a man named Gabriel planned, with some other Blacks in Richmond, Va., to strike against slavery. The plot was foiled, and white Virginians put in place new restrictions on the enslaved and on free Blacks in the state, hoping to prevent other revolts. President Jefferson, mindful of the desires of his Southern political base, adopted a hostile stance toward St. Domingue. The stage was set for isolation of the tiny island nation, a choice that had enormous consequences for its development.

Napoleon brought a new challenge to St. Domingue when he decided in 1802 to reassert control over French colonies in the Americas. He sent a fleet to the island to accomplish the task. The residents fought back and, with the help of Aedes aegypti, the mosquito that carries yellow fever, repelled the invaders. This victory was fateful not only for the residents of St. Domingue, who went on to form an independent republic that they renamed Haiti, but also for the course of American history.

Napoleon, as part of his plan to re-establish the French empire in the Caribbean, was hoping to use the territory of Louisiana as a supply station for the island colonies. Once the Haitians had shattered his dream, Napoleon saw no reason to hold on to the territory. He was eager to sell it, and President Jefferson was equally eager to buy.

The purchase doubled the size of the United States, which obtained 530 million acres for $15 million. If not for the French defeat at the hands of the Haitians, the sale may not have come off, leaving the United States possibly forever divided by a huge swath of French-controlled land or forced into armed conflict with the French over it. Of course, what the United States really bought from France was the right to contend with the various Indigenous people who had their own claims to the land.

Instead of welcoming and supporting the fledgling republic, the United States refused to recognize Haiti until 1862, after the Southern states seceded from the Union. Despite this formal recognition, after the assassination of President Vilbrun Guillaume Sam in 1915, the United States occupied the island until 1934.

Think of how different its prospects would have been had Haiti been fully embraced from the very beginning, instead of reviled, and if Haitians hadn’t been forced in 1825, in one of the most disgraceful details in the history of the oppression of Haiti, to pay reparations to their enslavers and their heirs in exchange for official recognition. The reparations created a crushing debt that blighted the country’s future.

Throughout this history, race was at the heart of the matter, as even Jefferson in his old age acknowledged. The Haitians, who suffered enormously for their victory in the early years of the 19th century and who were treated so poorly by Americans and Europeans for decades after that, gave the people and the government of the United States a generally unrecognized benefit. Writing in “History of the United States During the Administrations of Thomas Jefferson,” Henry Adams said it plainly: the “prejudice of race alone blinded the American people to the debt they owed to the desperate courage of 500,000 Haitian Negroes who would not be enslaved.”

Americans’ debt to the Haitian people may never be repaid. But if we are supposed to be able to learn from history, we should be obliged, in true good faith, to try.

Ms. Gordon-Reed, a professor of law and American history, is the author, most recently, of “On Juneteenth.”
Source: New York Times
Featured Image: “Battle of Ravine-à-Couleuvres,” by Karl Girardet and Jean-Jacques Outhwaite (Bettmann Archive, Getty Images)