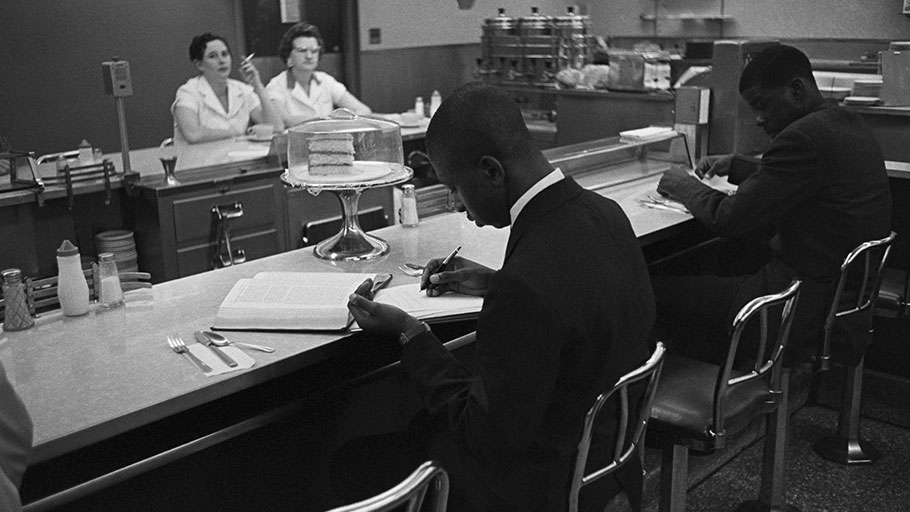 What People Still Get Wrong About Segregation

You Are Here: Home » Blog » Commentaries/Opinions » What People Still Get Wrong About Segregation

African-American students from Saint Augustine College study while participating in a sit-in at a lunch counter reserved for white customers in Raleigh, N.C. on February 1, 1960.

During Black History Month and beyond, Americans are generally taught to believe that contact between white and black Americans was gradually prohibited after Reconstruction through a combination of social and legal traditions. Under the regime of Jim Crow segregation, two supposedly “separate but equal” societies gradually emerged — one for white people, another for black people — and lasted until the ’50s and ’60s.

The two societies in that infamous phrase were never equal, as the Supreme Court acknowledged in 1954 in Brown v. Board of Education, but the “separate” part of the equation is misleading, too. In fact, in the Jim Crow South, Americans of different races lived in extremely close contact — contact that was vital to maintaining and perpetuating racist and unequal ideologies; contact that manifested through never-ending physical and psychological violence.

Little shows the intensity of these inseparable and unequal interactions better than a typical day for Southern black women, perhaps as many as 90% of whom labored as maids for white families from the late 19th century until the 1960s.

Though the idea that segregation meant separation is still common, it’s easy to learn what the reality was like, thanks to a landmark collection of oral histories, The Maid Narratives — but also works such as bell hooks’ Ain’t I a Woman, Jacqueline Jones’ Labor of Love, Labor of Sorrow, Leon F. Litwack’s Trouble in Mind, Vanessa H. May’s Unprotected Labor, Danielle L. McGuire’s At the Dark End of the Street, Anne Moody’s Coming of Age in Mississippi and Susan Tucker’s Telling Memories Among Southern Women.

The story those resources tell is one of 10 to 12 hour workdays, perhaps beginning with taking a bus, alongside white and black riders. Custom often required black riders to enter the bus from the front to deposit the fare, and then to step out and (while hoping the white driver didn’t leave first) re-enter through the back door before finally finding a place to sit or stand in the black-only section. Depending on the number of white passengers, the boundary of this not-so-separate section constantly moved forward or back.

In other cases, a black woman working for a white family might have already been at work. While one set of laws would have regulated such residential areas as white-only, other laws exempted her from this codified separation because she was an always-on-call domestic servant for white people.

Throughout her day, she would have cooked for the white family and served them at the dinner table. But she would not have been invited to take the open chair. She would have welcomed white guests through the front door but would never enter through that door herself. She would have cleaned the bathrooms but seldom was allowed to use the toilet herself. Instead, she usually had to go home and come back or simply not use the restroom during the day. She would also have been very aware of the contradictions in the together-and-unequal world she inhabited, including the dichotomy of white people both fearing her “germs” and requiring her to breastfeed their children.

At airports and at restaurants, white-only entrances were hers, too. “We Serve White’s Only – No Spanish or Mexicans” and “Colored Entrance” signs seen throughout the United States were temporarily irrelevant for her, except to further reinforce who was and wasn’t in control. (Exceptions didn’t extend to public swimming pools; she was not allowed to enter the water with white children.)

Such signs wouldn’t have been necessary in a society strictly separated by race. The division that did exist was instead one of opportunity and of respect. Nothing exemplifies this more than the constant threat of rape black women faced — and the worry that their husbands or sons might be targeted by lynch mobs. From 1880 to 1940, over 3,000 black men, mostly in the South, died during such torture.

Nor were domestic workers the only ones who lived segregation in close quarters. Black railroad workers helped white people with their belongings. Black drugstore employees cooked for and helped customers at white-only lunch counters – even though service was unavailable to them as paying customers. Black bus drivers at public universities were separated not physically, but by helping others earn degrees that were off limits to them.

A domestic worker’s own residence — if she had one — and her church (a location that helped foster her everyday resistance and survival) would likely be the only black-only spaces in her life, yet these too were sometimes violated by white violence.

Segregation — with its codes and rituals — was not about physical separation. Segregation did not result in race-based isolation. Indeed, separation wasn’t what the powerful desired. What they wanted, by sorting everyone into a predetermined place, was domination.