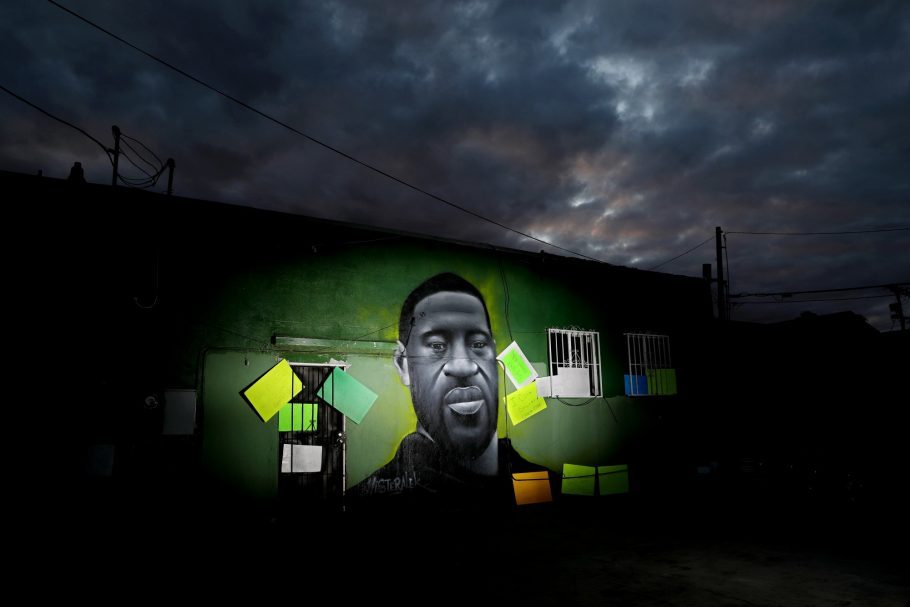 2020 was the year America embraced Black Lives Matter as a movement, not just a moment

You Are Here: Home » Blog » Editors' Choice » 2020 was the year America embraced Black Lives Matter as a movement, not just a moment

For months this summer, these Black and brown faces looked out on us from the boarded-up windows of businesses in Venice, spray-painted on plywood and awaiting riots that never came. Every day, they reminded us — as if we could forget — of the trauma that police brutality inflicted upon our nation this year.

That these images of the dead are now gone, discarded with the plywood as life has hobbled back toward normal, serves as a reminder, too: Turning a moment into a movement is hard, but not half as hard as sustaining it.

Taking to the streets against police brutality and racial injustice in early June seemed like a natural reaction to the searing video of Floyd. What ethical, empathic human being wouldn’t rise up in anger after watching this Black man die on a Minneapolis sidewalk, his neck under the knee of a white cop who couldn’t have cared less about Floyd’s pleas for help? Who wouldn’t take a knee in solidarity after listening to Floyd cry out for his mother with his final breaths while three other cops casually stood by and watched?

True, Floyd was hardly the first Black man — or woman or child, for that matter — we’ve watched die in a viral video, killed by someone with a badge for what often seems like the flimsiest of reasons. He’s not the last, either. It’s just that some people decided long ago not to look. Police brutality, and the white supremacy that has both enabled it and protected it, endures. 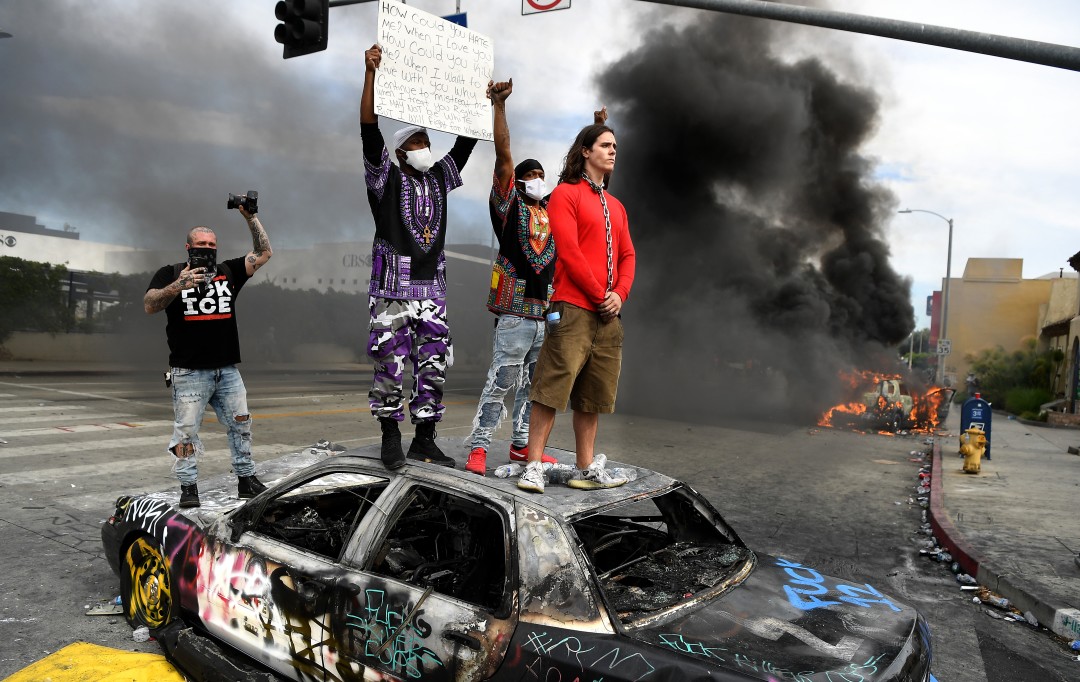 Protesters stand on top of a burned LAPD cruiser as another burns at 3rd Street and Fairfax Avenue in Los Angeles on May 30.(Wally Skalij / Los Angeles Times)

But Floyd’s death, and this year, were different. In the weeks before that awful Memorial Day in Minneapolis, efforts to slow a surge of coronavirus cases had shut down much of the country, particularly the corner of it that is California. For once, even the most privileged had few distractions — no dinner parties, no basketball games or shopping excursions. People were sitting at home in front of their computers and televisions, bored and restless. 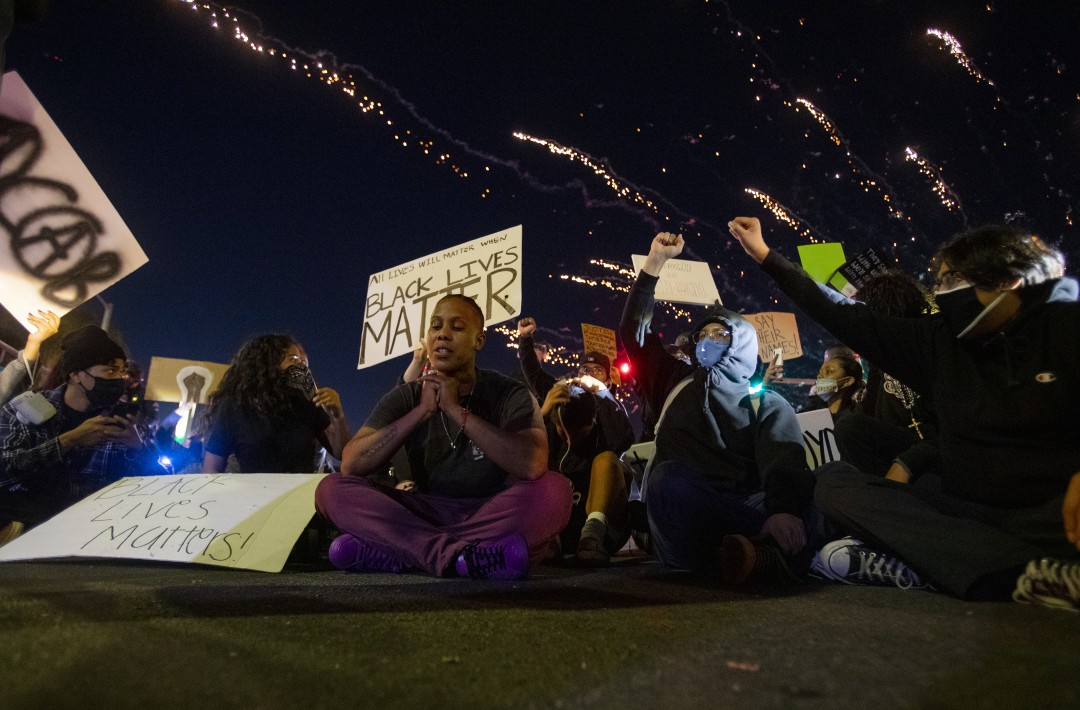 Michelle Usher prays during a protest against the killing of George Floyd at the intersection of McFadden Avenue and Bristol Street in Santa Ana on May 30. (Gina Ferazzi / Los Angeles Times)

So that video of Floyd? Everyone had to look. And many also felt they had to act, not just because of the blatant cruelty and injustice, but also because of what had happened to Taylor in Louisville, Ky., to Guardado in Gardena and to so many other Black and brown victims of police.

The resulting protests persisted for weeks, held not just in urban centers, but in Santa Monica, Beverly Hills and other wealthy enclaves across the country. They were gloriously diverse and sometimes appallingly destructive. And they meant that, for once, people with power had to listen to people without it. It meant that Gov. Gavin Newsom had to speak up, acknowledging the failure of government to truly “tear out” institutional racism. And it meant that the Los Angeles City Council had to take a step toward, if not defunding the police, at least reducing the once-sacrosanct budget of the department.

It was the well-prepared founders of Black Lives Matter, including Californians Alicia Garza, Patrisse Cullors and Opal Tometi, who are most responsible for turning what could have merely been a moment of rage into a months-long movement. They helped transform the public conversation from a reckoning over policing to one over systemic racism in healthcare, education, housing, employment, media and politics.

They and activists from across America are why President-elect Joe Biden felt he had to pick a Black woman to be his running mate. And why Vice President-elect Kamala Harris, in her acceptance speech, had to talk about what it will take to sustain this mass multicultural movement for Black lives. Even when all the reminders are gone. 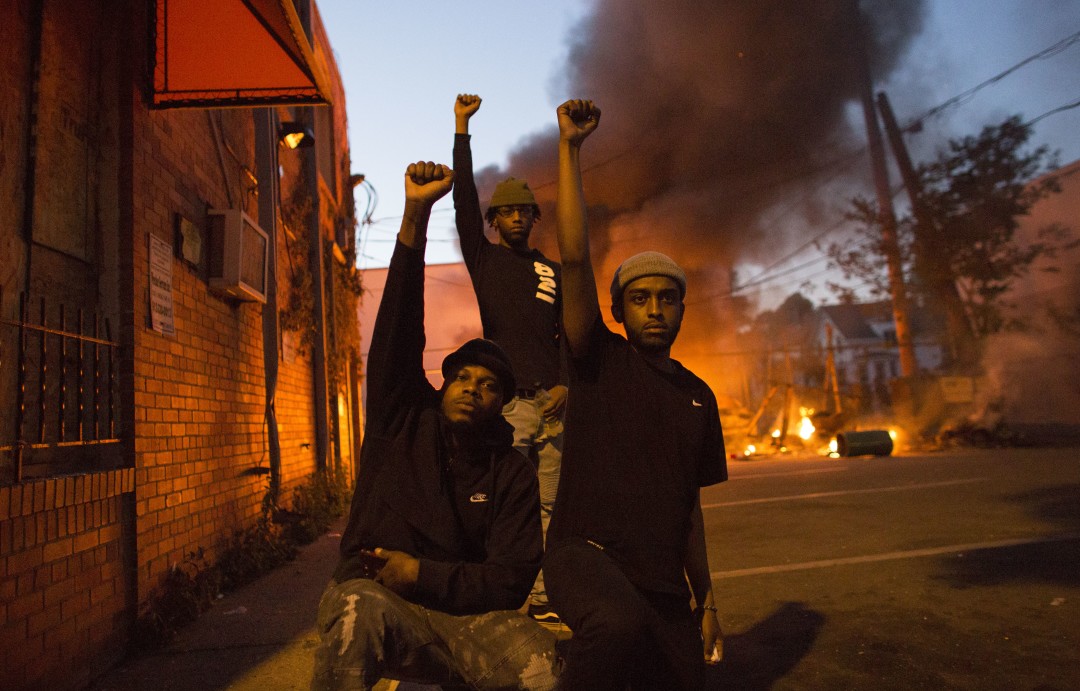